The First Real Oculus Headset Will Be Samsung's Next Smartphone

Yes, that means you're going to be strapping a phone to your head. And you'll like it, too.

To be clear, we're not talking about the new Samsung Galaxy S6 and its accompanying Gear VR headset. It's the one after that. In other words—unless Samsung changes its release strategy between now and then—the unannounced Samsung Galaxy Note 5 and the third iteration of the Gear VR will be the first true Oculus headset. 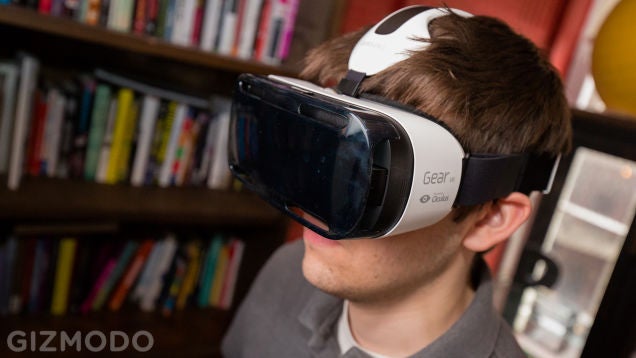 "Oculus is going for it as hard as we can, broad consumer, trying to sell as many units as possible with the next Gear VR," Carmack just announced at the 2015 Game Developers Conference.

Carmack explained that Oculus had originally been sceptical of Gear VR, worried that a VR product with little horsepower and a lot of lingering issues might turn people off of VR altogether. "The nightmare scenario was that people like the demo, they take it home, but they start throwing up... these are the nightmare scenarios that keep CEOs awake at night," he says.

But Oculus was surprised how well the Gear VR was received, and how it actually helped spread the popularity of virtual reality by letting people easily share the experience with friends (we can attest to that!). So now Samsung has Oculus's blessing to go gung-ho on virtual reality.

Carmack does admit that Samsung isn't contractually bound to stick to this schedule, and could decide to change their plans... but that he fully expects Samsung will unleash a marketing blitz. Gear VR demos in every phone shop to sell us on the idea, that sort of thing

It looks like Samsung's going to have a lot of competition in the VR space, with Sony's Project Morpheus for PlayStation 4 and the Valve / HTC Vive headset for PC blowing minds left and right... but it seems pretty likely that a phone is where you'll experience VR for the first time.