Steal This Idea: A Smart Band For Your Dumb Watch

Watches are brilliant, ancient technology. They’re simple, often beautiful, completely functional tiny clocks we strap to our arms and wear out into the world. I love watches, but I think making them “smart” makes them worse. Instead, we should be making smart bands for the dumb, beautiful watches that already exist.

The smartwatch notion of wrapping notifications, biometric fitness tracking and voice control around your wrist is a great idea, but maybe a watch face isn’t the best display for a wearable computer. Imagine this: what if you had a wristband for your analogue watch that does all that same stuff, but with weeks of battery life, a lower price and a discreet low-power display positioned on the back of your wrist?

OK, OK — I hear you. What’s the difference between putting technology on a watch’s band instead of in the actual watch itself? A few things, but largely this: putting modern technology in the face of a watch ruins its timelessness. 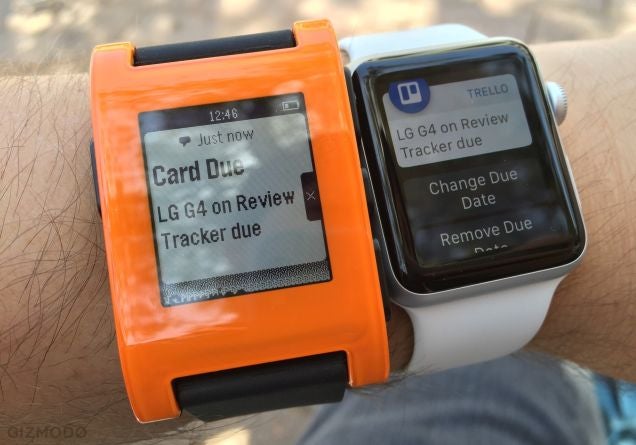 Smartwatch screens: great for notifications, not so great for battery life

But what if you could just replace the band on your grandfather’s gorgeous timepiece with one that gives you the smarts, too? You could replace it again and again as technology evolves, without destroying the original watch’s simple beauty and utility.

Just picture a day with my fictional device: you get an email and glance at the underside of your wrist. There’s a screen there. It’s discreet, hidden from the eyes of someone who might casually peer at your wrist. You privately read an important message from your doctor, turn your wrist back over and check the time. 3:00pm, time to go for a run. The watch band passively kicks into fitness mode and records your heart rate while estimating your distance and step count. Your phone rings, your band vibrates, you flip over your vintage timepiece to see who’s calling. Don’t recognise the number? Shake the band, dismiss the call.

Your phone battery dies when you get home, but you still don’t miss Game Of Thrones because the analogue watch battery lasts for months. Eventually you crawl in bed to track a good night’s sleep. You don’t charge the watch band because its e-ink display sips almost no power. It has battery life that lasts a week or longer. 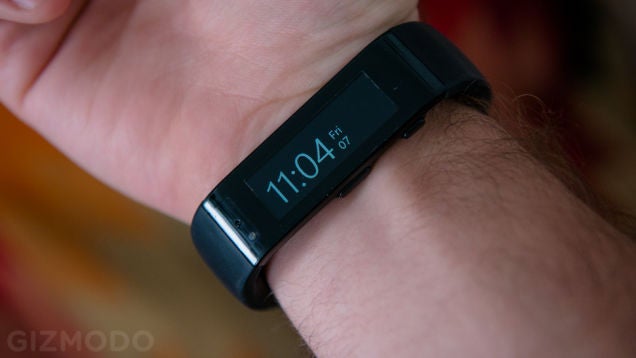 The Microsoft Band already discreetly hides notifications under your wrist.

I don’t know about you, but that scenario covers the majority of things I already do with a smartwatch, without weird drawbacks like “waiting for the screen to turn on” just to check the time. It’s also always useful — if the smart band’s battery does die, I’d still have a perfectly serviceable timepiece. It’s a device that doesn’t exist, but one that would do everything I need from a smartwatch and more.

For my money, smartwatches just aren’t ready yet. They’re too expensive for a device that’s completely dependent on your smartphone to function. We’re not ready for them — but we are ready for smart watch bands. Microsoft, Razer and other companies have already built wearables with discrete, low-power displays. Pebble, Apple, Samsung and other companies are currently working on smartwatch platforms (including one with a tech-infused watch band of its own) that call for smaller, thinner and more flexible components. We have the technology.

This is a completely viable idea — someone just needs to steal it from me.