Microsoft’s Kudo Tsunoda is one of the men in charge of HoloLens, a headset that lets you see virtual objects as if they existed in the real world. At E3 2015, he told me a bit about what we can expect from Microsoft’s holographic computer at launch. He also admitted that one key issue will still need some ironing out.

Pretty much every journalist who’s ever tried HoloLens will tell you the same thing. It’s an amazing experience, right up until you turn your head a little bit and watch the holograms disappear. The HoloLens’s transparent display has a ridiculously tiny field of view, meaning that CG objects only appear in the centre of your vision.

Sadly, according to Tsunoda, that might not improve much by the time you’re using it.

Gizmodo: Is there any technological way to solve that narrow field of view, or is this field of view what you’re looking at for the first version of the device?

Tsunoda: None of the devices that we have are final. So as things progress over time, as we finalise the hardware, you’ll see that some things will change.

The field of view in the device you see today... it certainly is not final, and yet I wouldn’t expect any kind of dramatic difference in what the field of view that we have. So I do think we’re doing good things as far as how we design the experiences, using things like spacial audio to clue you into what’s going on around you. It’s not final, but I would also say it’s not a huge dramatic difference in the final version from what you see today. 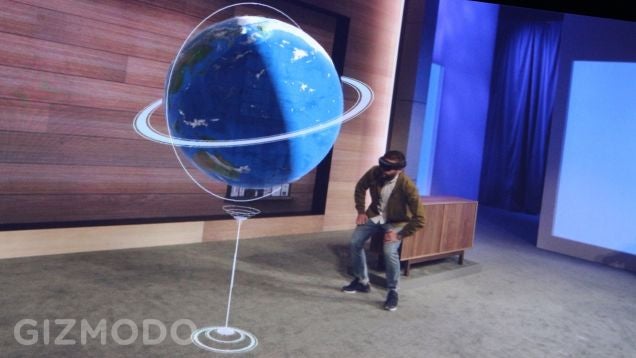 What is an average person going to want to buy a HoloLens for — if they don’t work for NASA’s Jet Propulsion Laboratory, or if they’re not necessarily a die-hard, cutting edge, have-the-latest-peripherals gamer?

Tsunoda: Microsoft HoloLens is not a gaming peripheral, it’s fully untethered, so you’re not attaching Microsoft HoloLens to anything. It’s a standalone holographic computer. So it’s like asking, you know, “Hey what is the main thing you’re going to do when you go buy a PC?”

Different people do different things with PCs. Gamers are going to love gaming on a PC. Other people will love using Skype on their PC. Other people will like learning new things, and so that’s the way we kind of think about Microsoft HoloLens. It’s not about “here’s the one thing people are going to do,” as much as it’s a multipurpose device and it really enables whatever you like to do. Now you’re able to now do it in a new medium with holograms.

We’ve seen with PCs, with phones, with tablets, that some key use cases do come out. You can build an app for anything for your smartphone, but most people use it for these eight things. What are some of the top uses that you think, at this point, they’re going to be used for by average people?

Tsunoda: I think you’re right that there are some categories of things that obviously come to the top more than others. Things like communicating with other people, things like productivity tools, things like being able to learn, being able to create, being entertained. Those are kind of the main use cases of a PC, and those are the same things that you really see us showcasing and highlighting with Microsoft HoloLens.

Am I doing the exact same things I’d be doing on my PC, or slightly different things?

But not my desktop, I’m not going to see my Windows desktop on there and pull up all my old apps and windows and everything, yes?

Tsunoda: If they’re universal windows apps you’ll be able to have those on Microsoft HoloLens, and then just by the nature of things we’re customising [the desktop.] Obviously there’ll be a very familiar and friendly desktop but we do customise a little bit for the holographic environment, so that people can have the best user experience. It will definitely feel very familiar and very Windows. 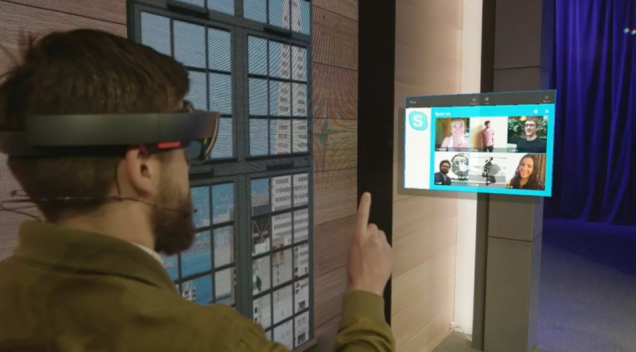 When can we expect to get HoloLens ourselves?

Tsunoda: We’re talking about delivering Microsoft HoloLens and holograms within the Windows 10 timeframe. With Windows 10 coming at the end of July it’s not going to be there at launch, but we’re not talking about years into the future either.

It’ll be in the Windows 10 timeframe, but it’s not going to be that far off.