A Century-Old Device May Be the Future of Electronics

There’s a new device in the works over at DARPA, the agency known for pushing the technological envelope with mind-controlled prosthetics and drone-launching submarines. This latest innovation? The vacuum tube. You might remember it from the first time humans invented it, way back in 1904.

Yes, the vacuum tube, hallmark of early 20th century electronics, may be making a comeback. But this isn’t just DARPA engineers feeling bored or nostalgic: the vacuum tubes of the future will run at higher frequencies and powers than the dinosaur tubes of yesteryear, outperforming their solid state counterparts in certain applications.

But let’s back up a sec. For those who don’t recall, a vacuum tube is simply a device that controls electricity by channeling current between two or more electrodes inside a vacuum. Vacuum tubes were a basic component of many early electronics, including radios, television, radar, recording equipment, and computers. But in the 1950s and 60s, the invention of semiconductors made it possible to produce smaller, more efficient and more durable solid state devices, and vacuum tubes were gradually phased out. Tubes managed stick around in TV and computer displays until the early 2000s, when they were finally replaced with LCDs and plasma screens. 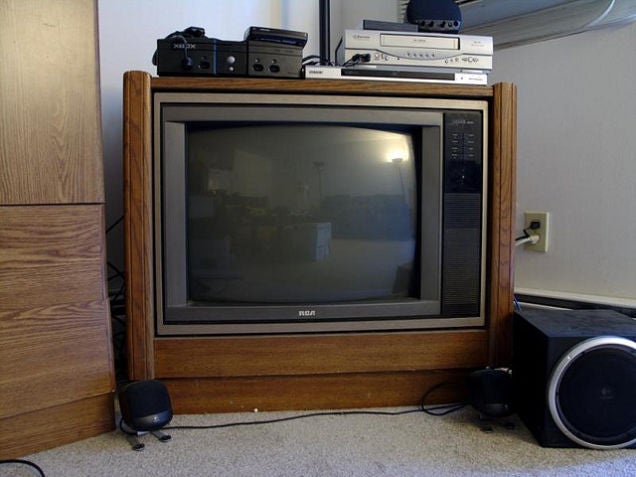 Still, vacuum tubes haven’t disappeared from our lives entirely. The magnetron inside your microwave, which is responsible for blasting out energy and heating your food, includes the same type of vacuum tube that made radar possible in the early 20th century. Vacuum tube tech is still found in communications satellites and modern aviation radar systems, because of its unmatched ability to generate high-frequency signals at chip-melting powers.

“Any time you need to operate at the outer reaches of the power-frequency parameter space, vacuum tubes are the technology of choice,” said Dev Palmer of DARPA’s new Innovative Vacuum Electronic Science and Technology (INVEST) programme in a statement.

Through INVEST, DARPA is now taking vacuum tubes back to the drawing board. The agency hopes to overcome some of the engineering challenges that historically placed upper limits on the operating frequency and power output of tubes. For instance, in the render shown above, a vacuum tube amplifies signals by exchanging kinetic energy in an electron beam (the blue line) with electromagnetic energy (the orange wave). Concepts like this could push vacuum tube performance to new heights.

What sorts of applications does DARPA have in mind for its souped-up tubes? Naturally, defence is high on the priority list:

Vacuum electronic devices capable of operating at higher frequencies and shorter wavelengths (in the millimeter wave region) than can outperform the current generation of devices will provide significant defense advantages. Higher power operation yields RF signals that are “louder” and thereby harder to jam and otherwise interfere with. Meanwhile, higher frequency operation brings with it vast swaths of previously unavailable spectrum. This too opens the way to more versatile communication, data transmission and other capabilities that will be beneficial in both military and civilian settings.

So, next time you see a broken CRT TV in a skip and feel inclined to chuckle over the sad, passé technology, remember: tubes once ruled the world. And their descendants may inherit it. [DARPA via Popular Mechanics]