Making sure you have the right ISP isn't always that easy, but it certainly helps to know who's going to offer you the best speeds. If Netflix is one of the things you enjoy, it turns out that Virgin offers the fastest average speed.

Fortunately, for those of you who don't have Virgin internet, the other ISPs are not too far behind. The slowest average speed in the UK came from EE, which clocked in at 3.18 Mbps. All-in-all, that's not that bad. 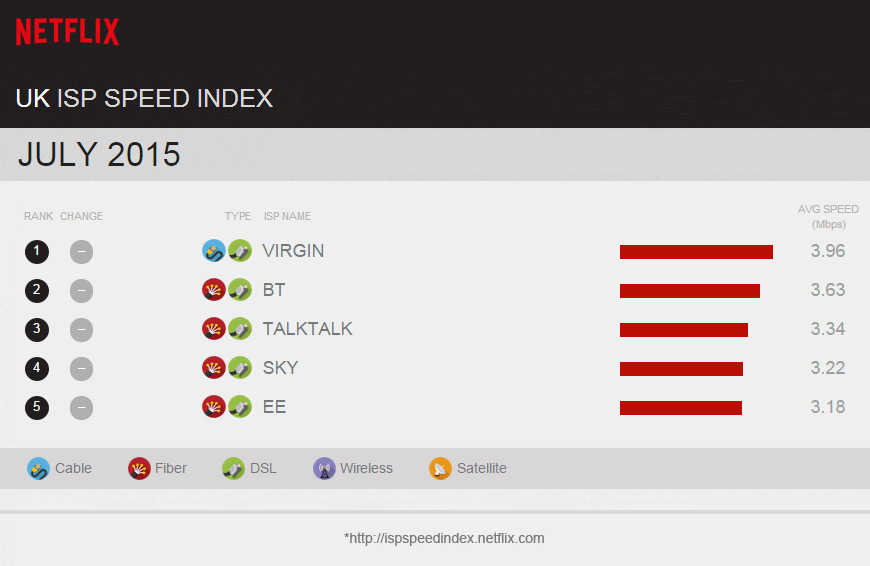 Those are the average speeds, though, so some people will get faster and slower download speeds. The good news is that according to Netflix, speeds have gradually risen across the board over the past three years.

At least now you know, if you want the very best Netflix speeds possible Virgin is the place to go. [Netflix]