What Sorts of Life Forms Could Actually Live on Mars?

NASA this week reignited our hopes of finding alien life when it announced the first direct evidence of liquid water on Mars. But before we start indulging in fantasies of space crabs and reptilian beings, we ought to remember that Mars is a frigid world with a thin atmosphere. And that raises an obvious question: what sorts of life forms could actually live there?

Any life on Mars today is almost certainly microbial, but beyond that, we can’t be sure of anything until we actually dig it up and study it. Still, we can make some educated guesses about the nature of Martian life, by taking a deep dive into some of the weirdest biology on planet Earth.

Per NASA, the “strongest evidence yet” that liquid water flows intermittently on the Martian surface comes from a new spectroscopic analysis, which found hydrated perchlorate salts in flow streaks on the walls of Martian craters. Dissolving salt in water is one of the best ways of keeping it frozen at subzero temperatures, and perchlorate salts, which consist of chlorine and oxygen bound to various other atoms, do the job better than most. Certain perchlorates are known to keep liquids from freezing at temperatures as low as -94 degrees Fahrenheit (-70 degrees Celsius).

So the thinking goes that on Mars, briny liquid water occasionally flows down crater walls, depositing salt streaks as it evaporates into the thin atmosphere. Whether that water originates in subsurface reservoirs, or if perchlorate salts are literally pulling water vapor from the air remains to be seen.

Now, before we get too deep into our biological speculation here, it’s important to bear in mind that these brines may be too extreme for any life, full stop. “There are brines on Earth that are too salty for life,” NASA astrobiologist and noted Martian terraforming enthusiast Chris McKay told Gizmodo in an email. “The most famous is Don Juan Pond in Antarctica. This [Martian] brine is even saltier than the calcium chloride brine in Don Juan Pond.”

Be that as it may, these brines are still a good place for us to begin imagining the types of habitats that could exist on Mars, and the adaptations life would need to survive. So, what sorts of life forms can live in very cold, very salty water?

Over the years, scientists have identified a wide range of halophilic (salt-loving) and psychrophilic (cold-loving) microbes here on Earth. Recently, we’ve even found a few psychrohalophiles — you guessed it, cold-salt lovers — that thrive in briny, Antarctic lakes or veins of liquid sandwiched within glacial ice sheets. The temperature and salinity limits for these organisms aren’t well-established, although a rough limit of of 10º F (-12ºC) for cell division and -4ºF (-20ºC) for basic metabolic functions has been proposed. One psychrohalophile, Psychromonas ingrahamii, grows at temperatures as low as -12ºC and salt concentrations of up to 20 per cent. 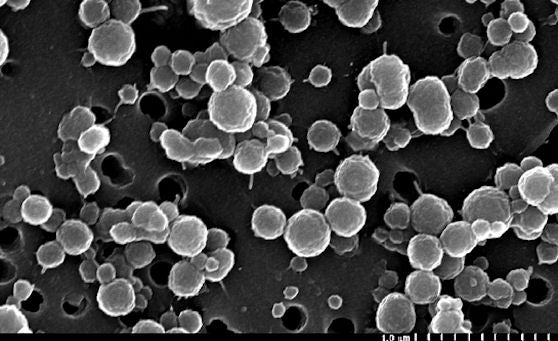 How do microbes on Earth manage in this kind of environment? To keep from shrivelling up like a slug in salt pile, halophiles actively pull salt inside their cells. Being salty puts the osmosis gradient on your side (water flows into your cell, not out of it), but it also has the added perk of ensuring you don’t freeze solid — which would make metabolism rather impossible. 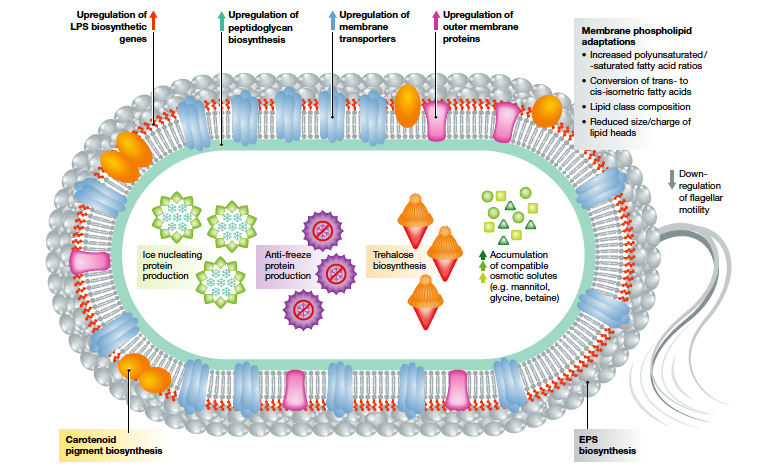 Salt balance aside, a number of other adaptations help psychrophiles from clamming up in the cold. Psychrophile cell membranes tend to be rich in unsaturated fatty acids compared with saturated fats (think olive oil versus butter), and contain additional transport proteins for moving materials in and out of the cell. Their enzymes are more structurally flexible than their fair-weather counterparts. Some of these critters even produce antifreeze proteins, which help limit the growth of ice crystals within their cells.

Finally, genetic analyses show that psychrophiles tend to harbour a large number of “mobile DNA elements” — genes that encode cold-adaptive traits that can be swapped from microbe to microbe. If you’re a psychrophile in an Antarctic brine, and you’re missing a certain protein that’s critical for survival, you might just be able to acquire the genetic blueprints from a neighbour.

The adaptations of psychrohalophiles on Earth hint at the possible life strategies of Martian microbes. But there are a few other big, big challenges that any life forms on Mars would have to overcome. First, there’s the fact that Mars, lacking an ozone layer, is blasted all day long with sterilising UV radiation. Then there’s the actual nature of the salts in the Martian brines we’ve found so far. Perchlorates are highly corrosive compounds, toxic to most organisms on Earth. 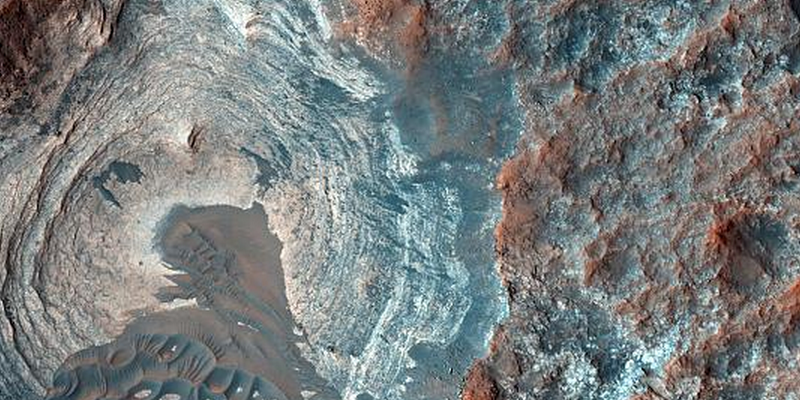 Basically, our Martian microbes would have to get over the fact that Mars is a a toxic, radiation-filled wasteland.

One way to avoid the radiation would be to live underground. Maybe the perchlorate streaks we’re seeing are indicative of subsurface aquifers, and maybe those aquifers offer a radiation-free refuge. But we’re not at all sure that this is the case. In fact, in a press conference yesterday NASA made it clear that it favours another hypothesis for the formation of perchlorate brines — a process known as deliquesence, wherein salts literally pull water out of the atmosphere.

It’s hard to imagine life as we know it making a living in salty water that condenses from the atmosphere, only to re-evaporate soon after. But maybe not impossible; again, we can find analogous situations here on Earth. In the Atacama desert, one of the driest and most radiation-ridden environments on the planet, scientists find microbes living in thin films of liquid water on the surface of salt crystals. According to a paper published in 2011 in the journal Astrobiology, these thin films are probably formed by deliquesence. 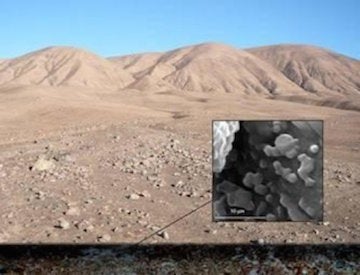 Perhaps the biggest reason astrobiologists are taking the discovery of liquid water on Mars with a grain of salt (heh) has to do with the perchlorate itself. As lead study author Lujendra Ojha told Space.com, perchlorates have a very low “water activity,” meaning the water within them is not easy for life to use. “If [these brines] are perchlorate-saturated brines, then life as we know [it] on Earth could not survive in such low water activity,” Ojha said. Oh, and in addition to low water activity, perchlorate is straight-up toxic to most life on Earth.

But we should keep an open mind, because if there’s one thing microbial life on Earth has demonstrated time and again, it’s an astounding ability to adapt to toxic environments. There are bugs that thrive in highly corrosive acid mine drainage sites and arsenic lakes. We’ve documented arctic microbes adapting to rising levels of mercury pollution. Microbiologists have even found evidence of bacterial enzymes — here on Earth — that might degrade perchlorate. 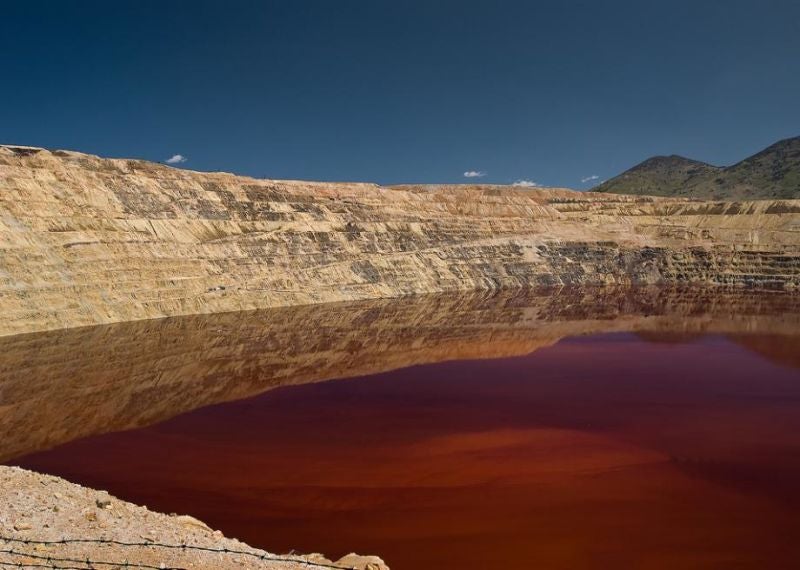 Setting aside the perchlorate brines, there could be other environments on Mars that are more hospitable to life. As science writer Emily Lakdawalla pointed out in a blog post, another promising environment is the thin films of water the Mars Phoenix lander observed in the soil at its circumpolar landing site. “A less-accessible, but also less-radiation-fried and more-continuously-habitable place would be deep underground, where Mars’s internal heat could keep groundwater liquid for very long periods of time,” Lakdawalla writes. (Deep subsurface water is one of the things NASA’s InSight lander could help us find).

Definitive evidence of liquid water on Mars doesn’t mean that there’s life on Mars. But it does offer some tangible hope. As planetary director Jim Green said of the news yesterday, “Everywhere we go where there is liquid water, we find life.” The exact nature of that life is something we can’t be certain of until we get our hands on some samples. And the mission to do that is coming. A Mars rover capable of collecting samples to hunt for “chemical fossils” or other evidence of life is scheduled to head to the Red Planet in 2020.

But given what we know and what we’re now learning about the Martian environment, it seems fair to say that any life we do find will be truly astounding.

Victor Parro et al. 2011. A Microbial Oasis in the Hypersaline Atacama Subsurface Discovered by a Life Detector Chip: Implications for the Search for Life on Mars.Astrobiology. Link.