The butterfly effect is a funny thing. You never know where one discovery will lead. Take the automobile: It changed the world, transforming cities and small towns. And it also led to raccoons leaving America—and, possibly, taking over Europe.

In the 1910s and 1920s, the automobile was taking off both as a practical invention and as a symbol of youth, freedom, and rebellion. While it had many advantages, warmth wasn’t one of them. The whistling wind and the lack of enclosure, along with the occasional breakdown due to unpaved roads or faulty equipment, meant any driver had to wear warm clothing. The people who bought the first cars could have chosen any coats they wanted, but being kids, naturally chose the equivalent of ripped jeans, cowboy boots, or a battered leather jacket—the raccoon-skin coat. 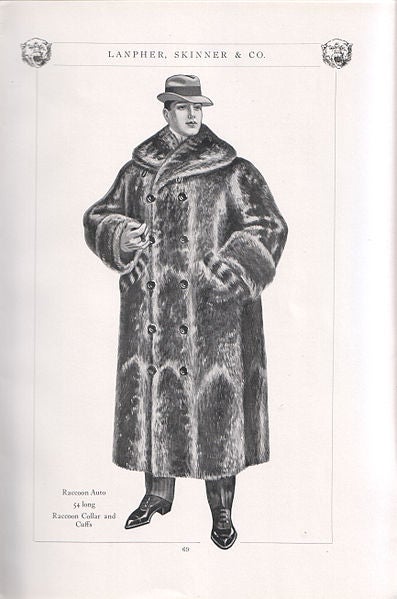 These coats made the hop across the Atlantic, and a few animals did as well. German fur manufacturers started fur farms—but it was in everyone’s best interest to keep the raccoons contained. Then, in 1934, a German hunter named Rolf Haag had the bright idea that Germany should also cash in on the fun of hunting raccoons for their coats. This being an utterly different time, Haag managed to convince a forestry official to go along with his plan. He released four raccoons into the wild.

Now there are roughly a million raccoons in Germany. They live in suburbs. They live in cities. They live in forests. They’re beginning to live in the countries neighbouring Germany. They’ve even been spotted in England and Spain. At this point, officials have no way to eliminate or even contain them. They’re a masked plague rampaging unchecked in the countryside. And why? Because of the flapper and the Model T and the weirdness of the world. [Source: Feral Cities, by Tristan Donovan]