How Microsoft Kept the Surface Book's Coolest Feature a Secret

The jaw-dropping new Surface Book arrived with a splash of glitter and surprise. It’s so beautiful, so powerful, so— Oh wait holy shit the screen comes off?! Nobody expected this, and that’s exactly how Microsoft wanted it.

The Surface Book’s coolest feature was also its best kept secret. As Wired’s David Pierce explains in a lovely behind-the-scenes look at the development process, the Microsoft engineers working on the project were under strict orders to keep the detaching screen trick shrouded in mystery. How they did it was relatively straightforward.

“No matter what demo I do,” Panay told his team, “no matter what retail meeting I’m in, no one gets to see it with the top off.” They disabled the function, and even took the key off the keyboard. No one outside of Microsoft employees and the occasional privileged family member saw that the Book’s screen could detach until about a month before launch.

They told no one about it. No one!

It’s hard to keep a secret in the age of the internet. Even Apple, the archetype of a secretive shop, has dealt with big leaks. Surface Book is one of the company’s biggest ideas in years—an nobody had any idea it was coming. 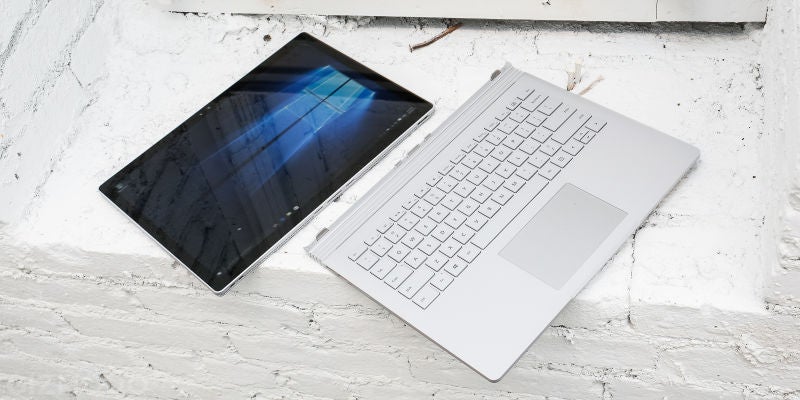