As with iOS, the Photos app in OS X El Capitan now supports third-party extensions: that means other apps can plug directly into the Photos interface to give you quicker access to more effects and tools. Here’s how to get started with the new feature. 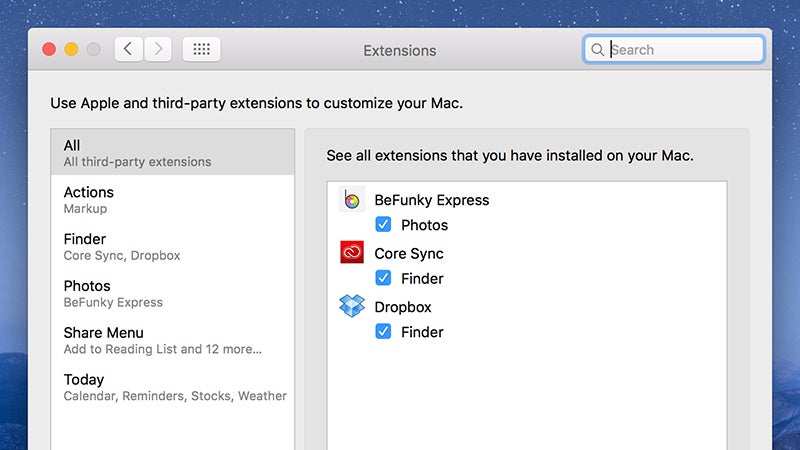 First and foremost you need to install an app or two that supports the new feature; right now there aren’t too many that have been given the necessary upgrade, but Affinity, Tonality and BeFunky Express are three apps that offer Photos integration already (we’re using the latter here).

With your photo editing app of choice installed on your Mac, open up the System Preferences from the Apple menu then click Extensions and Photos. Put a tick next to all the apps you want to use inside the Photos interface. Next, open up the Photos app to get at your pictures.

Double-click on an image to select it, then choose Edit and Extensions. Pick your app and the tools available inside it are now available right from the Photos app — the options listed will vary from program to program but you should be able to use them as you normally would.