Heading off to sleep with a bed full of plastic pointy space ships is a recipe for an uncomfortable (and unsafe) slumber. So if your kid will only doze off after a space battle, these plush versions of ships from the upcoming Star Wars: The Force Awakens are a better alternative.

The fleet includes Poe Dameron’s X-Wing fighter, the upgraded Millennium Falcon, the Special Order TIE fighter, and one of those wacky new Star Destroyers. The longest is about eight-inches long, so having all four of them in bed will by no means crowd out a kid. And they’re just £8.58 ($13) each so buying the entire fleet won’t require a taxation on an entire galaxy. [ThinkGeek] 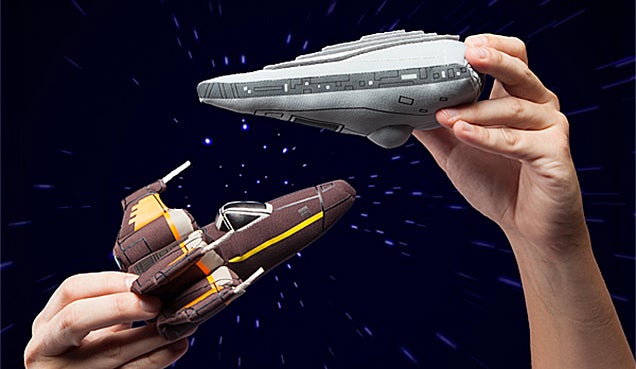