Scientists Acquire More Proof That Only Beavers Can Save the World

We’ve already seen how beavers can save California from its seemingly endless drought. Now it looks like they can save the world from industrial farming by changing the chemistry of the water, making them natural biochemists.

For quite some time, the world starved for nitrogen. It’s a necessary component for life, and essential for growing crops. Nitrogen makes up most of the atmosphere around us, but getting it out of the air and into the soil could only be done by certain plants and creatures. As nitrogen was sucked from the soil, crop land grew less and less productive and people went hungry. The discovery of nitrogen fixation — grabbing nitrogen from the air and putting it into fertilisers — has saved billions of people from starvation.

But every discovery has its drawbacks. Nitrogen fertilisers on farm land get washed into streams, where they fuel an algae population boom. The algae use up the oxygen in the streams, the rivers, and eventually parts of the ocean, leaving nothing for the fish and leading to large “dead zones.” 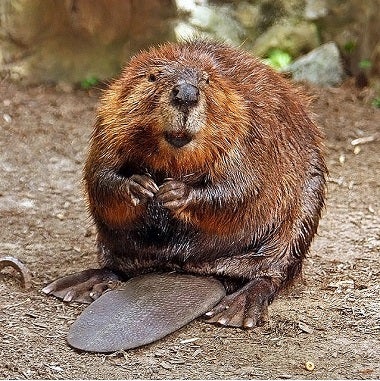 Biologists at the University of Rhode Island were studying the nitrogen content of streams and noticed something odd: whenever there were beaver ponds upstream, nitrogen levels dropped. Beaver ponds slow down river water, and they mix it with organic matter, which must have an effect on river chemistry, but scientists didn’t know exactly what was happening in that murky water.

So they made soda-bottle-sized “ponds” that let them study variations on the conditions the beavers set up in their real-life ponds. And they found a kind of reverse nitrogen fixation process was occurring — call it “denitrification.” Bacteria in the dirt and the plant debris turned nitrates into nitrogen gas. The gas bubbled up to the surface and mixed with the atmosphere once more. In some cases, the level of nitrogen in the water dropped 45 per cent.

The effect was most pronounced in small streams, which lead to bigger rivers and eventually to the ocean. Beavers often set up their homes in these tiny streams—or they did before they were trapped or driven away. Re-introducing them might completely change downstream chemistry, make these environments more livable not just for the beavers, but for their fellow creatures, too. [Source: Beaver Ponds: Resurgent Nitrogen Sinks for Rural Watersheds in the Northeastern United States]