Force Friday may have come and gone, but there’s going to be a lot more Star Wars toys between now and The Force Awakens heading our way. Hasbro have unveiled a bunch of new figures and one of them is none other than Han Solo himself.

Among the other most interesting releases was a new BB-8 figure as part of the 12-inch Titan series of deluxe action figures, showing off some of the droid’s extra features not previously seen in the movie footage released so far: panels on BB-8’s spherical body will pop open to reveal tools like a buzzsaw and a shock probe: 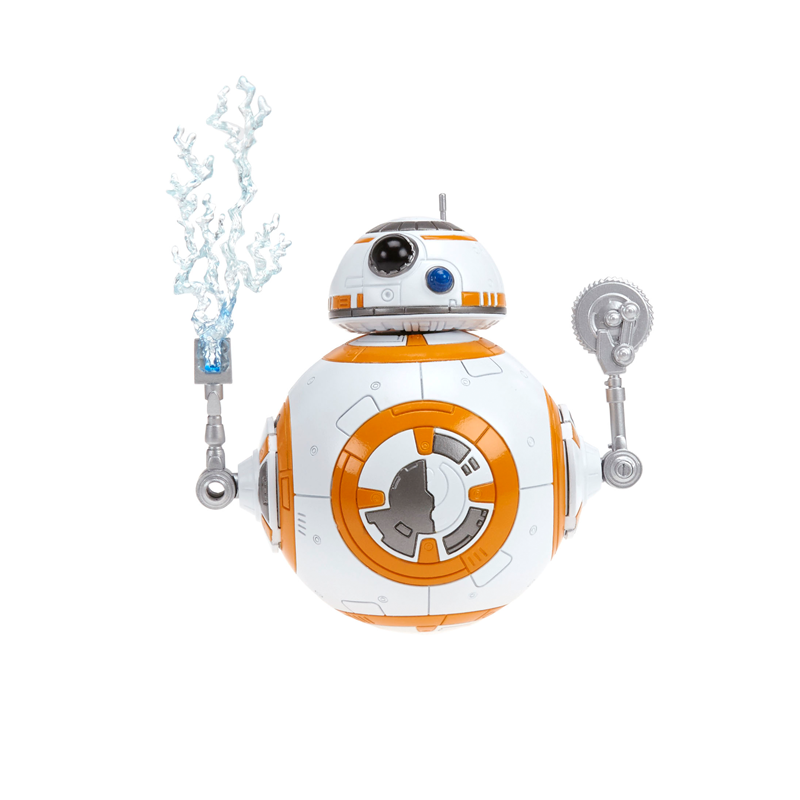 The little guy looks ready to shock and/or slice his way through the ankles of the First Order!

Several other figures were on display, but the highlight was the reveal of a new wave in the 6-inch Black Series action figures: including, for the first time, a version of the older Han Solo we’ll see in the film.

The full wave includes Domnhall Gleeson’s General Hux, and a First Order TIE Pilot and Snowtrooper. The heroes are bolstered by a generic “Resistance Trooper” as well as Ello Asty, an alien X-Wing pilot who was apparently inspired by JJ Abram’s love of all things Beastie Boys. You can check out the full set of promo pictures below: 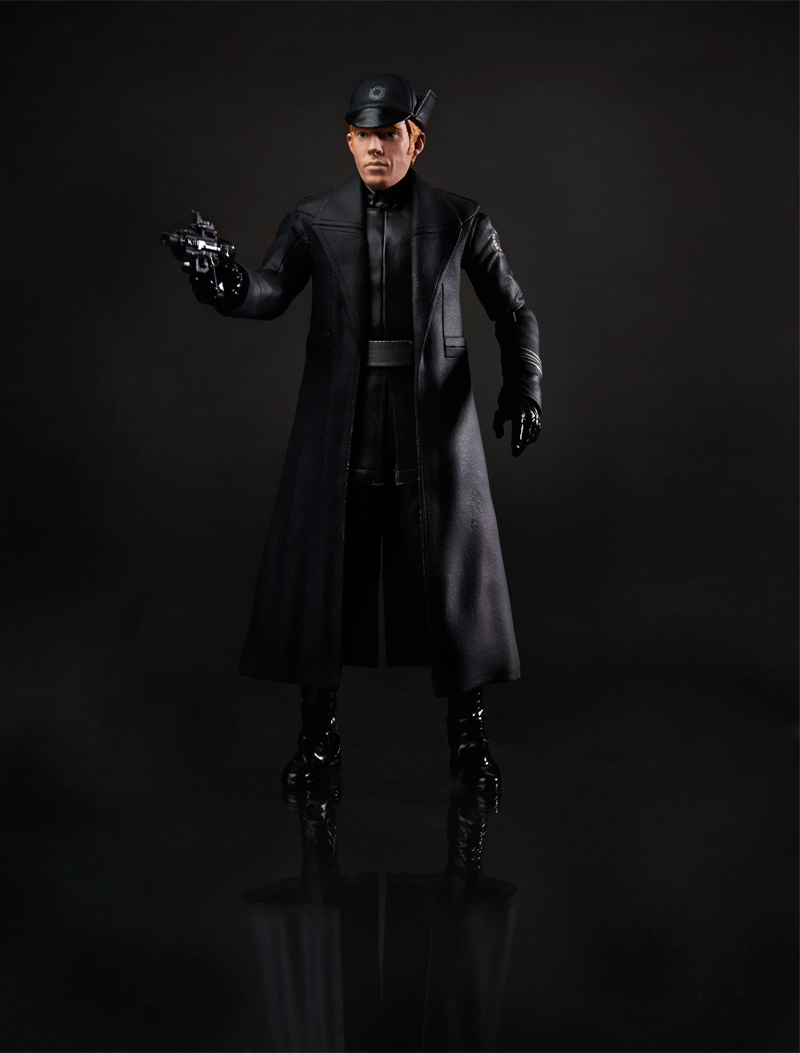 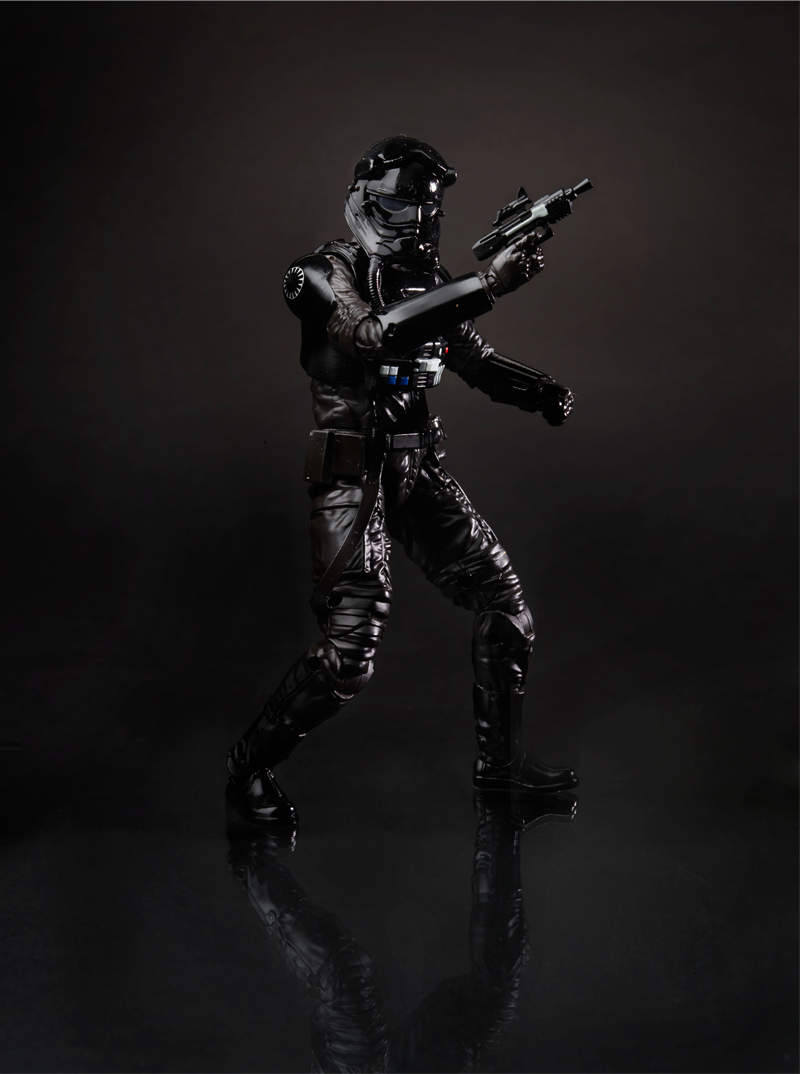 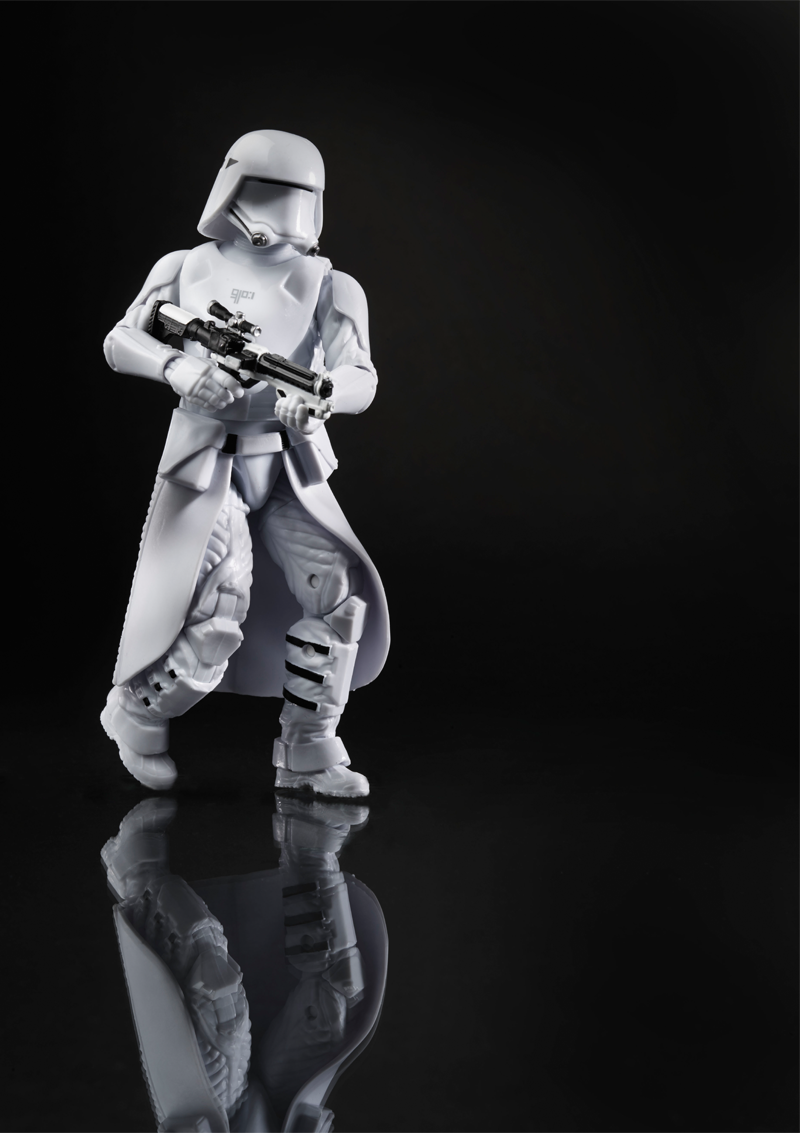 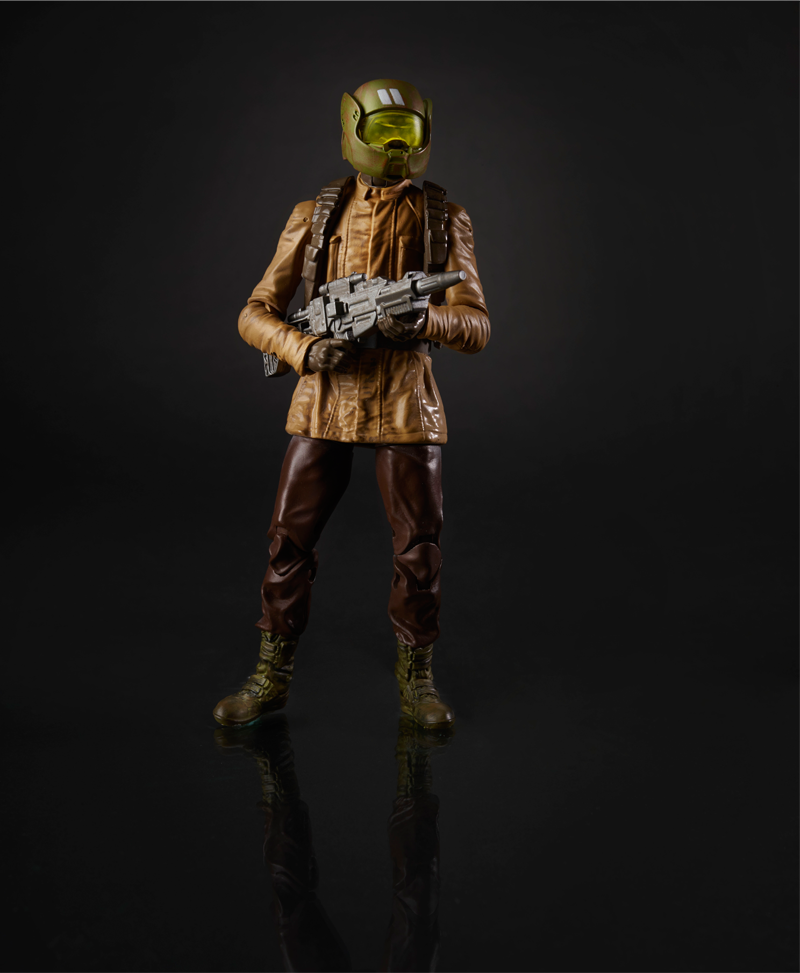 But the real news from the wave is, of course, Han Solo. 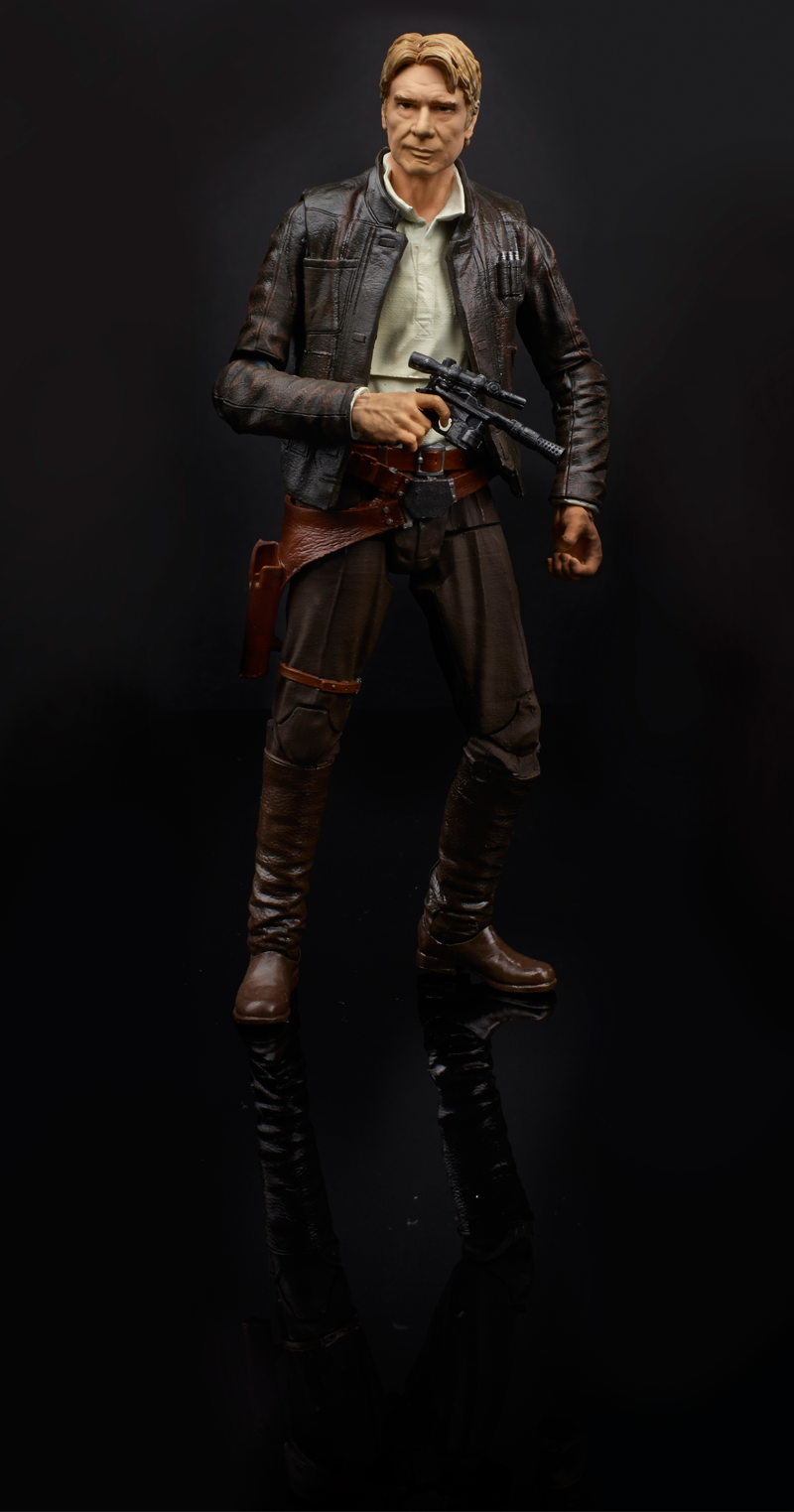 Although the hair could be a little more silver-grey as it is in the film, it’s a pretty great likeness of Harrison Ford. Now that Force Awakens Chewbacca finally has a Han to go with him!

There’s no release date for these figures quite just yet—but you can expect to see them hit store shelves well before Star Wars: The Force Awakens hits theatres on December 18th.