Set design’s loss may be criminal justice’s gain. A new technology may eventually replace luminol in detecting traces of blood.

In films or television police procedurals, the detectives go in, spray up a crime scene with luminol, and sometimes bring over a black light. Immediately their faces are lit up by the bright, blue, flattering glow of insufficiently-concealed gore. We know this isn’t how it happens in real life, but it’s worth considering how thoroughly the detective screwed up by doing any of this.

First of all, the last thing anyone wants in a crime scene is new stuff being sprayed around—especially on evidence that might contain important DNA. Luminol is bad enough, but it also requires a reagent. To keep from contaminating the scene, it’s usually only used when other options have been exhausted. What’s more, the detective probably shouldn’t be able to see anything. Luminol doesn’t turn a vial of blood into a glow stick. In order for it to show up, most people need a very dark room and pretty decent eyes. 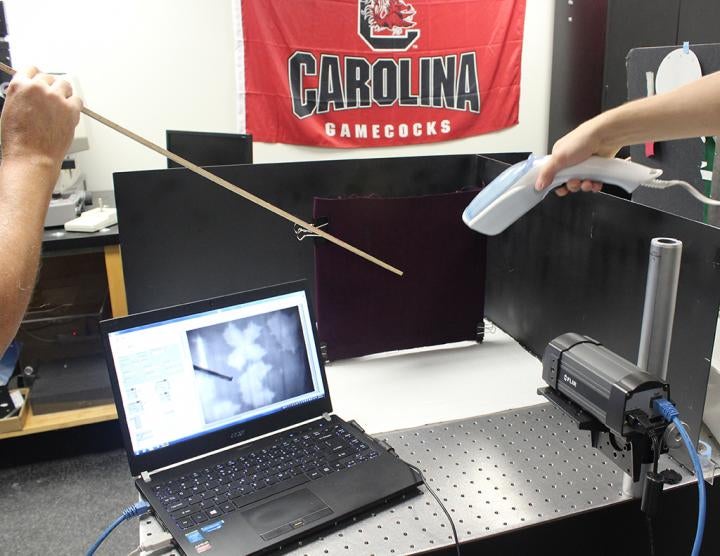 That’s why a new technology might replace luminol. Steam thermography isn’t as rough and ready as luminol. It requires a special steamer, and the resulting steam should heat up an area only about twenty degrees, which would not damage the DNA at a crime scene.

It also requires a special camera, capable of registering infrared light. The infrared light that fabric soaked in blood would give off is different from the light that that fabric alone would give off. A look at the images the camera produces makes the difference obvious. And since the only thing that the crime scene is exposed to is a little bit of water, there’s relatively little contamination.