The 2015 Nobel Prize for Physiology or Medicine just went to three scientists who found parasite-killing chemicals that are now important tools for fighting human diseases. But the chemicals in question weren’t created in a lab: one is produced naturally by a bacterium, the other by a plant used in a traditional Chinese herbal recipe dating back 1,000 years.

William C. Campbell, now a research fellow emeritus at Drew University, and Satoshi Ōmura, now professor emeritus at Kitasato University, discovered avermectins, which has led to a drug that dramatically lowered incidences of African river blindness (Onchocerciasis). They share the prize with Youyou Tu, from the China Academy of Traditional Chinese Medicine, who discovered artemisinin, a drug that has lowered mortality rates for people stricken with malaria. Tu is the 12th woman to be awarded the Nobel Prize for Physiology or Medicine.

Worm-Killing Courtesy of a Bacterium

Ōmura and Campbell discovered avermectins during a research partnership from the 1970s aimed at finding drugs that were effective against parasitic worms. 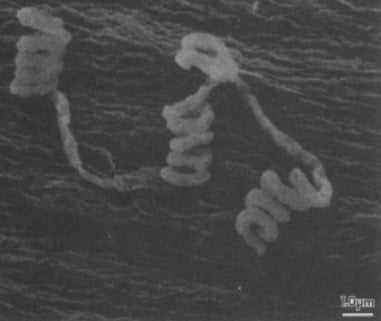 Ōmura’s job was to collect, culture, and screen strains of soil bacteria from the genus Streptomyces, many of which were already known to produce chemicals with antibacterial properties–the drug streptomycin is one example. After working through thousands of different cultures, he sent around 50 strains to Campbell, who tested them on roundworm-infected mice.

One of the cultures – from a bacterium called Streptomyces avermitilis that had been collected near a Japanese golf course – killed the worms, but not the mouse. Further work purified the responsible compound, called avermectin B1, and modified it to create a more powerful version called ivermectin that effectively kills a broad spectrum of roundworms, insects, and spiders with very few side effects to either mammals or birds.

How does it work? The drug takes advantage of a fundamental difference between vertebrates like us and the group of invertebrates that includes parasitic roundworms: a type of ion-moving protein that is only found in the invertebrate cells. Ivermectin grabs onto that invertebrate protein and wedges it open in a way that disrupts nerve function, prevents muscle contractions, and paralyses the animal.

It’s especially toxic to the larvae of parasitic roundworms, which are actively wriggling through their host’s body to get to a spot where they can be picked up by their next host. In the case of African river blindness, that migration can cause skin lesions, intense itching, inflammation and (if they head through the eyes) corneal scarring that eventually causes blindness. A dose of ivermectin kills the larvae before they cause damage. And because the adults’ reproductive tissues also use the same ion-moving protein, it keeps them from having more babies. Regular treatment with ivermectin can also prevent new infections, and has put the complete elimination of African river blindness within reach.

An Anti-Malarial Derived From a Traditional Medicine

Malaria is nasty. Five different species of the mosquito-borne parasite Plasmodium can cause the disease, it kills about half a million people each year, mostly children, and it’s been steadily evolving resistance to the drugs that are used to control it. 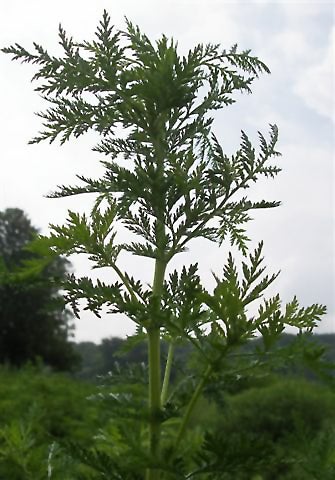 As resistant forms of the parasite appeared in the 1960s, Tu was called on to develop new malaria therapies for China. She used what we would now call an ethnobotanical approach, testing plants used in traditional Chinese malaria remedies to figure out whether they actually worked. Most of them didn’t. She found one that seemed promising: an extract of sweet wormwood (Artemesia annua) sometimes killed Plasmodium, but sometimes it didn’t.

Eventually, Tu found an herbal recipe from 340 AD that made her think the hot extraction technique they were using on the plant might be destroying the active compound. Switching to a low-temperature method produced a mixture that consistently killed all the malarial parasites in infected mice and monkeys. Further purification and testing isolated a molecule, now called artemisinin, that safely destroyed the parasites inside people. (By the time the drug was ready for testing, China’s Cultural Revolution had made it impossible for them to set up a safety trial. So in a totally bad-ass move, Tu’s research team figured out it was safe by testing it on themselves.)

We still don’t understand exactly how artemisinin works. But it seems to destroy malaria parasites during an early phase of their life cycle, and can quickly reduce the number of parasites inside a patient’s blood. A combination technique, that used artemisinin in conjunction with other antimalarial drugs that could wipe out any parasites that remained behind helped to cut the death rate for malaria nearly in half between 2000 and 2013.

These were both phenomenal, Nobel-worthy achievements that saved countless lives. But parasites evolve, and cases of disease resistant to ivermectin and artemisinin are already starting to appear. Let’s hope another generation of nature-searching biologists have got our back. [CDC | Burg et al. 1979 | Miller et al 1979 | Omura and Crump 2004 | Wolstensholme and Rogers 2005 | Tu 2011 | Kim and Schneider 2013 |Li et al 2014 | Antoine et al. 2014 | Bhatt et al 2015]

Top image from the Nobel Assembly at Karolinska Institutet. Image of Streptomyces avermitilis from Burg et al 1979; Image of Artemisia annua by Jorge Ferreira via Wikimedia.