Ever read a fantasy book or watched a science fiction movie and struggled to suspend your disbelief due to the total lack of reality in some make believe weapons? Here’s advice for people writing this stuff on how to get guns and lasers and bow and wands right.

When it comes to real-world weapons in fiction, I can talk all day about how the history of 1911 pistols, snubnose revolvers, switchblades and AR-15s can impact the story. But it’s a little different when the weapons exist only in the imagination.

However, fantasy and steampunk weapons share much more in common with their real-world counterparts than it seems. Here are six tips that transcend reality. 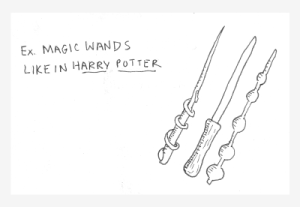 Firearms and knives in the real world are often tweaked for specific purposes, but here’s a little secret: The more tricked out the gun or knife, the less practical it becomes.

Every accessory, modification or addition of something “cool” narrows the function of the gun or knife.

There’s a reason the most popular firearms and knives in reality are also the most mundane. Simplicity equals versatility, and I’m betting your characters require a truckload of the latter.

Which do you use more often on a daily basis: a steak knife or a Swiss Army Knife? The steak knife might be intended for cutting meat, but you probably use it for scores of other tasks, from prepping vegetables to opening mail.

Despite all the roles it tries to fill, the Swiss Army Knife is actually less functional from a practical standpoint. It requires a specific need before it’s used.

Instead of creating a crossbow that fires arrows and bombs and uses a backup pistol embedded in the design, stick to a dedicated weapon that can do a single thing well. Give the character a separate backup pistol instead of building it into the crossbow. 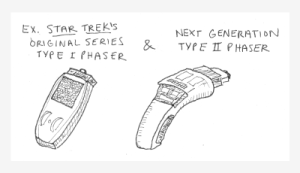 That hypothetical crossbow brings up a great point. Why would a character carry both a crossbow and a firearm? If gunpowder is available in the setting, why rely on outdated technology?

You might think of reasons why, but keep the tech consistent with the timeline of your universe.

One way to do this is to trace the lineage of the weapon you’re creating. For example, in the real world, there’s a clear evolution from the Colt Single Action Army revolver introduced in 1873 (aka The Gun that Won the West) to the revolvers of today. Manufacturers built upon the SAA’s successful design to produce new handguns.

Chances are a similar evolution took place over time with your fantasy weapons. One character might use something from early in the timeline and another from later on, but at least there’s logic behind what’s being used.

3. Define the Weapon and Stick to It 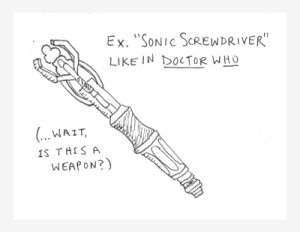 This is an area writers struggle with even when depicting real-world firearms. Their guns (and bullets) wind up doing all sorts of things they never were designed to do.

Choose what your weapon does and stick to it. Constantly rolling out new functionality not only violates the first point on this list, it can come across a little like Batman’s utility belt. (And nobody likes double mumbo jumbo).

I think this is easier to pull off with fantasy weapons, since they’re free from the contaminants of pop culture that drive so many blunders. 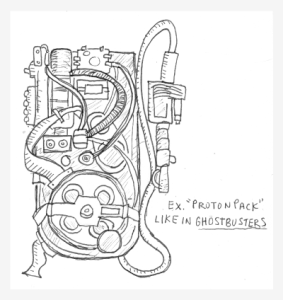 The gun that never runs out of ammunition is a classic trope from thrillers, westerns and crime fiction that is hopefully on its way out.

In fantasy, you may very well dream up a weapon that never needs to be reloaded. If that’s not the case, you’ll need to give your character access to more ammo.

That’s where things become sticky, because I’m betting your character isn’t spending the story sitting on a box of extra cartridges for that fantasy gun.

If your character is mobile, that means carrying ammunition. In the real world, this gets heavy in a hurry. Lightening the load means fewer shots, which can be a challenge for writing certain scenes.

I’m not trying to tell you how many spare cartridges, arrows, exploding vials of green-bellied death snakes or other ammunition your character needs to carry– but it’s worth considering if there’s a specific amount the character keeps, and how that might impact the story.

5. Match the Weapon to Its User 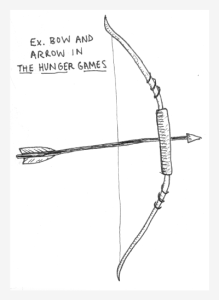 The tendency in fiction is to give a character the largest weapon possible. Bigger is better, right?

Nope. The ability to use a weapon effectively is first and foremost. Any firearm instructor would tell you the same.

A hit with a pipsqueak .22 handgun is always better than a miss with a .50 caliber pistol that kicks like a mule.

Even in alternate universes, characters with small hands will struggle to use large weapons. Young or frail characters won’t do well with weapons that kick out a lot of recoil. Inexperienced characters will risk cutting themselves in combat with edged weapons.

A fantasy weapon might not play by the same rules of physics, but matching it to a character’s physical traits and experience deserves consideration.

6. Do IRL Research at a Sporting Goods Store 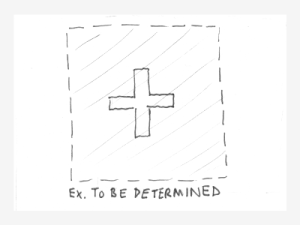 They might literally be worlds apart, but the best way to learn about creating fantasy weapons is to try some real guns and knives out in a safe setting. Sign up for a firearm class from a local instructor, visit a sporting goods store, attend a gun or knife show, or hit the shooting range.

There’s no substitute for hands-on experience, and you’ll reap benefits regardless of the far-fetched weapons you dream up.

This article originally appeared on Better Novel Project and is reprinted here with permission.

About the illustrator: Christine Frazier is a compulsive doodler who deconstructs bestselling novels, one index card at a time. Follow her illustrated research at betternovelproject.com.

About the author: Benjamin Sobieck runs crimefictionbook.com and authored A Writer’s Guide To Weapons, a practical reference for using firearms and knives in fiction.

IndefinitelyWild is a new publication about adventure travel in the outdoors, the vehicles and gear that get us there and the people we meet along the way. Follow us on Facebook, Twitter and Instagram.