A New Sensor Can Sniff Out Gold Inside Space Rocks

There’s gold in them thar asteroids—if only we could find it. Well, and get to it, extract it, and haul it back to Earth. You know, details. But that first part just got easier, thanks to a clever new sensor designed to sniff out gold, platinum, and even diamond inside asteroids.

The sensor, technically a “gamma ray spectroscope” stuffed inside a CubeSat satellite, was developed by researchers at Vanderbilt University and published last month by the International Society for Optics and Photonics. To get even more science fictional on us, the space gold sensor uses a newly discovered crystal composed of europium-doped strontium iodide (that’s SrI2 with a dash of Eu), which apparently does a bang-up job detecting the high-energy gamma rays emitted by asteroids. 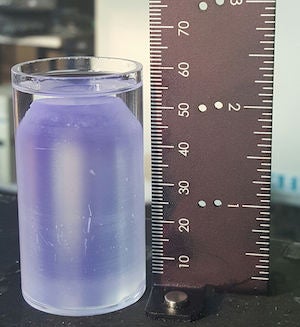 Why do we care about those? Gamma rays, which form when cosmic rays slam into asteroids, smashing up atoms in the top layers, are like a cosmic fingerprint. The intensity and wavelength of gamma rays emissions allows scientists to work out the composition of a rock, including concentrations of iron, oxygen, magnesium, silicon, and, most importantly, precious metals and crystals.

“Space missions to the Moon, Mars, Mercury and the asteroid Vesta among others have included low-resolution spectrometers, but it has taken months of observation time and great expense to map their elemental surface compositions from orbit,” study co-author Keivan Stassun said in a statement. “With our proposed system it should be possible to measure sub-surface elemental abundances accurately, and to do it much more cheaply.”

That’s good news, because everything about asteroid mining, from building the equipment to launching it to hauling a giant space boulder back to Earth, is going to be hella expensive. Then again, some people (billionaires) see asteroid mining as an investment that’ll pay off big in the long-run. And it’s not hard to figure out why. All the platinum humans have ever dredged from the ground could fit inside a small apartment. A single, baby-class asteroid might contain more. The first people to stick a flag in that rock might stand to become the richest human beings alive. 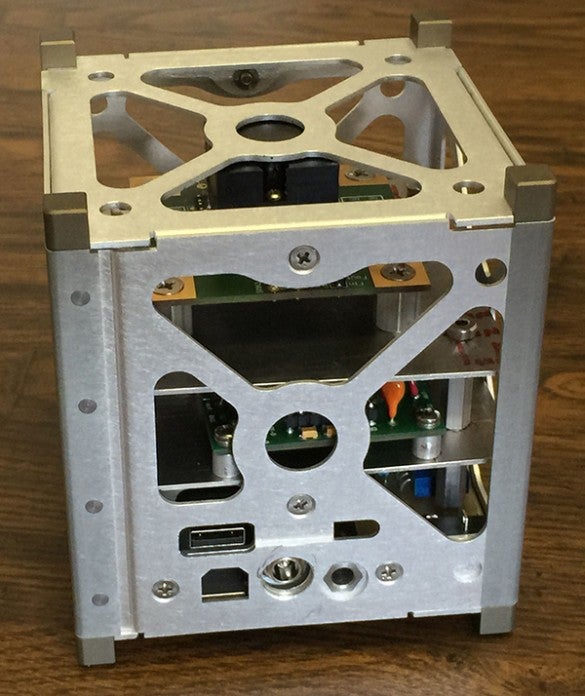 Prototype of a CubeSat version of the gamma-ray spec that would whizz by asteroids, searching for veins of gold and platinum. Image Credit: Burger Lab / Fisk University