How to Use the Chrome App Launcher on Windows or Mac

A fan of the simple ‘start menu’ on show in Chrome OS? You can use it on Windows and Mac computers as well—and it offers more features than you might think. As well as launching your online apps, you can perform quick calculations and run web searches from this pop-up box as well.

The App Launcher is now an integrated part of Chrome, so you can activate it by installing any Chrome app inside the browser, from Gmail to Plex. Add a new app to Chrome and the launcher should appear automatically, though you can easily find it at any time if you need to.

On Windows, it’s under the Google Chrome heading on the All apps list. On a Mac, you can find it inside Launchpad. Either right-click and choose Pin to Taskbar (Microsoft machines) or drag the icon to the dock (Apple machines) to make the App Launcher a permanent part of your shortcut setup.

The Launcher shows all of your installed Chrome apps. On the Windows version of the browser, you can add websites to it by choosing More tools then Add to taskbar from the menu when viewing the site in question—tick the Open as a window box to have the site behave like a normal app. 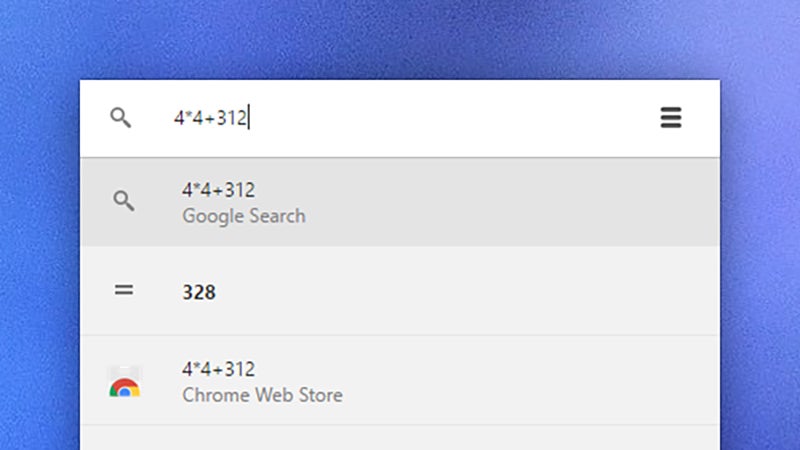 As well as launching apps from the pop-up window, you can run web searches and run simple calculations. Unit conversions are also supported: Try typing “10km in miles” and the answer appears in the list underneath. Something else you can do, which you might not know about, is putting your apps in folders—drag one shortcut on top of another to create a new app folder.