Our Future Space Elevator May Be Built of Diamond

If the notion that humans will one day ascend into orbit on a rope of ultra strong carbon nanofibres sounds a bit out of this world, then you’re going to love the latest dazzling twist: our future space elevators might actually be built of diamond.

Graphene may be the hottest substance in materials science right now, but over the past year, the scientific community has worked itself into a tizzy over another carbon-based wonder material: diamond nanothreads, one-dimensional carbon crystals that are as strong as, well, a diamond.

Now, to be fair, we’re not totally sure diamond nanothreads deserve the attention they’re getting—they’ve only been produced by one lab at Penn State University, and it’s not clear how easy it’s going to be to mass produce these brilliant fibres. There’s also concern that diamond nanothreads will become increasingly brittle as they get longer, which would probably put a 62,000 foot diamond space cable out of the question. 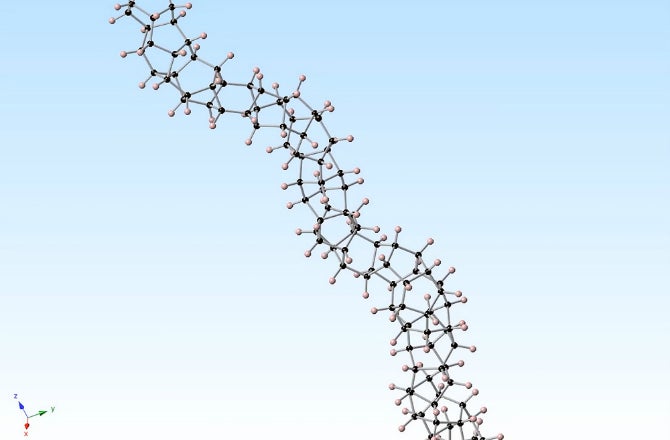 But a recent modelling study from a team at Queensland University of Technology shows that when molecular defects are inserted into the otherwise repetitive benzene ring structure of a diamond nanothread, the fibre becomes highly ductile. With the right molecular design, the researchers suggest that diamond nanothreads could be “ideal for the creation of extremely strong three-dimensional nano-architectures.”

If the new models turn out to be correct, this material could have a bright future in all sorts of applications, from nanotechnology to electronics to yes, maybe even space elevators. Diamonds in the sky? Still a fantasy, Rihanna. Diamonds transporting us to the sky? A long shot, but we’ll keep an open mind.