The Forgotten History Behind Some of America's Busiest Airports

Have you ever flown through LGA, ATL, or ORD? It turns out each of these airports has a bizarre and little-known backstory.

As far as land use goes, airports are a massive pain in the arse to build: They’re big. They’re loud. They’re heavily regulated. They must be close enough to cities, while still planning for the expansion of those cities. So maybe it’s unsurprising that most regional airports used to be farmland, bought up and developed by transit authorities before it turned into suburbia.

Nonetheless, some of the country’s busiest airports have surprisingly great histories.

Beer, Dancing, and Carousing at LGA

Frogtown. That was the name of the land beneath LaGuardia in the 19th century, where New Yorkers congregated at a huge amusement park developed by the piano magnate William Steinway—boasting the first Ferris Wheel on the East Coast.

Prohibition saw an end to the popular beer hall, though, and the amusement park’s beaches were subject to horrifying water pollution. “The odour was terrible,” Margasak writes. “Trolley lines were abandoned.” By the 1930s the beach and park had closed, and would later be snapped up for development into an airport.

ORD Was the Biggest All-Wood Factory In the World 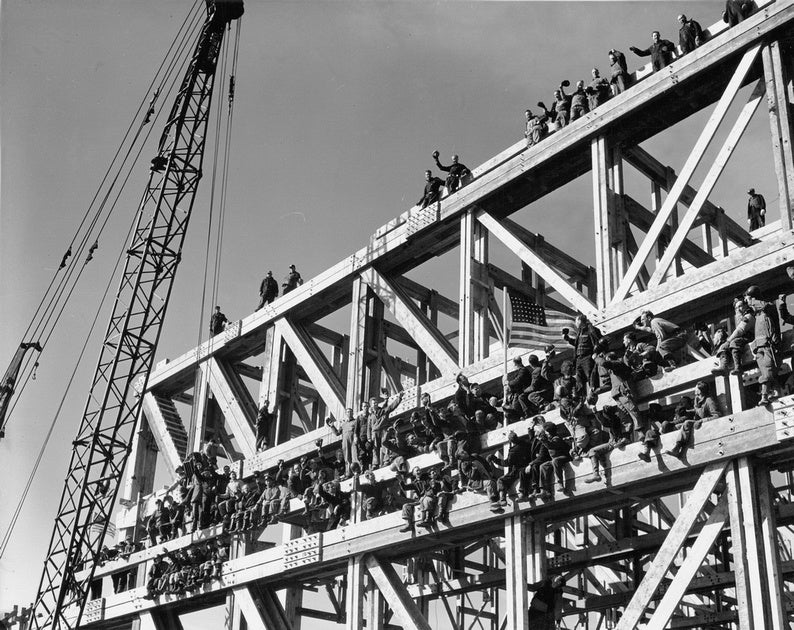 After Pearl Harbor, the US government rushed to ramp up production of aeroplanes. Chicago, which had been trying to fund a second airport, became the focus of a plan to build a factory to make Douglas C-54 Skymasters for the war effort.

Just one problem: As the US ramped up production of planes, tanks, and weapons, steel was in short supply. The massive, 2 million-square-foot factory was instead built entirely out of timber, as the Northwest Chicago Historical Society explains:

Trusses and columns were constructed on the site from one inch boards of varying lengths and the shop which did the fabrication handled more than 31,750,000 board feet of lumber. Uncertainties about the quality of the wood provided for the construction motivated engineers to overdesign the building; thus insuring its structural integrity, but also adding to its weight and cost.

Asa Candler started out as a drugstore employee and ended up as the founder of Coca-Cola. He helped transform Atlanta, too—and one of his failed development projects would later become Hartsfield-Jackson.

Candler was “infatuated with motor racing, which was just coming into its own after the turn of the century,” writes Nascar’s Mark Aumann. He set out to build a massive speedway that would outdo Indianapolis’s forthcoming racetrack, Aumann explains, and he succeeded—if only for a few months. The speedway was finished, but it turned out to be a horrible financial failure very quickly. Crowds came to a few first races, but the organisers couldn’t keep up profits.

According to the aviation history site Sunshine Skies, the speedway’s organizers even tried to attract more visitors by showcasing a novelty—the airplane—almost two decades before the track became the site for Hartsfield-Jackson. But not even the wonder of flight could keep Candler’s project alive. It was abandoned only a year later, and sat in ruins until the mid-1920s.