This awesome piece of scientific equipment is a South Pole Telescope detector wafer at Fermilab’s silicon detector facility. Those swirly figures on its surface that resemble a neotribal tattoo are tiny antennae. But what does the entire instrument do? Fermilab explains the rest:

Down at the South Pole, [...] the South Pole Telescope (SPT) searches the skies for answers to the mysteries of our universe. [...] It stands atop a two-mile thick plateau of ice, mapping the cosmic microwave background (CMB), the light left over from the big bang. Astrophysicists use these observations to understand the composition and evolution of the universe, all the way back to the first fraction of a second after the big bang, when scientists believe the universe quickly expanded during a period called inflation.

One of the goals of the SPT is to determine the masses of the neutrinos, which were produced in great abundance soon after the big bang. Though nearly massless, because neutrinos exist in huge numbers, they contribute to the total mass of the universe and affect its expansion. By mapping out the mass density of the universe through measurements of CMB lensing, the bending of light caused by immense objects such as large galaxies, astrophysicists are trying to determine the masses of these elusive particles.

Now scientists are installing a bigger, more sensitive camera on the telescope in order to conduct even more precise measurements. This new camera, SPT-3G, will be four times heavier and have ten times more detectors than the current camera. You can see one of its wafers below, containing dozens of those pretty swirly antennas.

A wafer of detectors for the SPT-3G camera undergoes inspection at Fermilab. Photo: Bradford Benson, University of Chicago and Fermilab 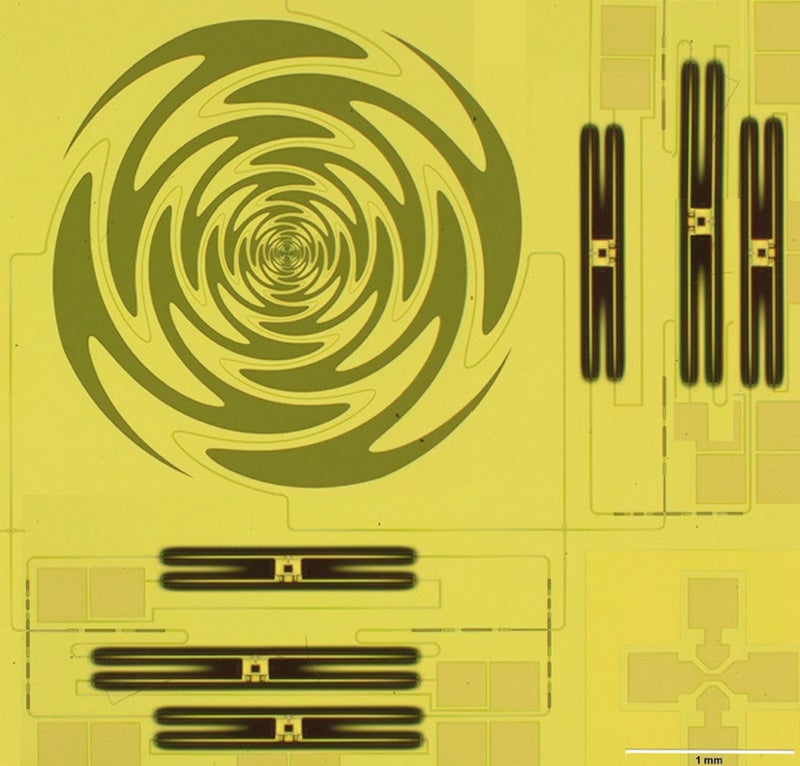 The 10-metre SPT is the largest telescope ever to make its way to the South Pole. Photo: Jason Gallicchio