This is Why Cat Sex Seems Kind of Brutal

Cat sex videos are all the same. The tom mounts the female, she arches her back and moves her tail aside–a response called lordosis, by the way–and the two of them get down to the act. But soon afterwards, the yowling starts, followed by the spitting and swiping. Why so angry, kittycat?

I’m afraid, gentle reader, that her reaction is the direct result of the tom’s penis. Its front two-thirds is covered with backward-pointing spines, which can’t make their lovemaking feel too comfortable. 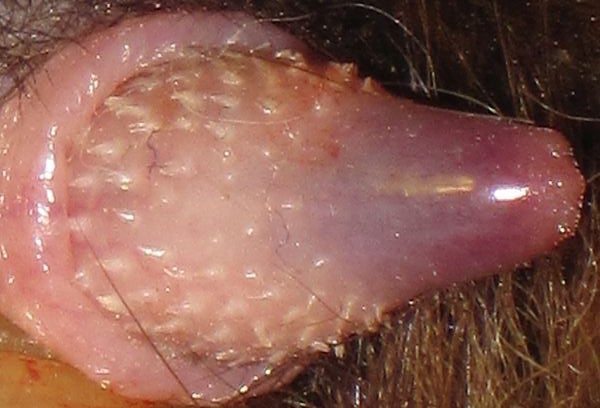 Why is the tomcat saddled with such a dangerous-looking member? It all comes down to inducing ovulation. Female cats can cycle into estrus every month, but they’ll only release eggs if their vagina is stimulated by intercourse: those spines are what do the stimulating. The spines are even attached to movement-sensitive sensory nerves that may tell the male whether his motion is vigorous enough to make some kittens.

Video by VictoriaSuncat ; Cat penis by Uwe Gille via Wikimedia | CC BY 3.0