Instead of releasing yet another smartphone-controlled RC toy car to the yawns of children everywhere, Mattel’s Bug Racer takes kids out of the equation altogether. They still get to watch it race around a room, but this toy car’s controlled by a live cricket scurrying around the vehicle’s cockpit.

The Bug Racer doesn’t come with any insects, so in addition to hunting down four AA batteries, a trip to the pet shop is needed to recruit a driver. Using an included grasping tool kids can introduce their cricket to its fancy new see-through habitat which features a living area, a dining area for feedings, and a magnified cockpit.

The habitat allows kids to study their cricket in its not-so-natural environment, but the real fun begins when the insect is coaxed into the cockpit and the plastic housing is inserted into the Bug Racer. Motion sensors inside the car track the cricket’s motion, steering it left or right depending on which side of the cockpit the cricket has scurried over to. 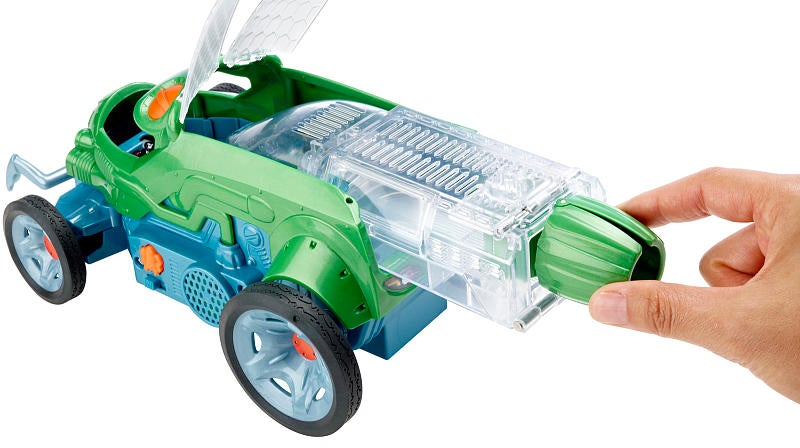 As the car careens around a room bumping into random objects (automatically reversing when it does) you’ll wonder if the cricket is just randomly scurrying about the cockpit, or if it’s actually looking for a way to escape back into the real world. If that becomes a genuine concern, the Bug Racer also has an autodrive mode which takes the control away from the cricket driver.

The Bug Racer sounds like it could be an awkwardly-late April Fool’s prank, and the insane promotional video Mattel created for the toy makes it even harder to believe this is a real product.

But it’s 100 per cent legit. Remember, that doesn’t include the price of crickets, so you’ll have to budget in an extra few quid for 100 new members to your racing team. [Bug Racer]

Want more updates from Gizmodo UK? Make sure to check out our @GizmodoUK Twitter feed, and our Facebook page. This article originally appeared on Toyland, Gizmodo's toys and collectibles blog