Google Now is partly a portal to the main Google search engine, so you can ask the digital assistant anything that you would query Google for: the height of the Eiffel Tower, what six inches is in centimetres or even what’s on your agenda. But the app also integrates with specific features on your phone—here are nine commands you can use with your mobile.

We should point out that these commands only work with the latest version of the Google Now app for Android. The cut-down version you get on iOS doesn’t have the same deep hooks into the mobile OS, so you’re going to have to stick with Siri on Apple devices for direct smartphone control.

1. Turn wifi and Bluetooth on or off

Google Now can toggle some of the key settings on your phone, including wifi and Bluetooth. If you say “turn wifi off” or “turn wifi on” then you’ll see a shortcut to the setting on screen and the requested action is taken (you can also tap the toggle switch manually). Bluetooth works in the same way.

2. Turn the flashlight on or off 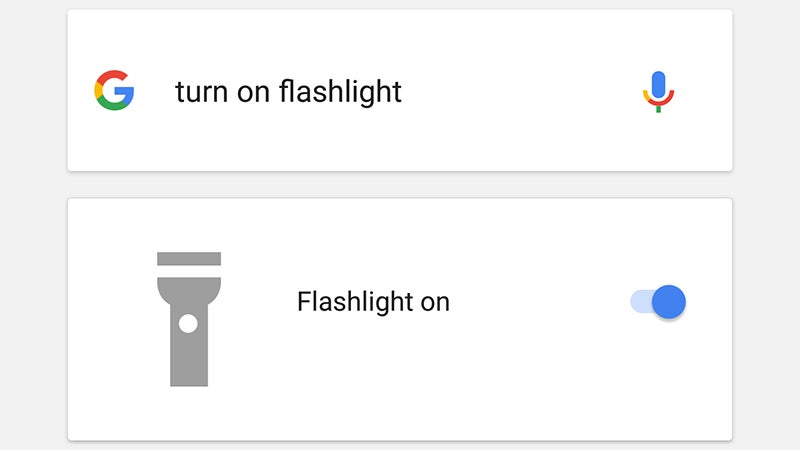 3. Read out your text messages

If you ask the Google Now app to “read my messages” or “show my messages” then your last five incoming SMS messages are shown on screen—subsequent voice commands can then be used to read them aloud or reply to them, which can prove very helpful when you’re driving. 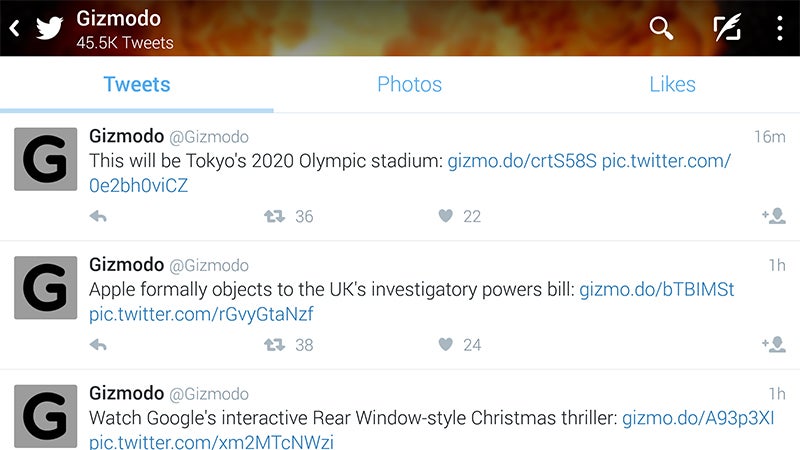 You can also use the Google Now voice control to launch any of the apps on your phone. Just say “open...” followed by the name of the app and it jumps into life—we tested it with Facebook, Twitter, Gmail and Spotify. It works with websites, too, as long as the URL is one you can easily speak out.

The “play music” command launches the ‘I’m feeling lucky’ radio option in the Google Play Music app, a playlist of tunes based on your previous listening history. You can tell Google Now to “play music in...” and specify a different music app, but playback doesn’t start automatically in this case.

6. Call and text your contacts 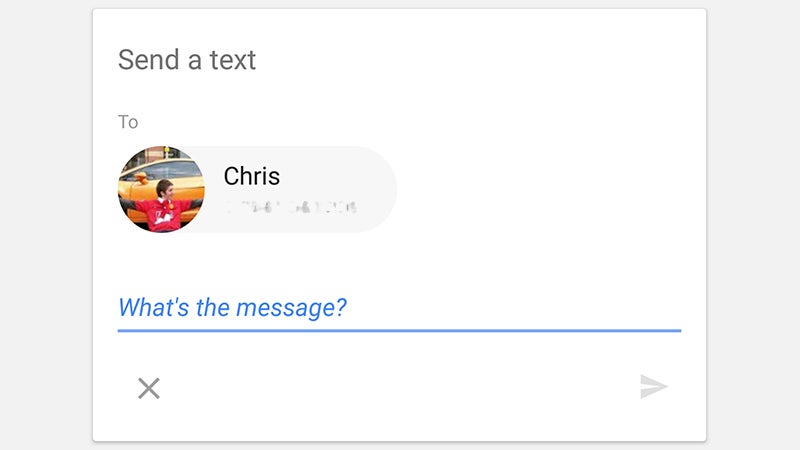 Saying “call...” or “text...” followed by the name of one of your contacts can be used to get in touch with someone—you can even dictate the entire text message, if you want to. The “call...” option works on the Google site when you’re signed in too, though you obviously don’t have an online dialer app.

If you tell Google Now to “set an alarm” then you can configure a wake up call on your Android phone using nothing but your voice. Some settings (including the alarm sound) can’t be configured unless you actually go into the Clock app but it’s a useful shortcut to have nevertheless. 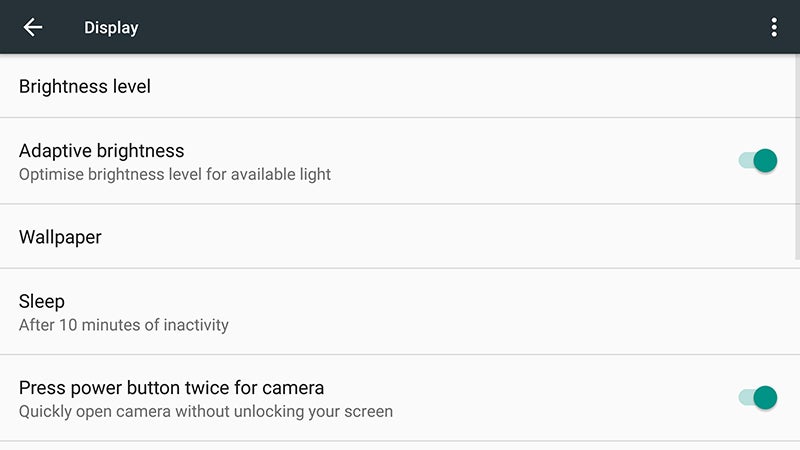 Unfortunately you can’t change brightness and volume levels directly, but you can at least jump to the relevant page in the Settings app by mentioning anything to do with either of them (“mute volume” or “lower brightness” for example). This is one area where there’s room for improvement.

You can use “open camera” to launch the camera, “record a video” to launch it in video mode, and “take a photo” to bring up a list of installed apps capable of taking snaps (there must be some kind of developer support needed here as our list showed Snapchat as an option but not Instagram).