Stuck Cart is Triggering an Unexpected Spacewalk Next Week

Astronauts are quickly throwing together a plan for an unscheduled spacewalk to find out what happened to jam up their external transporter cart. The spacewalk will take place early next week if troubleshooting from inside the station doesn’t work.

The Mobile Transporter slides along rails along the truss of the International Space Station to move gear closer to different worksites. The cart jammed on the rail just four inches (10 centimetres) from where it started on Wednesday afternoon. Although mission control isn’t certain what caused the stall, the current best-guess is a stuck break handle locking the cart in position.

NASA astronauts Scott Kelly and Tim Kopra are gearing up for an unscheduled spacewalk to fix the problem. The team will review the plan on Sunday morning for a spacewalk on either Monday or Tuesday. If it happens, it’ll be Kelly’s third spacewalk (all within this year), and Kopra’s second. Kopra just arrived on the space station earlier this week. 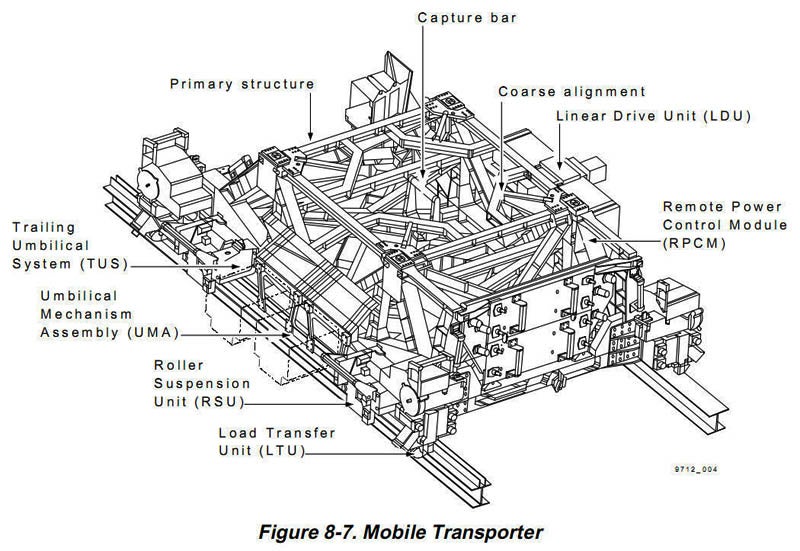 The Mobile Transporter runs along a external railway extending the length of the space station. The cargo-only cart is constructed from thick aluminium and titanium. To keep it attached to the rails, its structure is akin to roller coaster rides with the wheels locking both under and above the track.

The cart was previously out of commission in December 2005 when a cutting system accidentally fired and cut the power and data cables. A blade-blocker was installed in July 2006 to prevent any repeat incidents.The cart operates on the slow, steady, and safe principle. Its top speed is just 1 inch per second (2.5 cm per second), but it can hold its position to within 1/10th of an inch (2.5 mm), and nearly every system is doubled for redundancy. It’s typically remotely-operated by flight controllers at Mission Control on the ground, but it can also be operated by astronauts on the station.