The Biggest Rattlesnake You'll Ever See?

The biggest western diamondback rattlesnake ever caught? An Arkansas man borrowed a hot pink snubnose revolver from his wife to shoot this one after it bit one of his dogs.

As with all things “biggest,” there’s controversy over this critter’s size. Some claimed 8’ 9” when photos were originally posted to Facebook last month. But there does seem to be some trickery with forced perspective in this original picture: 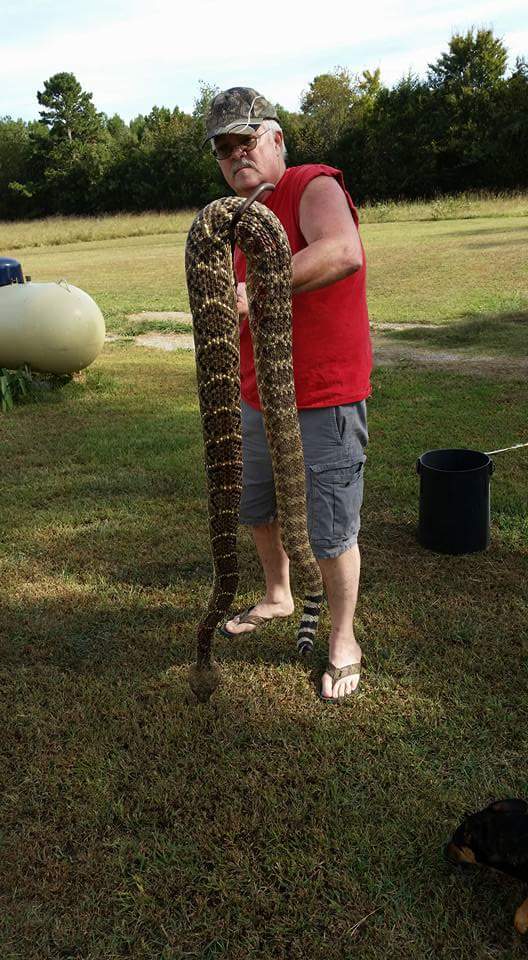 Note the specialised snake-killing footwear. Never attempt to shoot at a dangerous animal lying on the ground in front of you unless you’re wearing flip flops.

With a smaller relative distance between lens, subject and Cotton Hill, we get a clearer idea of the snake’s size: 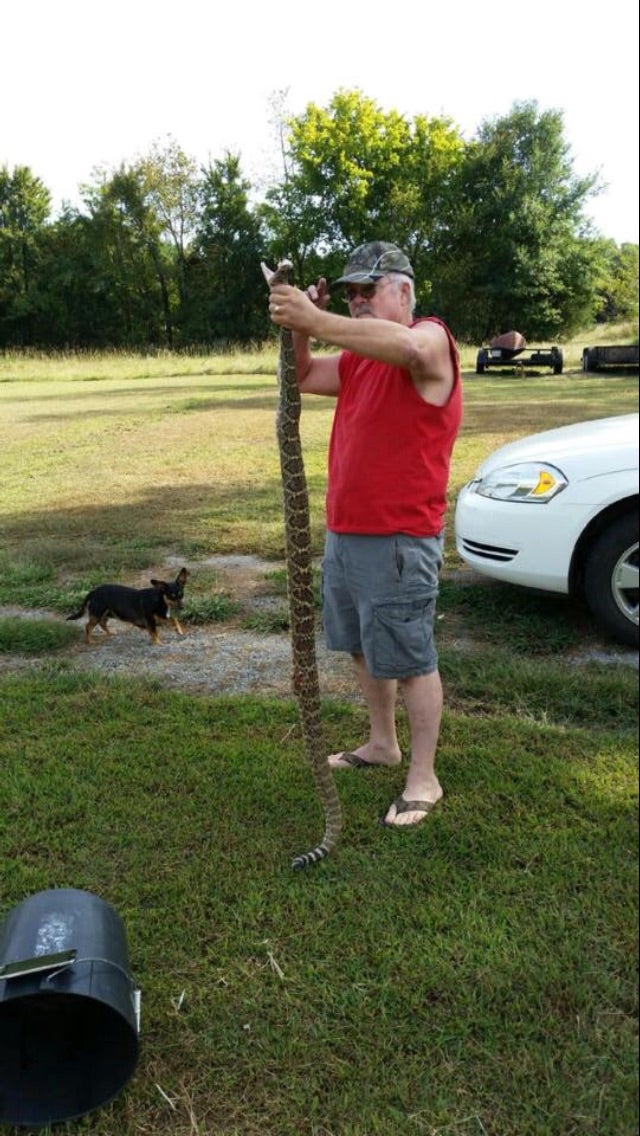 Probably closer to six feet, than over eight. Still a really big rattler.

The largest western diamondback ever officially measured was 92.5 inches long. And let me tell you, that is a monster. I’ve only encountered a rattlesnake this large once in my life and hope to never again. Until you see one as big around as your thigh in real life, it’s hard to believe the get that huge. Typical sizes are closer to the three to five-foot range. 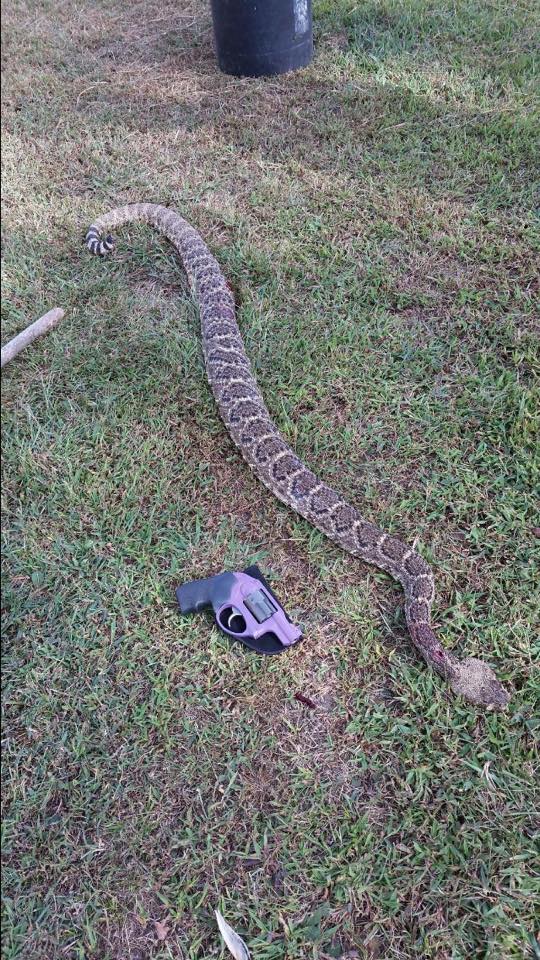 Hitting the snake with a .38 snub can’t have been easy.

Watching the local newscast is well worth it, if only for the unique cultural experience: