It was one of the first NES games to include the well-known Konami code (up, up, down, down, left, right, left, right, B, A) and now thanks to NECA, Contra fans can finally own action figure versions of the game’s main characters: Private First Class Bill Rizer and Lance Bean. 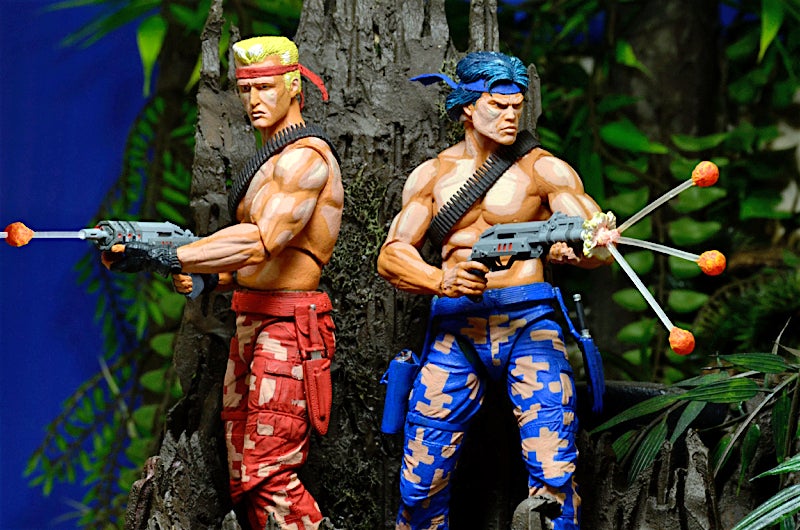 Featuring paint jobs that reflect the 8-bit games’ limited colour palette and graphics, the seven-inch NECA Contra figures come shirtless with the same ridiculously over-the-top armaments and power-ups they had in the video game. NECA hasn’t specified pricing or availability for the pair, but they will come in amazing packaging that includes the same graphics used for the box the original NES game came in. [NECA via Toy News International]