The Most Notorious Science Scandals of 2015

There were an alarming number of science scandals in 2015, from fabricated data to sexual harassment. Here are our picks for the worst of the worst. 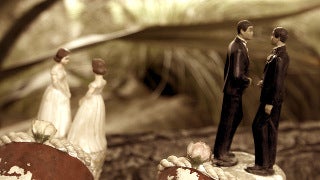 In late 2014, a paper published in Science, titled “When contact changes minds: An experiment on transmission of support for gay equality,” made headlines around the world by showing that gay political canvassers, when conversing face-to-face with constituents for as little as 20 minutes, could influence the vote in favour of same-sex marriage. The study claimed that the effect lasted about a year, and that the favourable opinion had a tendency to spread within the voter’s household.

It turned out that this data was falsified by a co-author of the study, leading to the paper’s retraction.

Accusations that something was amiss emerged after a team of researchers from UC Berkeley and Yale could not reproduce the results. In their ensuing report, the authors highlighted eight statistical irregularities, saying the data could not have been “collected as described.” Later, the study’s lead author, Donald Green from Columbia University, issued a formal retraction of the paper, but not before questioning his co-author, Michael LaCour, a grad assistant from UCLA. (Image credit: Davidlud/CC)

2. The American Psychological Association Colluded With the US Government in Justifying Torture

A report by six “dissident” health professionals accused the American Psychological Association (APA) of secretly collaborating with the Bush Administration to make a legal and ethical case for torture in the wake of the 9/11 terror attacks. It was an alarming example of scientists being used — and agreeing — to justify an ethically dubious practice. The authors of the report claimed that:

The APA secretly coordinated with officials from the CIA, White House and the Department of Defense to create an APA ethics policy on national security interrogations which comported with then-classified legal guidance authorising the CIA torture program.

In response, the APA said there “has never been any coordination between APA and the Bush administration on how APA responded to the controversies about the role of psychologists in the interrogations program.” 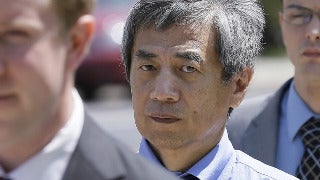 Dong Pyou Han, a former researcher at Iowa State University, admitted he faked the results in his AIDS-vaccine experiments. Specifically, he spiked rabbit blood samples to make the results of his experiments look better than they actually were. Adding insult to injury, Han collected up to £13.4 million in federal grants. In addition to being sentenced to 57 months in prison, he has to pay back £4.7 million. As Adam Marcus of Retraction Watch told Gizmodo, “Han joins an elite, if not illustrious, club when he became one of only a handful of US researchers in the past 20 years to be sentenced to prison for scientific misconduct.” (Image credit: AP)

4. Nobel Laureate Tim Hunt Had Some Questionable Things to Say About “Girl” Scientists 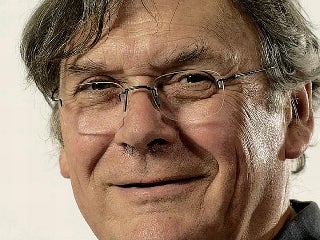 British biochemist Tim Hunt shocked the science community by uttering some rather regrettable and chauvinistic words earlier this year at a luncheon during the World Conference of Science Journalists in Seoul, South Korea.

Hunt didn’t stop there, telling the audience that he was in favour of single-sex labs, while adding that he didn’t want to “stand in the way of women.”

The hosts of the luncheon, the Korean Federation of Women’s Science and Technology, called for an apology, and Hunt obliged. His remarks also prompted a flurry of hilariously sarcastic responses, most with the hashtag #DistractinglySexy, showing women scientists at work. Hunt eventually resigned from his post as honorary professor at University College London’s Faculty of Life Sciences.

But then an ugly backlash followed in defence of Hunt, claiming he had been unfairly targeted by an overly zealous “twitter mob.” That backlash continued months after most people had forgotten about the incident and moved on. Hunt is now reportedly leaving the UK to move to Japan with his wife, immunologist Mary Collins, who accepted a five-year post at a Japanese institution. (Image credit: Universitat Basel) 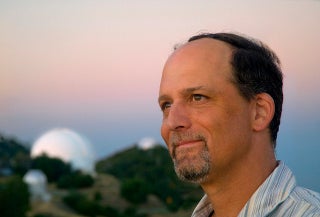 Prominent astronomer Geoff Marcy was found guilty of sexually harassing several female students between 2001 and 2010. After issuing a semi-apology and receiving a slap on the wrist, Marcy ultimately resigned from his tenured position at the University of California, Berkeley in response to public outcry and a letter from Berkeley faculty calling for his resignation. It was later revealed that he had been sexually harassing women for at least 20 years.

6. Coca-Cola Was Accused of Funding its Own Science to Deliberately Mislead the Public

7. The Medical Journal of Australia Imploded 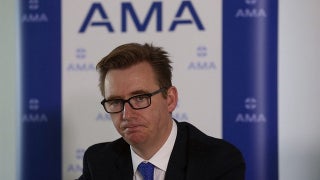 Earlier this year, Stephen Leeder, the editor of The Medical Journal of Australia, raised concerns about his company’s decision to outsource production to Elsevier. His bosses did not take kindly to his objections, and he was promptly fired. In a dramatic show of support, all but one member of the 20-person advisory committee stepped down in protest. Leeder and various committee members had expressed concerns over Elsevier’s controversial track record, citing, for example, the company’s previous publication of fake medical journals that had been funded by pharmaceutical companies. (Photo of AMJ president Brian Owler: Andrew Meares) 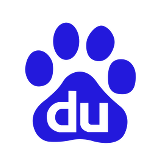 Baidu, regarded as the Google of China, announced in May that its image recognition technology had surpassed Google on a standardised test of accuracy. The company later revealed that it achieved those results by cheating. The lead researcher on the project apologised and said the company is now conducting a review of what happened.

Baidu is now barred from the Imagenet Challenge. Similar to the recent Volkswagen emissions scandal, it’s not known who within the company or team is responsible. Writing in MIT Technology Review, Tom Simonite referred to the affair as “machine learning’s first cheating scandal.” 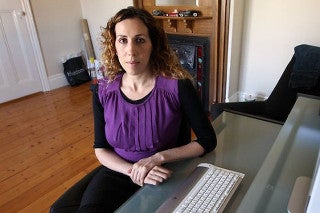 Heart researcher Anna Ahimastos admitted to making up some of the data in a study investigating whether two well-known blood pressure drugs could help treat people with heart disease. Adam Marcus of Retraction Watch told Gizmodo that this case didn’t make it to a lot of people’s radars, but it should have, given that it involved retractions for fake data published in the world’s two leading medical journals. (Image credit: ABC News)

“Publishing in the New England Journal of Medicine and JAMA is a bit like earning degrees from Harvard and Princeton — it’s hard to have more prestigious lines on your resume,” said Marcus. “Ahimastos had to retract articles in the NEJM and JAMA — two from there, in fact — for fabricating patient records. She also lost at least six other publications, and her job at the Baker IDI Heart and Diabetes Institute, in Melbourne, Australia, in the affair.”

10. A British Paper Suggested an All-Female Archaeology Team Was a “Publicity Stunt” 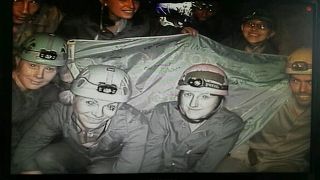 Earlier this year, scientists identified the remains of 15 partial skeletons belonging to a completely new human-like species named Homo naledi. Anthropologist Lee Berger led the study, and he recruited a team of all-female excavators to dig in the excruciatingly small confines of the South African cave in which the bones were found. In late October, a Guardian article penned by science editor Robin McKie criticised the project for “rushing” the findings under the watchful cameras of National Geographic — and for hiring only women. As McKie wrote:

The fact that Berger used women cavers to retrieve Naledi bones—on the grounds that they were the only ones small enough to get into the chamber—has only irked his critics even more. One said: “There are many male cavers who could get in there, but that would have spoiled the publicity stunt.”

Needless to say, there was a considerable backlash from many members of the scientific community who condemned McKie’s remarks, while affirming the work performed by the women excavators. (Image credit: Lee Berger/Twitter)

UK-based BioMed Central, the publisher of over 270 peer-reviewed journals, pulled 43 papers earlier this year on account of “fabricated” peer reviews. As the Washington Post reported:

A partial list of the retracted articles suggests most of them were written by scholars at universities in China. But Jigisha Patel, associate editorial director for research integrity at BioMed Central, said it’s not “a China problem. We get a lot of robust research of China. We see this as a broader problem of how scientists are judged.”

Meanwhile, the Committee on Publication Ethics, a multidisciplinary group that includes more than 9,000 journal editors, issued a statement suggesting a much broader potential problem. The committee, it said, “has become aware of systematic, inappropriate attempts to manipulate the peer review processes of several journals across different publishers.”

The journals are now reviewing manuscripts to figure out just how many need to be retracted.

12. An Accounting Prof Had 32 Retractions

Finally, accounting professor James Hunton, formerly of Bentley University, reached a notorious milestone of sorts. Following a retraction due to a “misstatement” in November 2012, an investigation found Hunton guilty of another 31 infractions, which has now earned him a place in the top 10 of the Retraction Watch leaderboard.