While chemotherapy can be an effective way to battle cancer, it’s brutal on the body, and leaves patients with an unwelcome reminder of the ordeal in the form of hair loss. But a company called DigniCap has come up with a clever way to help minimise that side effect.

The solution is a silicon cap patients wear while undergoing chemotherapy treatment. The cap is connected to a monitoring machine that continuously pumps coolant through a network of tubes inside it. Cooling the scalp shrinks blood vessels and minimises blood flow, which helps prevent the chemotherapy chemicals from reaching and killing hair follicles. 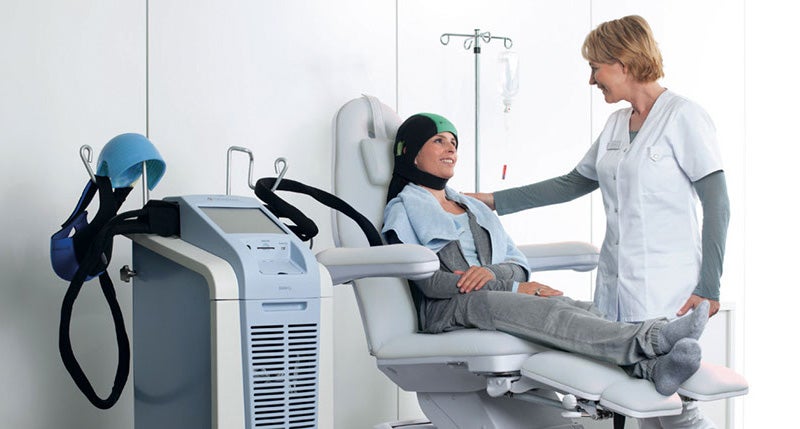 Cooling a chemotherapy patient’s scalp during treatment isn’t a new idea, but the DigniCap is one of the first machines that can do it automatically, ensuring consistent temperatures so that the counter-measure is as effective as possible. The device was recently cleared by the FDA for use in the United States after a clinical study at five different cancer centres throughout the country.

The DigniCap isn’t a cure-all, though. During its U.S. clinical trial, seven out of 10 patients kept about half of their hair after undergoing chemotherapy for early stage breast cancer. Still, even minimising the side effects of treatment can be a huge boost to a cancer patient’s morale, and that’s often what they need most during their battle with the disease.