You Can Now Order an Uber From Facebook Messenger

Facebook and Uber continue their unstoppable global takeovers with a new partnership, announced today: from within Facebook Messenger, user in the US can now call for an Uber ride, without leaving the app.

Tap on an address in a Messenger thread, and up pops “Request a Ride” alongside the familiar “Copy,” “Open in Google Maps,” etc. Or, simply tap the new car icon — which now appears with the icons for “Like” — take a photo, and make a payment. From there, you can get a quote and updates from your driver, all within Messenger. Then, voila! Hop in, and drive another nail into the coffin of your city’s public transportation infrastructure.

There’s obviously a reason to be a little skeptical about the true nature of this partnership since both Uber and Facebook are massive profit-hungry corporations. Might we eventually see targeted Facebook ads based on the places we go to? Too early to tell, but for now, you can test out the new service in select US cities before it rolls out elsewhere. The first ride is free. 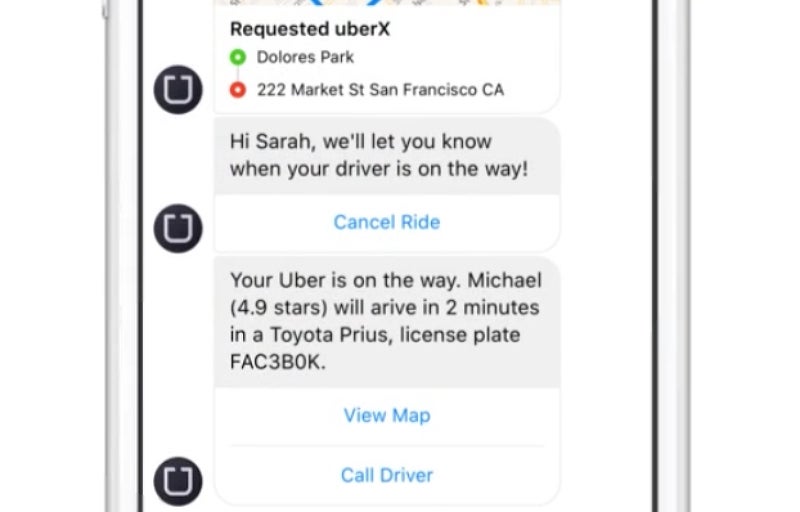