Microsoft Wants to Bring Its Wacky One-Handed Keyboard to iPhones

Apple and Microsoft have a long and strange history. The latest chapter in this on-again, off-again affair is the rumour that Microsoft is releasing the Windows Phone keyboard on iOS. Apple’s former greatest rival is reportedly testing the keyboard internally, and they want to make the keyboard publicly available sometime in the near future.

Images of beta tests reveal that Microsoft’s first iPhone keyboard look exactly like the Windows 10 keyboard. One of the major differences, though, is that Microsoft will include one-handed mode that fans the letters out in a semi-circle. In Windows 10 Mobile, the keyboard would just snap to the side of the screen rather than fanning out. It’s an interesting design flourish, especially since it will exist primarily on a product that is made by one of Microsoft’s greatest rivals. 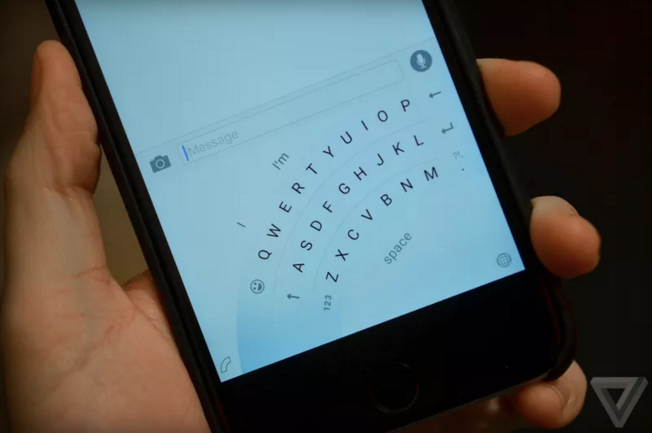 Photo by The Verge

The keyboard will also include Word Flow, Microsoft’s predictive engine that makes it easier to type. Word suggestions, corrections, and emoji are all available from the Word Flow toolbar that sits just above the keyboard’s letter.

If Microsoft’s iPhone keyboard is anything like the other one-handed keyboards we’ve tried, it probably won’t make it any easier to carry a big-ass phone in one small hand. But—here’s to hoping for the best.