The Future of TV Is Beautifully Boring

You could say that, historically, televisions are the star of CES. After all, it was at CES in 1998 that the world saw the first ever high-definition TVs. Plasma TVs debuted at CES in 2001, and OLEDs appeared in 2008. This year, however, everything was pretty damn boring. That’s not a bad thing.

The most impressive TV innovation at CES 2016, unsurprisingly, came from LG. The longtime peddler of wild, wacky, and crazy expensive living room technology showed off an 4K OLED TV that’s as thick as four credit cards. That’s a ridiculous notion, if only because most people just want to mount their TV on a wall where thinness doesn’t matter one bit.

Other buzzworthy innovations include a new Samsung TV without any screws on the back. (Who cares about what the back of a TV looks like?) Samsung also revealed a curved, 88-inch TV that it bragged was the world’s first bezel-free television despite the fact that it does, indeed, have a bezel, tiny as it may be. (Why do companies like to lie?) Sony showed off something called Backlight Master Technology that makes the TV screen so bright that you can’t even look at it. (Does anybody really want a TV that blinds them?) 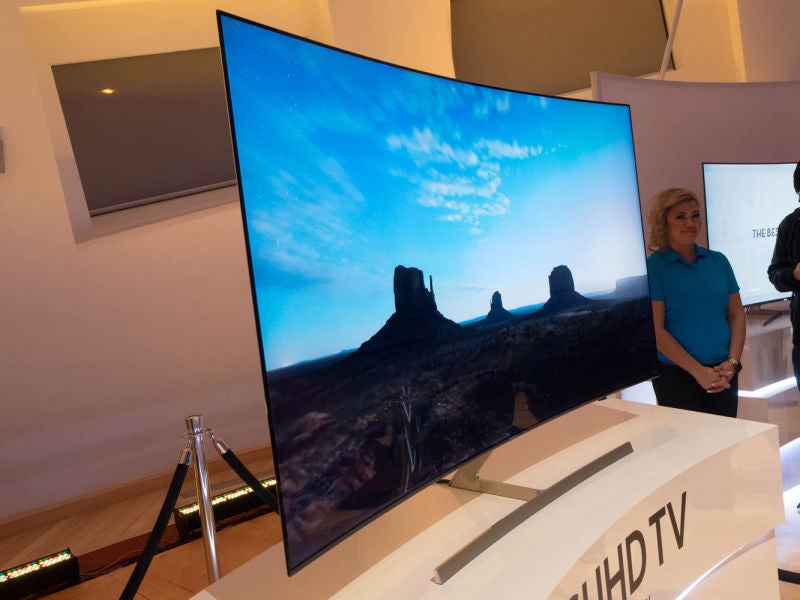 Those are the innovations coming to market that are actually worth mentioning. Every other company just barfed up a bunch of spec bumps, namely unquantifiable improvements in image quality, added smart TV features, and support for high dynamic range (HDR) video. Sure, it’s great that the blacks are blacker and the whites are whiter. But none of these improvements is going to fundamentally change the way you watch movies.

That is, unless you’re like me and want to upgrade your half-decade-old sub-HD television set. You didn’t even need to go to Las Vegas to see amazing TVs at CES. The new TVs that are already in stores already look phenomenal, and that’s actually pretty damn exciting. In other words, the extent to which the innovation on display at CES this year seemed boring or absurd actually highlights how far we’ve come in terms of TV technology.

If you look at the difference between an old 720p screen and the cheapest available 4K TV, your eyes will melt from the razor sharp resolution, and you’ll drool at the improved contrast ratios. Generally speaking, all LED TVs used to be wildly expensive, bulky, and pretty good. The new 4K standard is simply incredible by comparison. If you opt for the pricier HDR-enabled televisions or want to impress your friends with a curved screen, your new TV will look even better. But you don’t have to do that.

The boring TVs at this year’s CES come with a promising caveat. As companies like LG and Samsung cater to aficionados with flashy features and overpriced designs, they’re also dropping the prices on the more humble models. You can buy a plain Jane 4K 55-inch TV from pretty much any manufacturer for about $800. By comparison, Sony sold the first LED-backlit television, which was smaller at 46-inches—for over $10,000 back in 2004. Here’s the original Gizmodo post.

We’ve come a long way since big boxes with tubes and even the early days of LED TVs. And yes, innovation has plateaued a bit. It’s hard to imagine what’s next beyond even higher resolution (hello, 8K) and some Jetsons-inspired modular screen system (hello, weird thing that Samsung made). This year’s new wave of boring TVs will only make the TVs on the market even cheaper, and they’re already amazing. It’s hard not to get excited about affordably priced technology that’s also amazing—no matter how thick it is.