The Dawn spacecraft has been hard at work orbiting Ceres, and over the last week, it’s sent back some stunning images of our closest dwarf planet.

This image of Ceres, taken by NASA’s Dawn spacecraft, shows terrain in the southern hemisphere within the large crater called Yalode. The prominent crater at top-right is called Lono. The crater directly below it is called Besua. 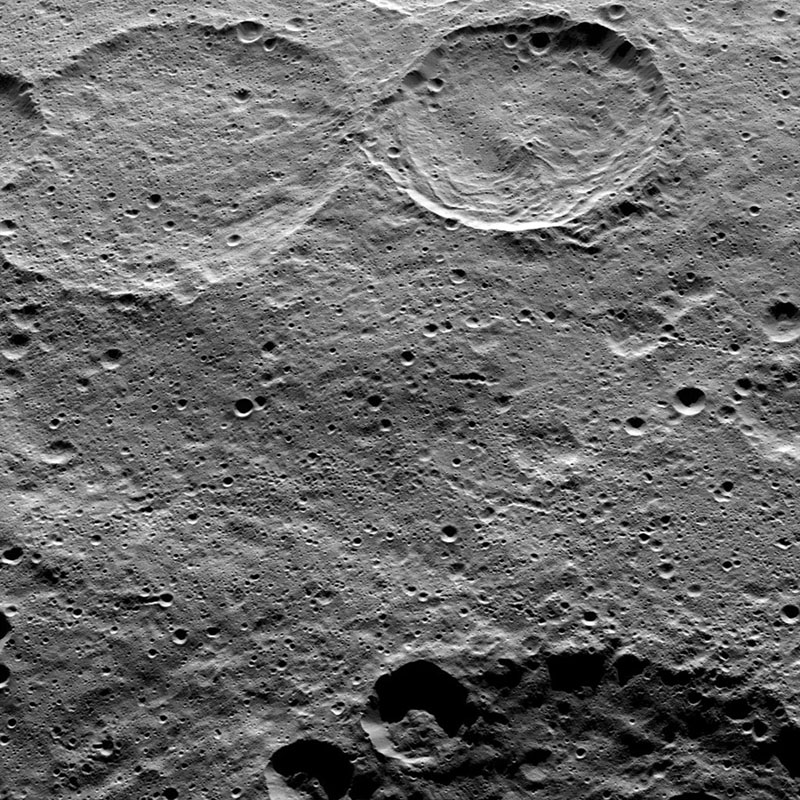 This image of Ceres, taken by NASA’s Dawn spacecraft, shows Sintana Crater (36 miles, 58 kilometres wide) at top, just right of centre. The rim of a large crater called Zadeni (80 miles, 128 kilometres wide), is seen at the bottom of the image.

This image of Ceres, taken by NASA’s Dawn spacecraft, shows cratered terrain at high northern latitudes. Ghanan Crater is seen at upper-right. A distinctive flow feature extends into the crater from its northern rim.

These images are stunningly beautiful, and shows off just how much punishment the dwarf planet has taken out in the Asteroid belt. It’s seen a lot of impacts, that’s for sure.