The Weirdest Stories are Sometimes The Most Real

For years, I thought of weirdness and personal storytelling as sort of opposites. You can have surreal, cartoony, acid-trippy, logic-melting insanity, or you can tell a grounded emotional story about people. But the big epiphany I had while writing All the Birds in the Sky is, sometimes weirdness is intensely personal.

I don’t know why this was such a big surprise to me. After all, I’d already read tons of Philip K. Dick novels where he goes on a mentally distorted rampage, crashing into the walls of reality until they buckle under the strain — and yet, Dick’s most unreal novels are also the ones where he is dealing with the most intense stuff from his own life.

And Doris Lessing’s five-book Martha Quest series is also a very autobiographical, introspective look at growing up in Africa and becoming an activist — until it turns trippy and unreal, while still remaining incredibly personal. In movies, too, you have things like Brazil and Upstream Color that manage to be both bizarre and almost unbearably true to real-life emotions and experiences.

And I’ve spent years hearing the supremely odd Rudy Rucker declaim about his theory of “transrealism”, which I think means that you can best portray your real-life experience by going completely dada. Or gaga, possibly.

So I really ought to have known all along that “weird” and “personal” are not antonyms — but I had gotten the idea, somewhere along the line, that they represent two points on an X-Y axis. You either hew towards “realism”, a vision of the world in which all the things we take for granted are more or less what they seem and our jobs and cars and houses are solid and all-encompassing — or you go totally loopy, and throw some melting dog-faces and singing tentaclegrams into the mix. But you have to pick one, right?

But increasingly, I think of “weird” and “personal” more in terms of a venn diagram — they don’t always overlap, but they definitely can, and often each strengthens the other. Again, I should have known this all along, but it’s been hitting me with greater force lately.

Sometimes you have to strip away all of the furniture to see the walls.

Sometimes you have to exaggerate some features to get at the truth, the real truth, about an experience or an idea. Not just in a Swiftian satire kind of way, but in a “this is how it felt for me” kind of way. Your real experience may be so drastic and warped, the only way to convey it to others is through exaggeration or distortion.

And this led me to another realisation — the real question that people worry about with weird fiction isn’t honesty, it’s “relatability”. We can “relate” to characters who seem like people we could meet in real life, or like ourselves. We can “relate” to situations that feel familiar and “normal,” and it’s harder to see ourselves in a story that’s just completely looney tunes. But as Ellen Kushner is fond of saying, relatability is overrated — it’s partly a function of marketing, and partly based on underestimating the average reader’s ability to put themselves into an imaginative world.

And relatability doesn’t necessarily shackle you to a narrow definition of realism in any case. I think that stories can be anchored in reality while also zooming into unreality — you just have to tie a really strong rope to that anchor. I used to think, while watching Under the Dome, that I would love a scene where Big Jim just shaves his face for a couple minutes. No dialogue, just Big Jim shaving his face. That would make all the scenes where people talked about pink butterflies and mystical eggs a lot easier to invest in. Just seeing the look in Big Jim’s eyes as he stares in the mirror and tries not to cut himself. You know? 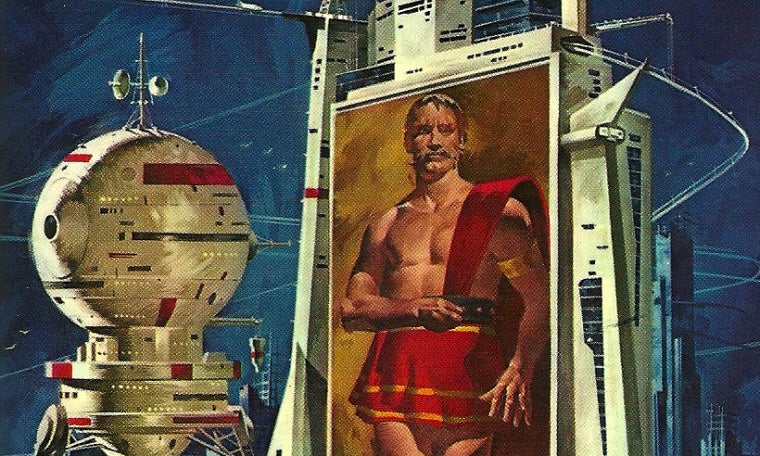 So with my novel, All the Birds in the Sky, I was getting really freaking weird at first, with my story of a young witch who befriends a young mad scientist. There seemed to be so much insanity in the meeting of those two worlds, that I felt like tossing in every crazy idea that I could think of, just to see what I could get away with. (In the very first draft, there are aliens hiding out in a shop that sells nothing but lentils and horse-riding pants, called Jodhpurs & Jodhpurs. I guess because aliens thought that was a business model that made sense to humans.)

Some of the weirdness got the axe in later drafts of the book, I also managed to save some of it, because I decided that I didn’t have to choose between “weird” and “emotionally grounded”.

In fact, my big epiphany with All the Birds in the Sky was realising that I could actually use the weirdness to make the characters’ inner lives feel more personal. The trick was partly a matter of tone, and partly a matter of keeping a laser focus on the characters in their emotions. It was like a mantra, or a bargain I kept making with myself: I’ll let myself have the time machine, and the talking birds, and the psychotic middle school, as long as I keep the relationship between my two main characters, Patricia and Laurence, front and centre.

But I also found that if the emotional bedrock of the story is there — and we never start wandering out onto emotional landfill instead — then weirdness can be funny one minute, and then horrifying or sad the next. The strangest situations can be the most emotionally intense, in fact, because you can go from the hilarity of “this can’t be real”, to the awfulness of “oh shit, this is real”. If you’ve ever been at a big family reunion where one of your uncles or aunts got drunk and started wigging out, you’ve experienced a moment like that.

When I started to remove too much of the strange and incongruous detail from All the Birds in the Sky, the result wasn’t a more powerful or believable relationship story — in fact, stripping away the wild flights of fancy seemed like it left me with characters who felt less distinctive, and even less grounded. This is partly because the weirdness is such a key part of Patricia and Laurence’s origin stories, but it’s also because the weirdness helped to throw all the ordinary stuff in their lives — all the lunches and dates and missed buses and random arguments — into relief. Like a chiaroscuro, sort of. But more than anything, unreal story elements felt like a way to bring their emotional truth to the surface, by breaking through the wall of expectations.

Part of why I love writing speculative fiction, in all its forms, is because reality is this crazy mess that makes no sense, and introducing the uncanny and other-worldly is our best shot at glimpsing, out of the corners of our eyes, the logic-fuckery that we mostly overlook. People are really good at collective self-hypnosis, and really bad at waking up.

Weirdness is a jolt to your complacency. It’s a fire alarm for the roof of your psyche. And all that good stuff. But it’s also the only way, sometimes, to capture the experience of being a person — stuffed into a manila envelope of skin and hair, stumbling through a world of unspoken consensus. A world where pseudo-animalistic dominance behaviours are enshrined in a million nonverbal social cues, and your self-image is a commodity, and you carry a tiny device whose screen flashes with constant reminders of your social status. The actual experience of being alive in 2016 is so weird, it’s almost impossible to capture without dropping the fountain pen and reaching for the brightest coloured crayon you can find. The only true realism is strangeness.

Images: Book covers for Philip K. Dick’s Ubik, Clans of the Alphane Moon, The Best of Philip K. Dick, and Our Friends From Frolix 8, by Chris Moore and others.