These are the First Ever Images of a Single Folded Protein

You can forgive this picture for being a little blurry because you’re actually looking at the first ever image of a single folded protein.

Usually, scientists create images of proteins by taking millions of snaps of different molecules. That’s because the illumination required to capture an image of a single protein is usually too high for it to survive, and it’s also very difficult to keep a single molecule in one place for long enough to take more than one image. The results, then, are a messy average, rather than a one-shot image.

But now, New Scientist reports, researchers from the University of Zurich have gotten around both of those problems: they simply spray proteins on to a single sheet of graphene, to which they become fixed. The graphene — think of it as a kind of very delicate microscope slide like you used in school — is so thin that low-energy electrons can be used to image the protein, as they pass through to the detector beneath with little effort. That allows the team to capture images without destroying the molecules, which it claims is a first in a paper published on the arXiv server.

The team actually captured images of a range of different proteins. You can see the resulting images, along with their structural models, below. It seems to work pretty damn well indeed. 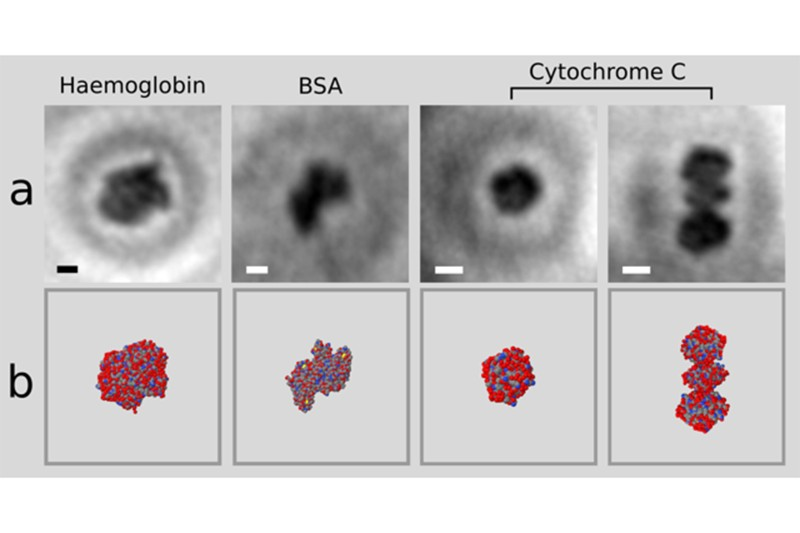 Next, the researchers plan to use the technique to study all kinds of hard-to-image molecules, and hope the results will help us understand their function better than ever. [arXiv via New Scientist]