It’s a common argument when a city wants to take away space for cars: “This isn’t Amsterdam”. But guess what: Amsterdam — where half the traffic movement in the city centre is by bike — wasn’t always Amsterdam, either. The image above serves as proof that better street design can improve daily life, not just for people on bikes but for all residents.

Once upon a time, Amsterdam was just like every other city in the middle of the 20th century: planning for cars, paving car parks, and proposing urban freeways. Then the oil crisis of the 1970s happened. To help its citizens save petrol, the Netherlands implemented a nationwide “Car-Free Sunday” in November of 1973. For one day each week, the country’s three million cars were not allowed on roads, leading to some interesting photos of horses and bikes on the country’s highways. Like similar car-free days in other countries, seeing the positive impact from this weekly activity inspired residents to bring about permanent change.

As part of her masters’ thesis at the University of Amsterdam, Cornelia Dinca started a blog called Sustainable Amsterdam, where you can find before-and-after photos of Amsterdam’s streets that show a stark transformation. Working with photographer Thomas Schlijper, Dinca was able to create historic-contemporary photo comparisons for some of Amsterdam’s most impressive urban design transformations. We’ve included a handful of the photos below.

What’s important to note is that it’s not just about swapping car lanes for bike lanes. It’s also about adding trees, pavement dining, benches, parks, markets, fountains. The sum of these smaller changes make a street a destination in itself not just a way to get somewhere else. 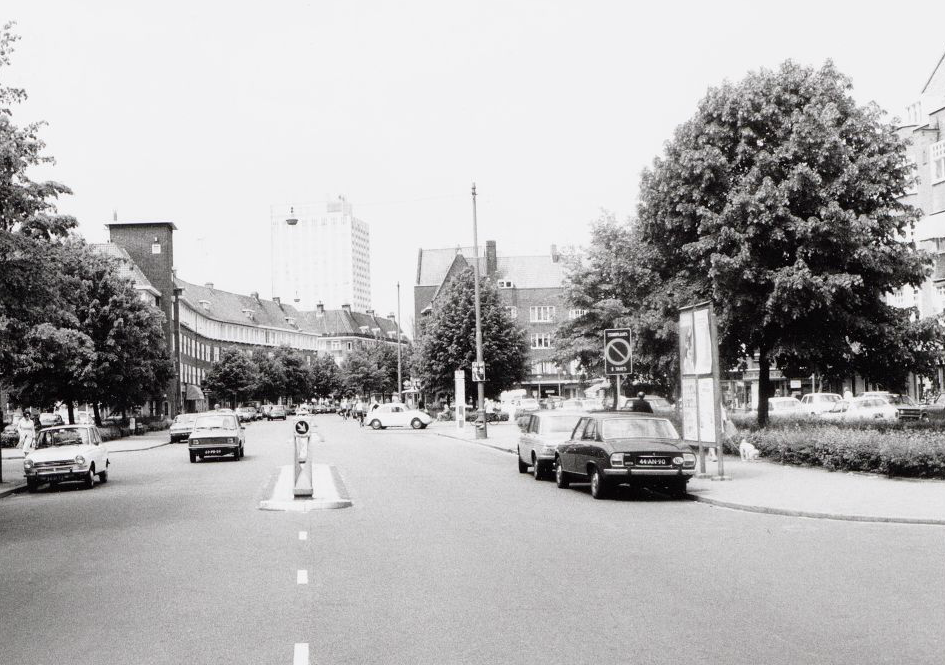 Check out more comparison shots at Sustainable Amsterdam and @SustainableAMS.

Historical photos via Beeldbank, the Amsterdam city archives; contemporary photos by Thomas Schlepper; special thanks to Marco te Brommelstroet at the Urban Cycling Institute, University of Amsterdam who you can follow at @fietsprofessor