13 Superhero TV Shows That It's Hard to Believe Somebody Greenlit

By Gordon Jackson on at

We’re living in the Golden Age of superheroes on television. But capes and superpowers have lived on the small screen for decades—and there have been some truly bizarre ideas for how to translate them from comics. Here are 13 superhero shows it’s hard to believe someone thought were a good idea.

Always looking to expound on the Scooby-Doo formula, Hanna-Barbera had the idea to mesh the cute, central character of their programs with a superhero character.

They landed on Captain Caveman: a nude man, wrapped in his own body hair, who solves weird crimes and mysteries with the help of the three teenagers who unthawed him from the glacier: Taffy, Dee Dee and Brenda, parodies of the cast of Charlie’s Angels. Captain Caveman could also fly, but his own superpowers would fail at any moment—his catchphrase, “Bad time for energy crisis!” referenced the gasoline rationing shortages of the 70’s. Captain Caveman could pull dinosaurs, tools, gadgets and other helpful items out of his thick body hair, and he had a “cape” made of animal skins. 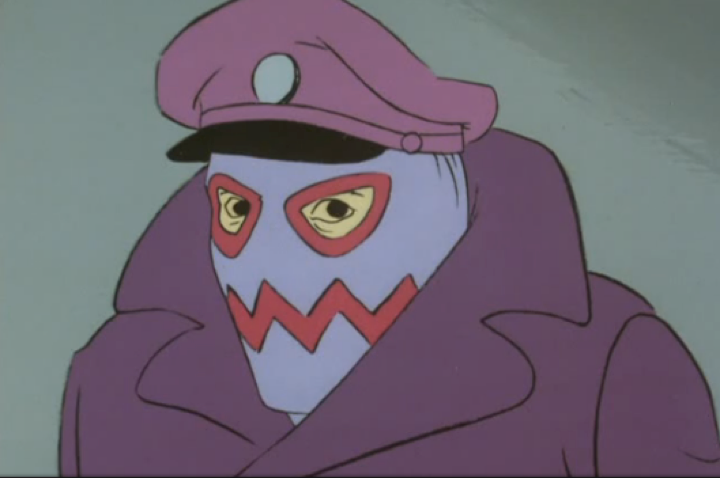 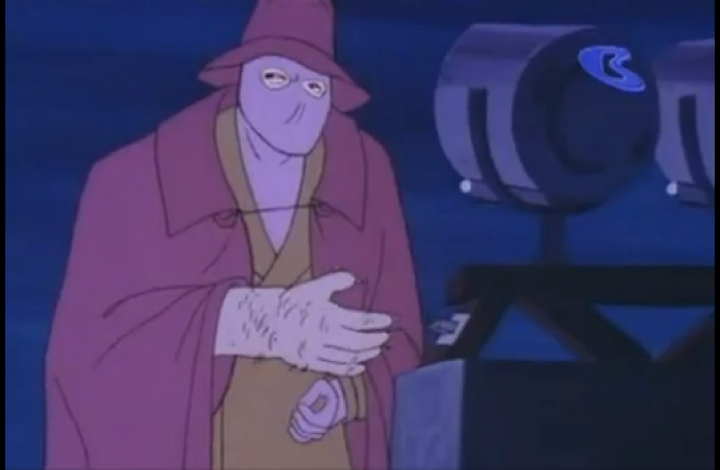 When police detective Vince Faraday is framed for a crime he didn’t commit, he decides to dress up as a character from his child's comic books. He fights crime, under the tutelage of the Circus of Crime and it’s ringmaster, Max Malini (played by Keith David!). That’s a lot of set up for a series ultimately about a magician fighting crime—a tried and true recipe—and those multiple layers of contrivance may have dissuaded viewers from tuning it. Cancelled after ten episodes, the show did manage to rack up a fun roster of delightfully “Golden Age” super villains: 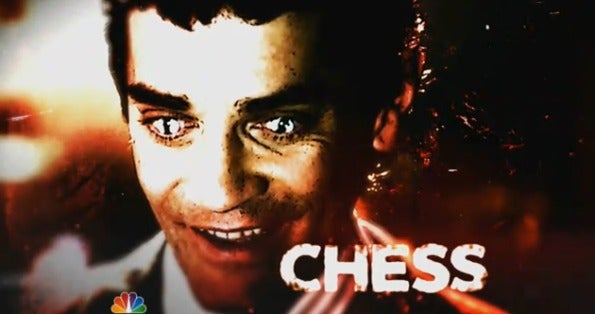 Chess (James Frain), the man with Chess pieces for eyes! 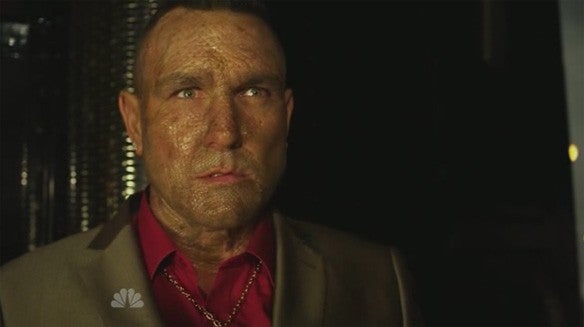 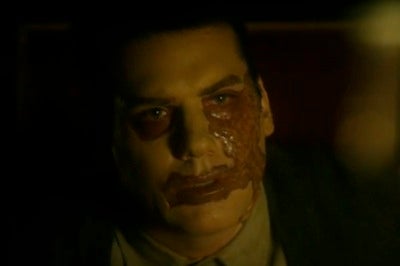 The Lich (Glenn Fitzgerald). Another villain with a skin condition – this one’s called “Morgellons leiche” – imbuing him with constantly necrotising skin! 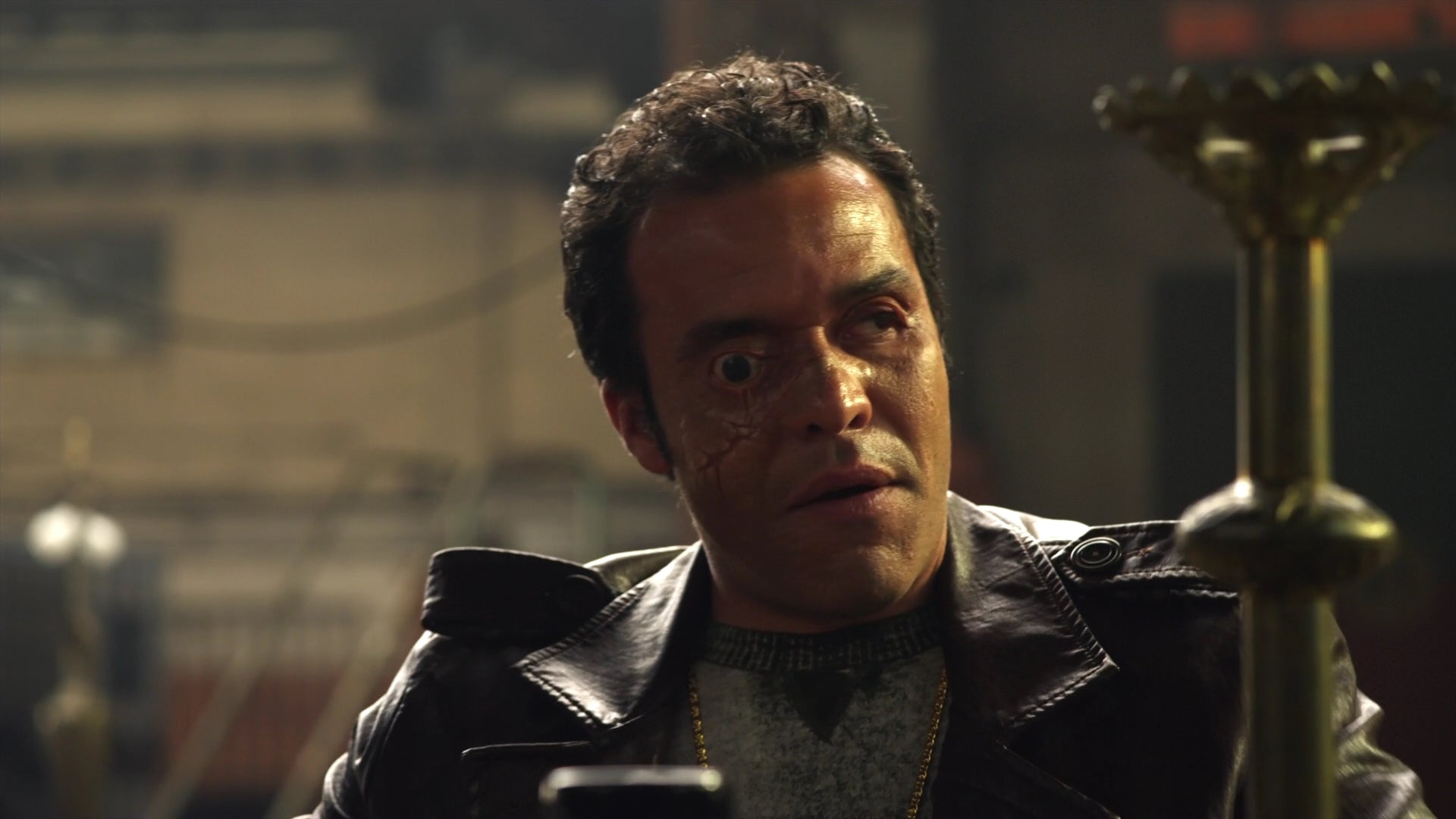 Pokerface (Michael Irby). He never blinks, due to surviving a bullet to the head.

And The Cape did get more enjoyable as it went along, giving us the deathless catchphrase “No cake for you!”

In a series sharing airtime with The Flintstones, Hanna-Barbera got its hooks into The Thing from The Fantastic Four, reimagining the character as the gawky teenager “Benjy” Grimm. When Benjy touches his magic rings together, and shouts “Thing Ring, do your thing!” he transforms into the ever-lovin’, blue-eyed Thing.

There’s a twist, though: The new Thing’s voice and persona is based on the great Schnozzola himself, Jimmy Durante.

Following the success of Tron, a series like Automan seemed like a no-brainer: a blue-glowing hologram who fights crime with a shifting, polyhedron sidekick named Cursor, able to draw things into reality. Why not?

Where the series fails is all those scenes of Automan’s creator, Walter Nebicher (Desi Arnaz, Jr.), serving as district attorney. It was a pretty whiplash-inducing transition, and simply not as exciting.

The Cronenbergian origin of Turbo Teen features the young Bret Matthews, enjoying his new driver’s license during a rainstorm, when a lightning bolt derails his sports car into a nuclear facility. A molecular beam fuses the boy and car together instantly into the boy/car—Turbo Teen!

His arch nemesis is the monster truck driving Dark Rider, a mysterious figure hell bent on learning the secret behind the Turbo Teen’s abilities.

While the transformation sequences have a twinge of body horror to them, the overall conceit is closer to John Carpenter’s Christine— by way of Abel Ferarra’s The Gladiator.

The Super Globetrotters received their orders from an OMAC-like orbiting basketball-satellite called the Crime Globe. And most episodes would end with the Globetrotters challenging the villain-of-the-week and his/her henchmen to a winner-take-all basketball game.

Together they defeated foes like the Museum Man, Whale Man, and Atilla the Hun—both on and off the court!

As Bibleman, Willie Aames uses the Bible against such foes as the Wacky Protestor, 2Kul 4Skul and Baron Ulysses Tantamount von Braggart, protecting God-fearing children from atheist villains (no, really). The series of direct-to-video tapes ran from 1995 to 2011, but you can sometimes see them on local religious television networks when in the United States.

8) The Adventures of T-Rex

Set in a world of anthropomorphic dinosaurs, The Adventures of T-Rex concerned a vaudeville group of dinos with superpowers unique to each group member’s anatomy. For example, one member has a super strong tail, while another features telekinetic eyes. They wore super suits and rode the Rexmobile into battle against their arch-foe, “Big Boss” Graves.

While each member of the team is visually identical, aside from their colours, you can tell them apart by their voices—imitations of Jack Benny, Art Carney, Bing Crosby, Humphrey Bogart and Jimmy Durante. Kids love Jimmy Durante.

An insane premise, but one you can’t help but admire—DiC’s take on the virtually identical Gargoyles concerned a team of crime-fighting mummies!

The third Hanna-Barbera show on this list, Going Bananas featured a superhero Orangutan called Roxanna Banana. She gets her powers from a lightning bolt that came from a passing UFO.

A late attempt to revivify the sputtering Troll doll craze, The Stone Protectors concerned a band called the Rock Detectors finding magical stones that imbue each member with their own unique power set:

Cornelius became a samurai with the power of the blue stone.

Chester is an expert wrestler, with the red stone.

Angus, with the yellow stone, can turn ordinary objects into deadly weapons.

Maxwell becomes an “accelerator” on roller blades when he uses the orange stone.

Together, they battle the evil saurian Zok, whose greatest offense is hating their terrible, terrible music.

A localised take on Super Sentai and Power Rangers, France Five focused on a new group of colour-coded heroes—one where each member reflected a different facet of French culture.

And of course, the mysterious sixth member: Silver Mosquetaire!

The France Five must stop the evil Lexos Empire from destroying the Eiffel Terror—the locus of a force field protecting the Earth from alien invasion.

And yes, before you ask: The entire series is on Youtube:

Keeping a tenuous grasp on the characters of the Batman franchise we know and love, while simultaneously supplying them all-new backstories, Gotham walks a very precarious tightrope indeed.

One episode may feature a man who handcuffs balloons to criminals, sending them skyward to their stratospheric deaths (it was the Balloon Killer, after all, who gave the young Bruce Wayne the idea to be a vigilante—who knew?), while another will illustrate The Riddler brutally murdering his co-worker, Ms. Kringle in a lengthy strangulation scene.

Let’s say it’s pretty violent, for a superhero series in which we meet a lot of people’s dads.