What DC's 'New 52' Got Right—And What It Got Wrong

Rumours abound that DC Comics’ new “Rebirth” project will reboot its comics continuity yet again, and put an end to the “New 52" era that began in 2011. Although the current DC universe has often been a mess, it has also resulted in some fascinating new directions for its heroes. In case the end is nigh, we’ve looked back through nearly five years of DC comics to see what worked and what didn’t.

What They Got Right 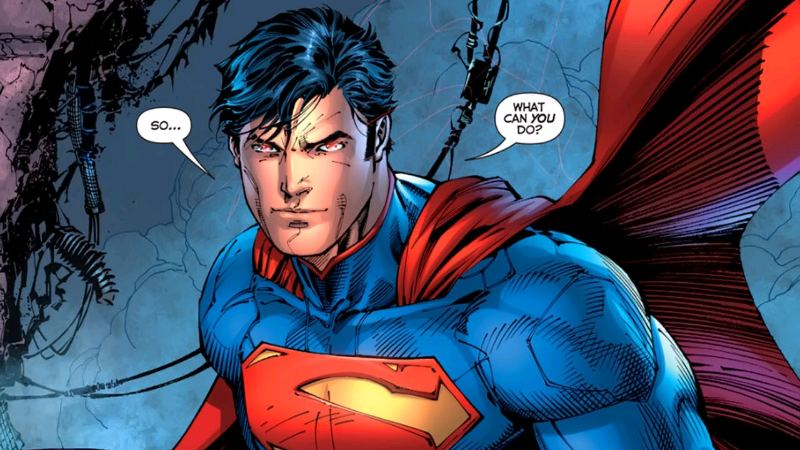 Despite some initial controversy at the abandonment of decades of continuity, the New 52—named for the 52 new ongoing series that launched in 2011—was a much needed fresh start to get people interested in reading DC comics. Marvel had had good success turning newly-introduced movie fans to comics with Marvel Now!, and it was essential that DC presented an ideal jumping on point for people who’d not picked up a comic book in years.

Dumping the extraneous continuity that had been built up for so long (so long that it not only made the comics intimidating but often didn’t even make sense) it worked resoundingly well for DC, with sales spiking when the New 52 launched. Although the continuity change burned a lot of diehard fans, it helped foster an approachability to the company’s output that reached far beyond those disgruntled fans, and enabled creative teams to tell bold, interesting new stories about these characters that had been around for over half a century. 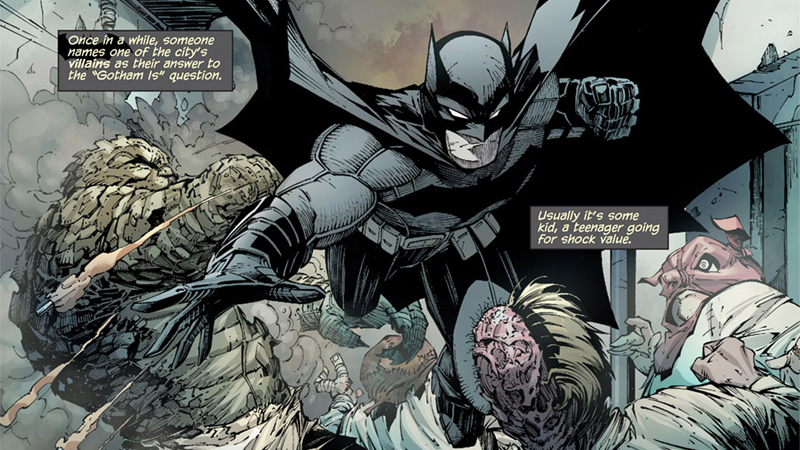 The story of the New 52 as a whole is defined by great highs sinking to great lows, but if there is one book that has stayed a consistent bright spot in DC’s lineup, it’s Scott Snyder and Greg Capullo’s Batman.

It’s remained one of DC’s most popular series for over four years, and there’s a good reason for that: Snyder completely understands Bruce Wayne, and got inside the billionaire’s head to tell stories about him, that weren’t just wildly new but true to the ethos of everything Batman is about. Paired with the consistently jaw-dropping art of a talent like Greg Capullo, Batman defined the New 52 as a new wave of definitive takes on DC’s characters.

In an era where the creative teams on comics constantly rotate to keep things fresh, the fact that Snyder and Capullo are still on Batman all these years later is a testament to their quality work with the character. 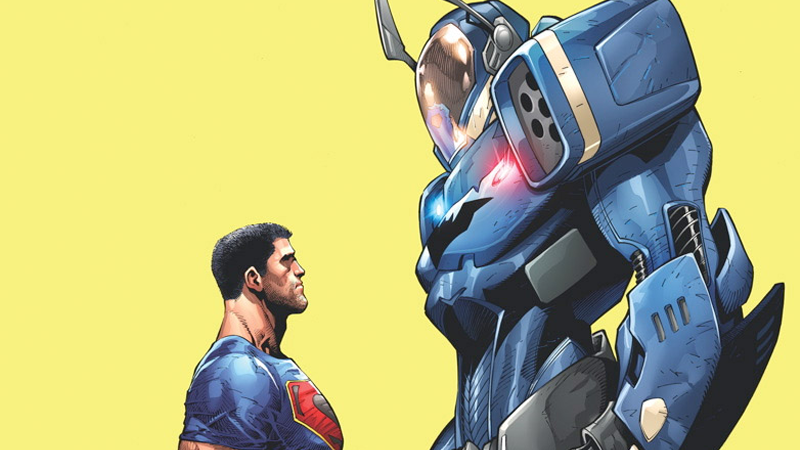 More recently, some of the most interesting things coming out of DC have been their shake-ups to mainstays Batman and Superman. Currently, Jim Gordon has taken on the role of Batman as a mechanised Gotham PD officer in the wake of Bruce Wayne’s death at the hands of the Joker (like most comic characters, they both got better). Superman, on the other hand, has been depowered, his identity exposed, and has generally not been having a great time.

Superhero comics are usually a risk-averse world, where major changes are either elaborate bait-and-switches, or quickly reversed to conform to the established status quo (these days, that’s usually just in time for a movie)—and yes, pretty soon these two changes are going to be reversed. But even so, the fact that DC went about completely overhauling two of the most iconic characters in the comics world, for as long as they have, was an incredibly bold move, and something that captured people’s attention. It’s a shame the company haven’t done it with more of their characters, but these two ongoing plotlines have been a tantalising journey for Batman and Superman. 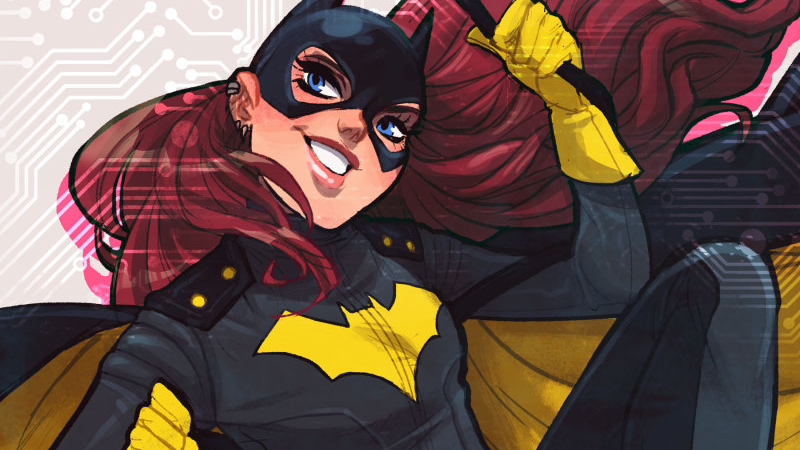 The predecessor to those big character-driven changes was the tonal and stylistic overhaul of Batgirl last year. Although Gail Simone, Ardian Syaf, and Vicente Cifuentes’ series developed into one of the better titles in the first wave of New 52 comics, it shot up in popularity with a soft reboot that saw Brenden Fletcher, Babs Tarr, Cameron Stewart, and Maris Wicks take on the character, turning Batgirl into a beacon for change within DC comics.

In contrast to Simone’s dark run, the new Batgirl (complete with a modernised, practical costume update) saw Barbara move to the hip Gotham district of Burnside and back to her studies, balancing a career as Batgirl with her private life. It was unlike anything else in DC’s line-up, with an extravagant sense of style and colour, and a story rooted in the modern, social-media dominated world of young people. Batgirl instantly stood out and garnered praise from fans and critics alike, and its popularity inspired DC to bring on a wave of new books that embraced the brightness and tone of Batgirl, like Prez or Gotham Academy. For the first time in ages, it felt like there was a much more tonally diverse series of books out from DC, and we have Barbara Gordon to thank for it. 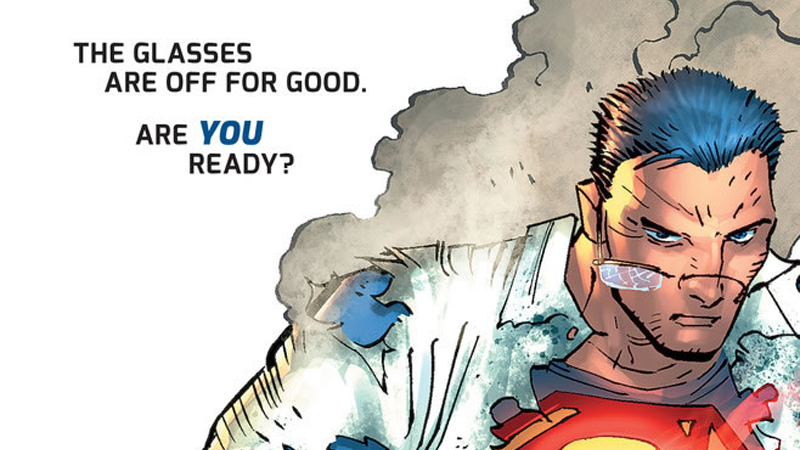 The success of Batgirl’s tonal shakeup inspired “DC You”, a new wave of comic book launches last year that represented a swathe of diverse stories and characters joining the new 52 line-up. The aforementioned changes to Batman and Superman’s status quo occurred here, but DC You’s strength was in its push for new series: A modern update of the comedy series Prez with a new female lead, an Egyptian-American becoming Doctor Fate, Cyborg getting his first ever solo series, and gay hero Midnighter getting a fantastic, sex-positive, action-packed ongoing. It felt like everything the New 52 should’ve been from its very beginning, an infusion of creative and stylistic freshness that offered new takes on iconic characters, and added new heroes to DC’s legacy.

DC You may not have invigorated the slumping sales of the New 52—if anything, it’s made them worse—but creatively speaking, there hasn’t been a roster of comics quite like this from DC in a long time, and it was very, very welcome.

What They Got Wrong 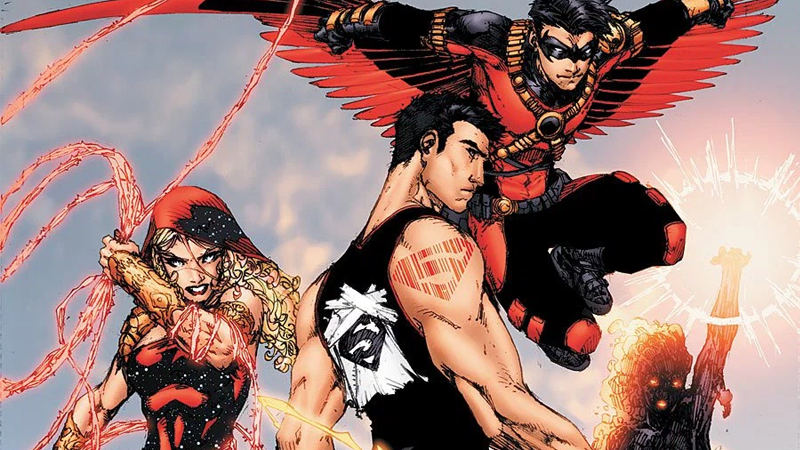 One of the earliest blunders in the New 52 line-up was the approach to the Teen Titans. If you were a kid who knew the Teen Titans through the wildly popular animated Cartoon Network show and felt like checking out the comic they came from, you would have been shocked not just to find a nearly unrecognisable team, but that only teens were allowed to purchase it, thanks its “Teen” rating. If you looked through DC’s other series for your favourite characters, you would find them radically different—the most controversial being Starfire, a sexed up, emotionless void of a character nothing like the hero new fans were familiar with.

But the Teen Titans series also found itself aimless in general. It was a team book that spent little time actually examining the characters that formed it, trading character drama in favour of setting up new (and much more interesting) supervillains for them to bounce off. The book was canceled and reshuffled in 2014 to include more familiar heroes like Raven and Beast Boy, but the same issues lingered throughout. 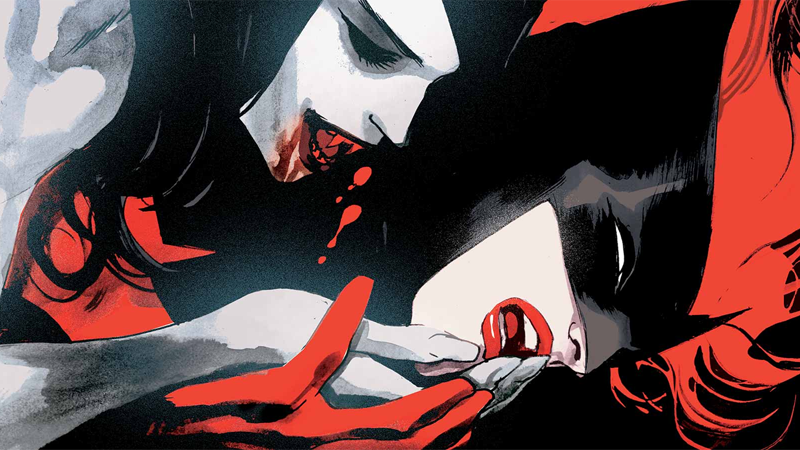 2) The Rise and Fall of Batwoman

Batwoman was an early hit in the New 52; J.H. Williams III and W. Haden Blackman’s series stood out both visually thanks to Williams’ incredible art, and for its nuanced portrayal of Batwoman in a lesbian relationship with her partner Maggie Sawyer. But then the team had Kate Kane propose to Maggie, and DC disallowed the creators the right to actually marry the characters.

The response was quick, and furious. Fans were enraged, Williams and Blackman quit the book, and DC scrambled to replace them. Marc Andreyko and Jeremy Haun took over the series, and sent it in a weirder direction than anything Blackman and Williams’ time on the series had done, and even sparked controversy again when they separated Maggie and Kate. Sales plummeted, and DC were ultimately forced to kill one of their most successful New 52 titles, essentially because of their own doing. 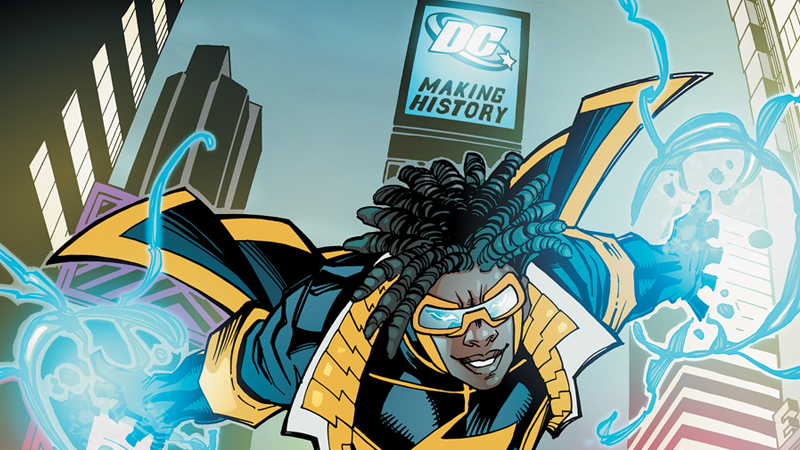 3) Giving Up Too Soon

Starting out with 52 different series was an ambitious task—and one that DC made very quickly complicated by harshly (and rapidly) cutting down series less than a half a year after the New 52 began that weren’t matching sales expectations. Minority characters like Static Shock and Blue Beetle saw their series culled early, as did many more heroes. Characters owned by DC through their acquisition of Wildstorm were hardest hit, canceled rather than continuing with shakeups or new creative teams. It meant some of the more experimental series that were introduced in this new wave were killed before they had the time to find their footing, leaving audiences hanging and disappointed.

It’s a mistake DC almost repeated recently when it moved to cancel Tom King and Barnaby Bagenda’s The Omega Men reboot, just as it was establishing itself as one of the best comics released last year, before fan response caused them to back down. While in some cases it may have been the best option, it was a dampener on the earliest days of the New 52 that some of these more unique books were never given a chance to flourish. 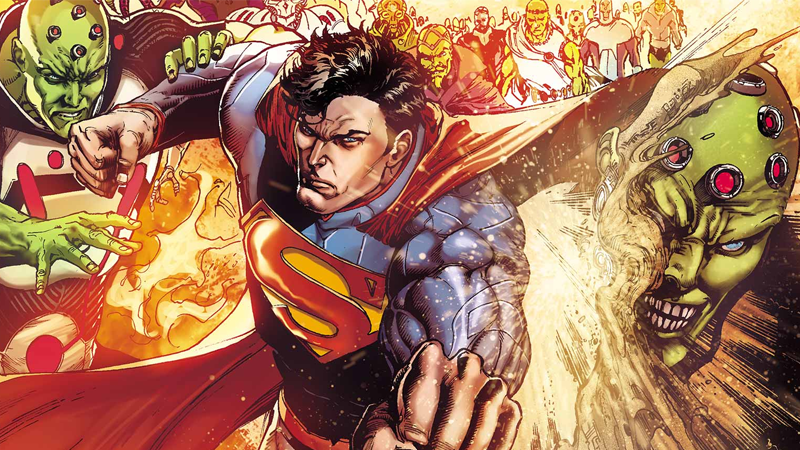 There’s been plenty of New 52 event series, but none have fallen quite so flat as last year’s Convergence, a tonally bizarre throwback to the pre-New 52 DC universe set around a main series that was aimless, confusing, and without clear stakes. It was also mostly a complete bore to read, in comparison to the brief miniseries that spun off from the main title.

The two-month event was created as a stop-gap in regular publishing, as DC relocated its New York offices to Los Angeles. Its regular titles paused for those two months, while Convergence and its many, many tie-ins were sold instead, so no one was really expecting it to be the next Crisis on Infinite Earths. However, seeing as it brought back many of the characters and universes that DC had gated off when the New 52 began, it still should have been a nostalgia bomb for all those fans still clamouring for the original DC continuity.

Even when it culminated in a kind-of-sort of re-establishment of the DC Comics Multiverse , Convergence failed to resonate either with the nostalgic fans DC attempted to appeal to or the new ones who jumped on board in 2011, and even though comics sales were strong for the two-month event, a negative reaction saw them rapidly plummet after the series came to a close. 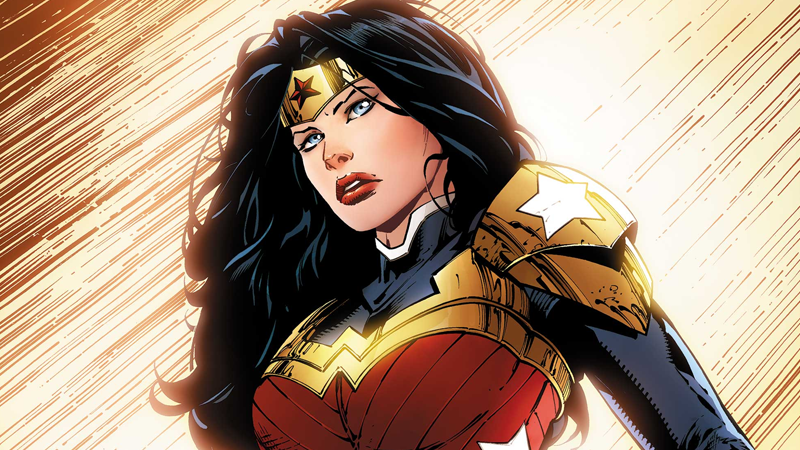 Like many of the initial New 52 series, Wonder Woman’s ongoing was marred by controversy—specifically, changes to her origin story that fans saw as a detriment to the character’s position as a feminist icon. However, it eventually emerged into a solid, popular book, under the guidance of Brian Azzarello and Cliff Chiang.

But when Azzarello and Chiang were replaced by Meredith and David Finch, the Wonder Woman book found itself aimless and steadily less popular, and Wonder Woman herself—the most iconic female figure in DC’s comics—barely feels like part of her own story or even the main events of the New 52 universe. When DC announced major changes to the fundamentals of their Batman and Superman comics with DC You, Wonder Woman was announced as getting a new costume... and that was pretty much it. It made fans feel like DC didn’t really care about Wonder Woman, at a time her own solo series is struggling, and is an ongoing problem for the character.