The first—called Terragraph—uses nodes placed throughout dense urban areas, whether perched on light poles or traffic lights. They sort of look like speakers from a 50s drive-in: 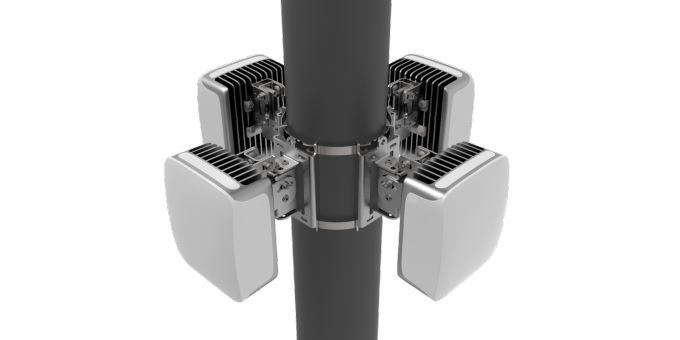 These nodes use what’s called WiGig, basically a souped-up version of wifi that can handle a 7GHz transmission. They also operate on the 60GHz band. The problem with these unlicensed high-frequency bands (most smartphones operate around 700MHz to 1.7GHz) is they can’t travel very far or penetrate obstacles, like buildings, very well. But, man, can they carry tons and tons of data.

To deal with the limitations of the technology, Facebook plans to place these nodes 200-250 metres apart. This closely knit network will then be able to redirect signal around would-be obstacles, theoretically making for a clean connection. It’s an idea not too far removed from the one proposed by Starry, the weird descendent of the now defunct Aereo. However, Terragraph works like so: 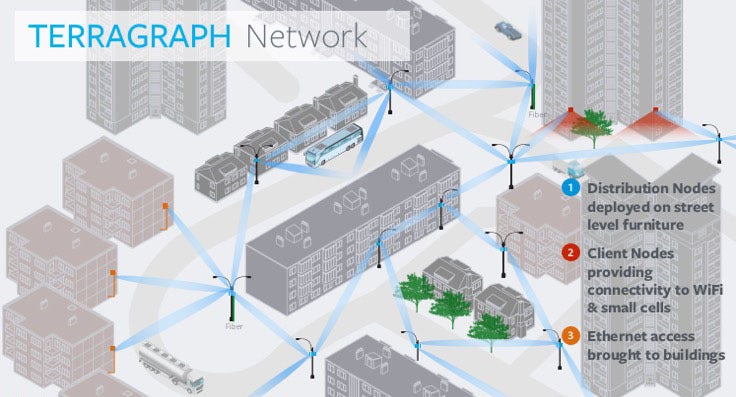 A rough mock-up of Facebook’s Terragraph network, San Jose will be the first test city starting later this year.

But what if you don’t live you’re one of millions that don’t live in a city? That’s where ARiES, Facebook’s second foray into wireless infrastructure technology, comes in. ARiES, which stands for Antenna Radio Integration for Efficiency, is like the technological middle man between 4G and 5G, specifically built to make spectrum more efficient and all-around better for rural areas. 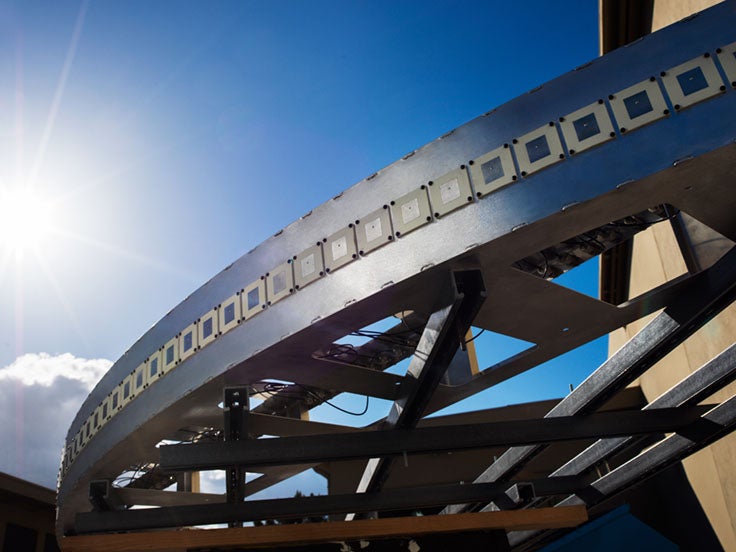 By Facebook’s estimation, 97 per cent of the world lives less than 25 miles from a major city, and Facebook wants to use Terragraph and ARiES to address the internet needs of the many. Because obviously, more people connecting to the internet means more people can use Facebook. World domination, here it comes.