When giants fall, they fall spectacularly, and HTC’s descent over the last few years has been remarkable to watch. After creating a trendsetting phone in 2013, it imploded just two years later with sluggish and poorly-reviewed follow-ups. Their newest phone, the HTC 10, is about crawling back from obscurity. While remnants of its old design clings to the familiar shiny and chrome exterior, almost everything inside this phone is reinvention: from the speakers to the software to the camera.

Other companies want a specific reputation attached to their phone—it’s why the Galaxy S7 is loaded up with TouchWiz and Apple comes with dozens of apps you’ll likely never use. Instead, HTC just wants to make a good phone, and in doing so, happily eschews branding in favour of features that make the 10 significantly better than anything HTC’s built before, but is it £570 good? 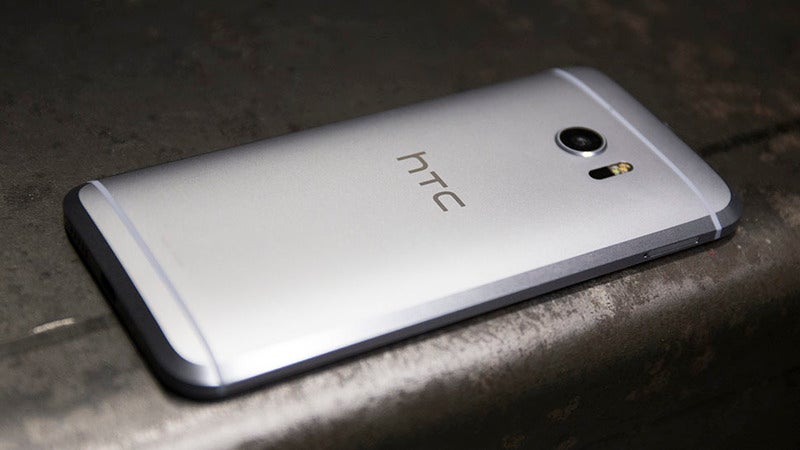 “Sculpted by light” or whatever

But when you first look at the HTC 10, you do have to suppress that sense of “been there done that.” HTC uses fancy terms like “sculpted by light” and other nonsensical sentences to describe its new design, but really the phone has sculpted edges like something out of Harrison Ford’s workshop. The slightly different metal finish around the edge catches light at different angles, so it almost looks likes it’s two separate colours—a feature HTC toyed with last year on the One M9. Really it’s just one colour with a small optical illusion thrown into the mix.

The more interesting stuff is what’s happening on the front. For the 10, HTC ditches its most noticeable hardware feature— two front-facing speakers. Instead, HTC does some clever engineering so the high-end range of audio exits through the thin speaker (tweeter) at the top of the device and low end notes, the bass, through the bottom speaker. Geographically separating the highs and lows makes sense (and no other major phone company has tried it), but since the orientation of the tweeter points at my face while the bass notes point away, the bass gets lost, which is a major bummer when your listening to something with a lot of complexity and nuance like Kendrick’s untitled unmastered. 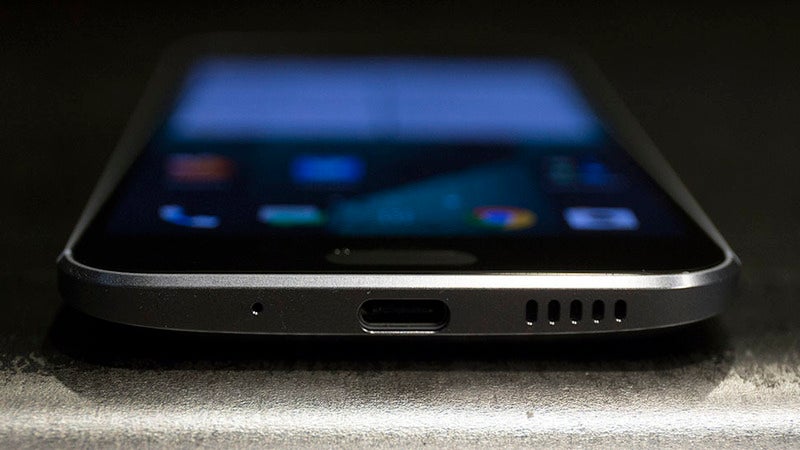 But once you plug in headphones, things get much better thanks to a built-in upscaler that pumps out hi-res, 24-bit audio. The 10 also comes with a customisable audio profile that can sculpt sound to fit your ears. Testing among devices, I couldn’t hear that much of a difference (though I’ve may have gone to too many punk shows in my lifetime). But the one thing I can say with confidence is that this thing is loud—way louder than the G5, iPhone 6s, or Galaxy S7.

After tweaking settings, the HTC is a clear audio winner. It’s also the only non-iPhone with Airplay audio certification. But unlike the iPhone 6s, where you’re frustratingly stuck with one audio profile, HTC gives you choices aplenty.

A look at HTC 10's audio profile setup. You can create a profile for every piece of ear gear that you own.

And that’s really what the HTC 10 is about—choices. It’s the defining philosophy that runs throughout this entire phone and extends all the way down to its very software. For the 10, HTC used an “if you can’t beat ‘em, join ‘em” tactic on redesigning its user interface. The most noticeable improvement is how Android looks. HTC partnered with Google to entwine certain services so it can say goodbye to the bloatware holding back most of its Android competitors.

The most prominent example is HTC’s decision to replace its own gallery app with Google Photos, but other apps like the HTC music player and Notes application are gone, too. Compared to just a year ago with the HTC M9, the 10 is refreshingly simple and one the most Google-friendly Android phones out there. It actually feels like you’re using Android, and that’s a huge plus. Here’s a look at the software HTC shipped last year compared to the 10's more refined design palette:

Homescreen, more room thanks to capacitive buttons and a more Google-like icon design.

Blinkfeed, while not my favourite news reader it at least looks waaaay better.

The HTC 10 is also blazingly fast, thanks to a combination of a powerful Snapdragon 820 processor and a lot less bloat. HTC’s even said they’ve fined tuned the UI for faster performance. Apps never hang up or freeze up, everything runs super smoothly. This feels like a phone that belongs in 2016—something previous HTC never got quite right.

But if you want to build an Android phone for the here and now, it needs a camera that’s worth a damn. Two years ago, you could get away with a crappy cam—nearly every Android phone had one. That’s no longer true. In all other areas, a phone should strive to be different, but when it comes to cameras it’s best to follow the trend. 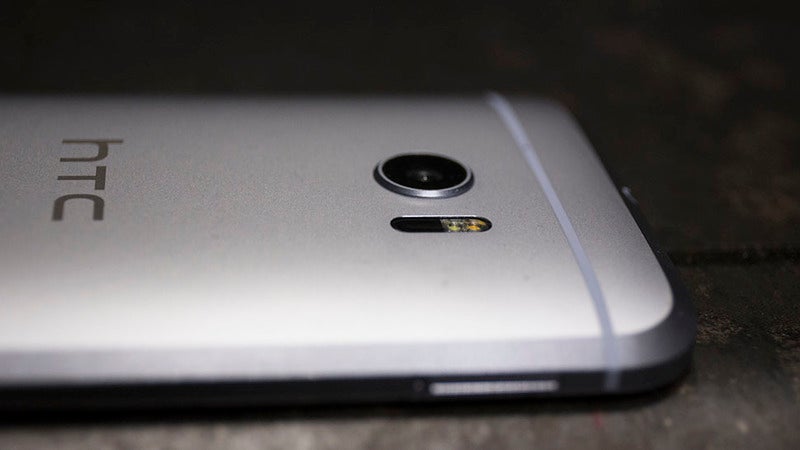 HTC’s camera has lots going for it. For one, it works with Google Photos so the camera can shoot and store high-resolution RAW images inside Photos. That’s a totally new feature for the app and exclusive to the HTC 10. And even while some smartphones, like the LG G5 (and maybe the iPhone 7), go with a dual-lens setup for wide-angled photos, the 10 packs in a wider-angled lens, which actually made a huge difference while I tested this camera during a holiday in Philadelphia.

In the image above (which is Independence Hall where some dudes hundreds of years ago were like “let’s start a country, yeah?”), I was corralled into a gated-off area that I couldn’t leave under threat of a very surly security guard. I took both those photos pushed up against the gate as far as I could go. The iPhone photo feels almost claustrophobic where the HTC 10 even fits in the steeple (and has better colour accuracy.)

But even stepping beyond sheer photo size, the 12 megapixel camera keeps up with the very best from LG and Samsung, which definitely wasn’t the case with past smartphones. Here’s a quick comparison between three top Android phones:

I wouldn’t say HTC is the clear winner here (the G5 took one hell of a photo), but at least it holds up. Unfortunately, that quality doesn’t quite stretch to low-light. HTC does upgrade to an f/1.8 aperture along with optical image stabilisation—those are two great things to have for low-light. Although both capture a great amount of light, the Galaxy S7 still edges out the HTC 10 with sharper image clarity.

Also, the laser autofocus on the HTC 10 is fast, but not supernatural like the Galaxy S7.

If you’re looking for the absolute very best camera, I find the G5 and S7 still have an edge, but it’s undeniable that HTC’s significantly closed the gap with the HTC 10. In the video department, the 10 also 4K capture 24-bit audio, another bonus.

In fact, it feels like HTC’s finally returned to the premium Android flock with the 10. The phone radically rethinks what a top-of-the-line HTC phone looks like, not just with superficial exterior design notes, but by taking a whole new approach to the philosophy of flagship phones. The improved audio and camera are great, but the willingness to cut back on bloat and introduce features from other manufacturers—all for the sake of customer satisfaction—are what’s really exciting. Like all phone makers, HTC is hungry for your money, the only difference is this time they’ve actually done something to earn it. 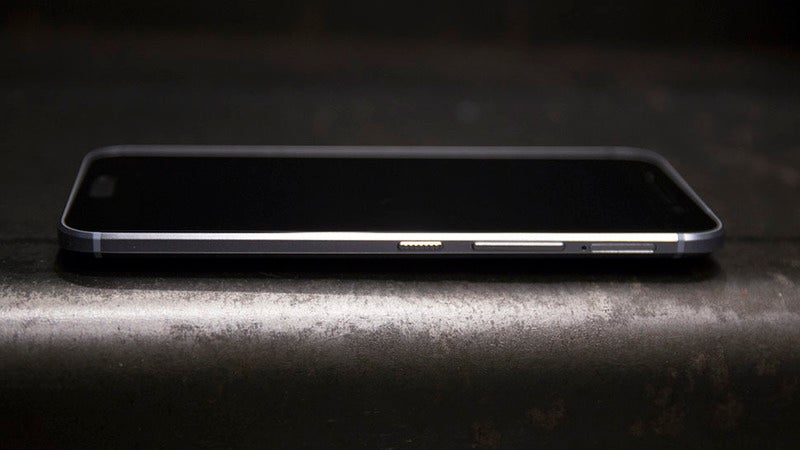