NASA's Opportunity Rover Got Stuck on a Hill on Mars

NASA’s Opportunity rover just attempted to take on the steepest hill a Martian rover has ever climbed—and promptly got stuck there. Oh dear.

Opportunity sent back this harrowing photo of the view it saw when attempting to climb a slope to reach Mars’ Knudsen Ridge. The shortest route would have taken it over a 32 degree incline. That turned out to be too much for the rover which, over three attempts, spun its wheels enough to move 66 feet—but only managed to gain 3.5 inches. 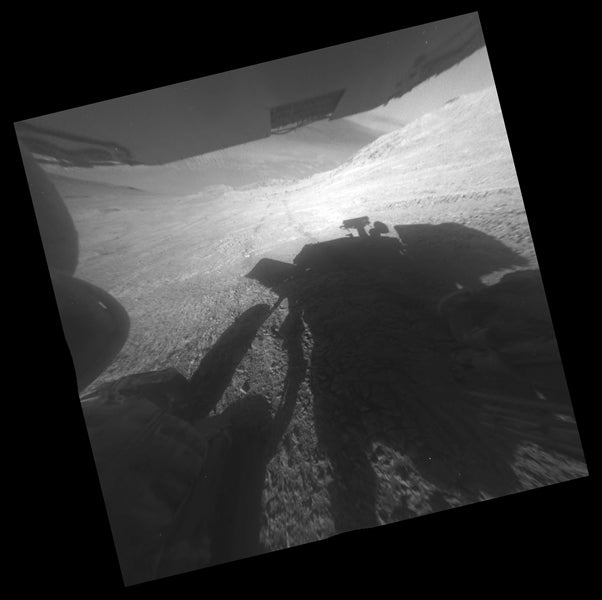 The incident serves as a good reminder of the problems faced by a robot vehicle when “get out and push” isn’t an option. It’s also an excellent argument for sending up multiple types of different rovers to a planet to deal with all the different kinds of terrains they need to explore—perhaps, for instance, the rover NASA has been working on for asteroid exploration.

If you haven’t seen The Hedgehog (note: not it’s official name, though it definitely should be) in action, behold it’s tornado spin move!

Designed primarily to escape from sand traps on asteroids, it’s not hard to imagine them also spin-jumping their way across the hills of Mars like a terrifying army of robotic tumbleweeds.

Until its Hedgehog backing army can arrive, though, Opportunity found a temporary solution to its problem: It threw itself in reverse, escaped, and went around the hill instead of up.