Over a century ago, scientists discarded a proposed theory that human limbs evolved from gills, given the lack of evidence in the fossil record. Now that theory is being revisited in light of new genetic results just published in the journal Development.

Human beings inherited many features from creatures that lived hundreds of millions of years ago, and we still carry those genetic imprints. Our hands, for instance, evolved from prehistoric fish fins, and scientists can trace our skin and teeth to prehistoric reptiles. Scientists at the University of Cambridge have performed experiments on the embryos of skates that point to a possible evolutionary connection between the gills of those fish and our limbs.

Skates are “cartilaginous fish,” along with sharks and rays, which means their gills are protected by skin flaps. Those flaps in turn are held up by arches made out of cartilage. And a key feature of those arches are appendages called branchial rays that fan out much like fingers.

Back in 1878, a German anatomist named Karl Gegenbaur speculated that paired fins (and, ultimately, limbs) evolved through a gradual transformation of the gill arch—much like the vertebrae in the human background, each of which is a little bit different, but nonetheless based on a common ground plan. It made sense, but nothing in the fossil record lent support to his hypothesis, so it was summarily discounted. 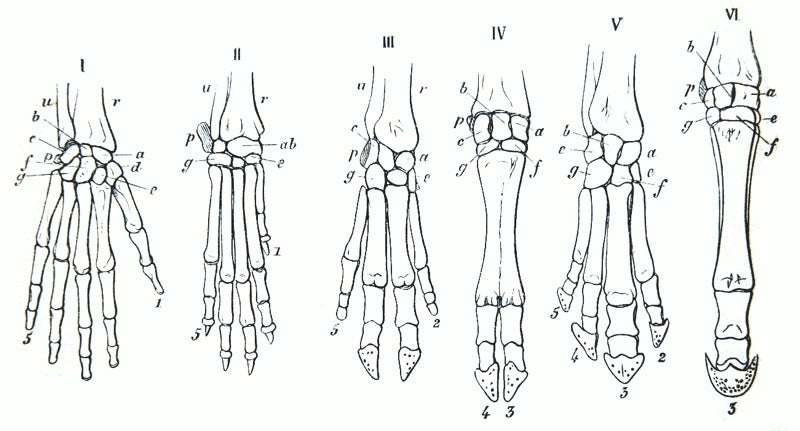 The Cambridge researchers approached the question from a different angle. Whereas Gegenbaur based his conclusions on anatomical analysis, they focused on what the underlying molecular mechanisms might be for such a connection. “Geganbaur speculated that gill arches and fins/limbs were evolutionarily related because they appear to be built according to a common ground plan,” lead author Andrew Gillis told Gizmodo. In contrast, “We’ve identified a molecular feature that could be a key part of that ground plan.”

That key is a gene colourfully dubbed Sonic hedgehog, known to play an important role in determining the form and number of digits, and making sure everything is in the right place. Early on in the developmental stage of mammalian embryos, it’s the Sonic hedgehog gene that helps determine where the thumb and little finger will be on the hand, for instance. As the embryo grows, Sonic hedgehog makes sure everything keeps growing until it reaches full size. 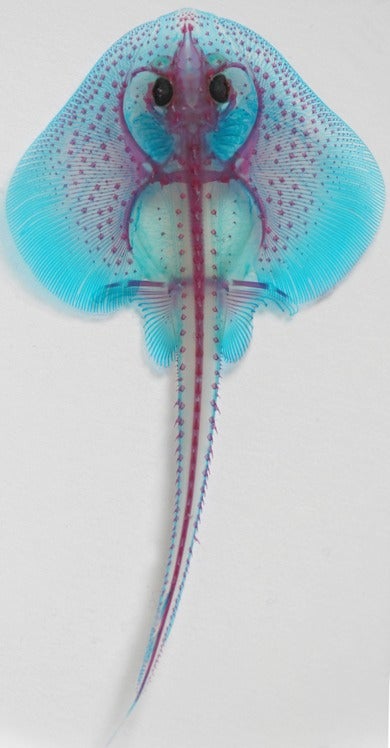 That’s how it works in mammals, anyway. But how does the gene function in skate embryos? To find out, Gillis et al. tweaked the gene to inhibit its expression at various stages of development.

The result: Disrupt the gene expression early on, and you’ll get those finger-like branchial rays forming on the wrong side of the skate embryo’s gill arch. Inhibit it later in development, and they’ll form in the right spot, but there are fewer of them.

In other words, the underlying mechanism seems to be the same.

“The extent of the similarities here is compelling,” University of Chicago evolutionary biologist Neil Shubin (author of Your Inner Fish) told Gizmodo. “Those rays are really behaving like digits developmentally. Essentially what [Gillis] is seeing is that some of the genetic processes that build and pattern gill rays are fundamental to the formation of limbs with fingers and toes. That is a very interesting insight.”

So does this mean that Gegenbaur was right all along? It’s not quite that cut-and-dried, according to Gillis. Perhaps fins and the branchial rays of gills evolved independently, but use the same underlying mechanism. Alternatively, fins and gills might be completely unrelated, and just happen to use a couple of the same genes. Gillis is hopeful that his research will help distinguish between these two scenarios, as we learn more about the genes involved in the development of shark and skate gills—and how they interact with, and regulate, each other.

Or maybe it’s time to give Gegenbaur his due and accept that fins (and, ultimately, our own limbs) did evolve from gills. In that case, uncovering evidence in the fossil record is the only way to know for sure. And as Shubin observed, “A fossil with transitional morphologies between gills and limbs would be quite amazing to see.”