Earlier this year the Chilean architect Alejandro Aravena was named the winner of the Pritzker Prize, the top honour in the field, in recognition of his revolutionary affordable housing projects. This week, Aravena made the designs for four of those structures open-source, in a move that could help cities everywhere with their housing troubles.

Aravena’s most famous works have been called “incremental” housing because they deliver a basic structure that residents can add to over time, as their needs and desires change. Not only does this alleviate the need for higher upfront construction costs, it also gives these new homeowners a sense of pride that studies have shown prevents blight and even lowers crime rates. This “half-a-house” philosophy has been proven as an effective strategy for governments to help house their lowest-income residents throughout South and Central America. 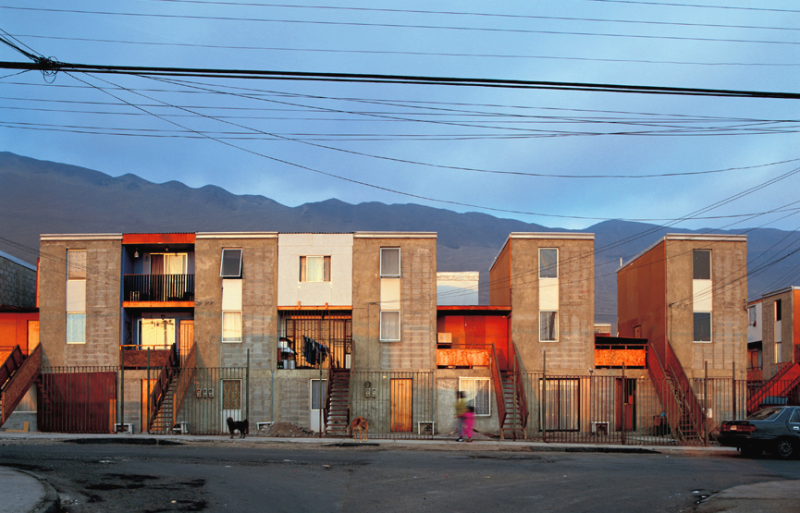 Residences at Quinta Monroy which have been customised by homeowners

But on a larger scale, Aravena’s designs also could help alleviate housing crises facing big, expensive cities, as the architect himself addresses in a statement introducing the project. Aravena estimates that by 2030 the world’s biggest cities will need to house one million new people per week at a cost of £7,077 per family. As cities struggle to add more housing units, the only way these numbers can pencil out is if residents participate in the process—both with their time and their money:

Given the magnitude of the housing shortage, we won’t solve this problem unless we add people’s own resources and building capacity to that of governments and market. That is why we thought of putting in place an open system able to channel all the available forces at play. In that way people will be part of the solution and not part of the problem.

Four of Aravena’s most famous projects are now available for download on his studio’s website, where he’s published the plans as well as guidelines of best practices online for free. Let’s hope that cities are paying attention.