Thermal vision might have been made popular by Predator, but infrared imaging is useful for humans as well as alien hunters. Specifically, giving firefighters hands-free thermal vision could save lives, as well as making Hollywood jealous.

Scott Sight is an thermal imaging headset designed to make firefighters’ lives easier. It integrates a thermal camera into a standard mask, with the camera mounted on the right-hand-side, and a tiny screen positioned in the bottom of the firefighters’ field of vision.

It’s not true HoloLens-style augmented reality—you still need to flick your eyes between the real world and the tiny display—but it works something like Google Glass, or the helmet-mounted display Apache pilots use. 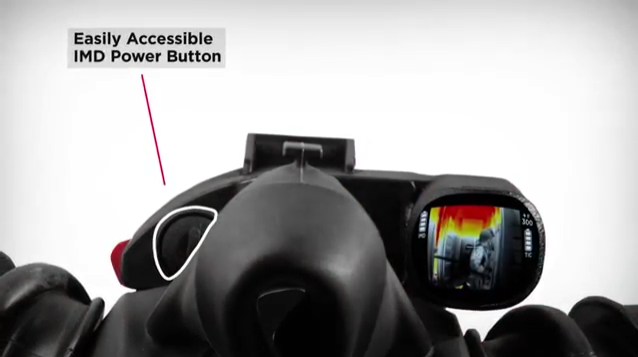 The inside of a Sight mask

Thermal imaging is already a staple in firefighters’ toolkits. It lets them see victims through dense smoke, but also spot hot spots or fires that are burning inside walls. At the moment, handheld cameras with a rear-mounted display are the norm, but they’re bulky, and obviously use up hands.

Augmented reality is currently a jaw-dropping technology searching for practical applications. Scott’s helmet-mounted display is a fantastic start, but imagine a HoloLens-style display, coupled with a thermal imaging camera, which would automatically flag up victims and hot spots—not to mention, of course, giving us a good weapon in the war against Ridley Scott’s alien invasion.