So this is what collecting action figures has come to? Apparently some Star Wars aficionados aren’t content with 3.75 or even 12-inch figures in their collection. They demand something grander and even more elite, which is why a life-size Boba Fett action figure can now be had for just shy of $8,500 (£5,952).

Standing over 78-inches tall, this Boba Fett figure is at least impeccably detailed, and comes with pretty much every accessory he had in the original Star Wars trilogy, minus his spaceship, Slave I.

Created in collaboration with the talented prop replica specialists at Tom Spina Designs, this magnificent six-and-a-half foot tall replica is so realistic, you’ll swear he jumped right off the Slave I! Standing confidently on a light up themed base, Boba Fett is decked out from head to toe in an authentic replica of his Mandalorian armour, featuring an articulated helmet with adjustable rangefinder, intricately detailed fabric costume and utility belt, a light-up chest panel, and braided Wookiee scalp accessories. Armed with a blaster at the ready, and another holstered at his hip, the resourceful mercenary is equipped with his signature jetpack and keeps various tools of the trade stashed in his pockets. The Boba Fett Life-Size Figure is the ultimate collectible for fans of the Fett, a truly unique centrepiece in any home theatre, mancave or Star Wars display.

But calling it an action figure is a bit of a stretch since at most the collectible’s head can turn, and Fett’s range finder can be raised or lowered.

Equally disappointing is the fact that, like with almost every Boba Fett figure released since the original, the missile on his back still doesn’t fire. You’d think if you were spending that much money on an action figure, they’d at least let you risk shooting your own eye out. 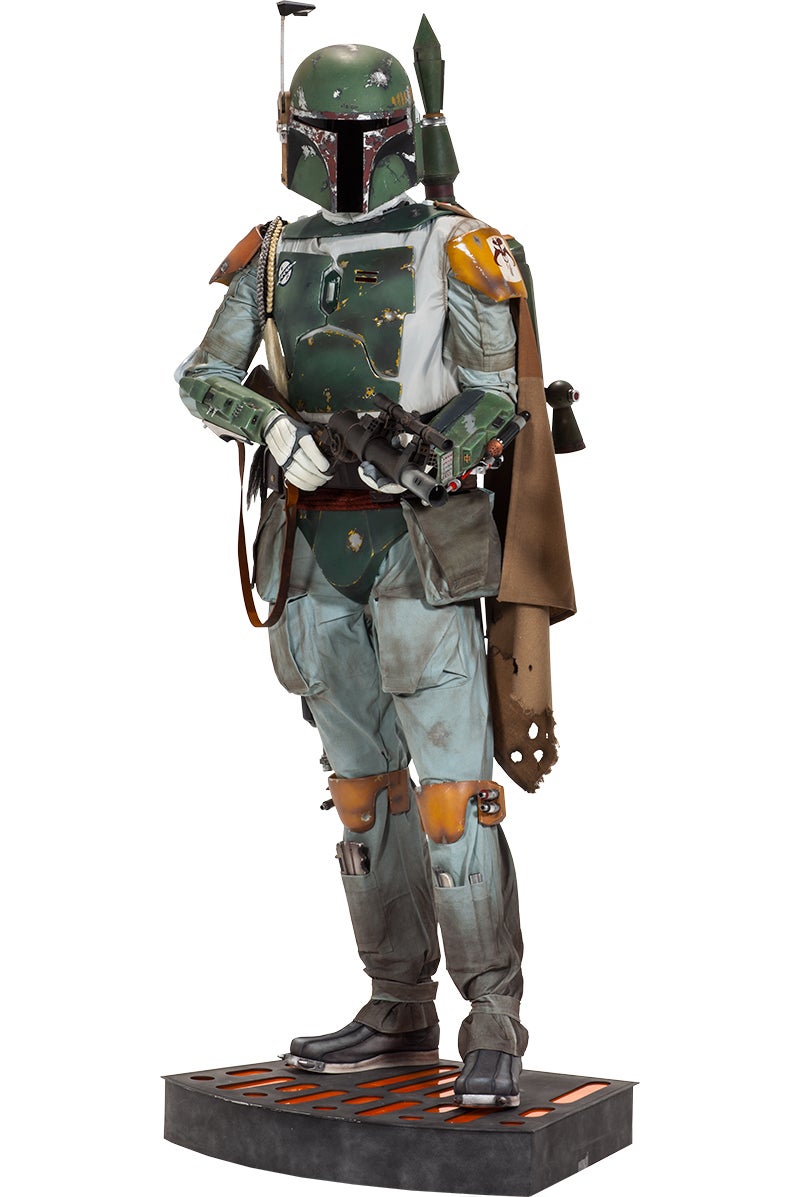