A Defence of Joel Schumacher, the Man Who Ruined Batman's Movie Career

Joel Schumacher will always be remembered for introducing the Bat-nipples to the world (even he thinks so). But the director has also made many, many more movies than his two Batman pictures, and is responsible for some of genre cinema’s most memorable entries, and he deserves to be remembered for those, too.

Schumacher started in show biz as a costume designer before becoming a writer (of Sparkle, Car Wash, and The Wiz), and then breaking into directing with 1981's The Incredible Shrinking Woman, a surreal comedy inspired by Richard Matheson’s The Shrinking Man; it stars Lily Tomlin in multiple roles, including as the title housewife who morphs into a scientific curiosity. 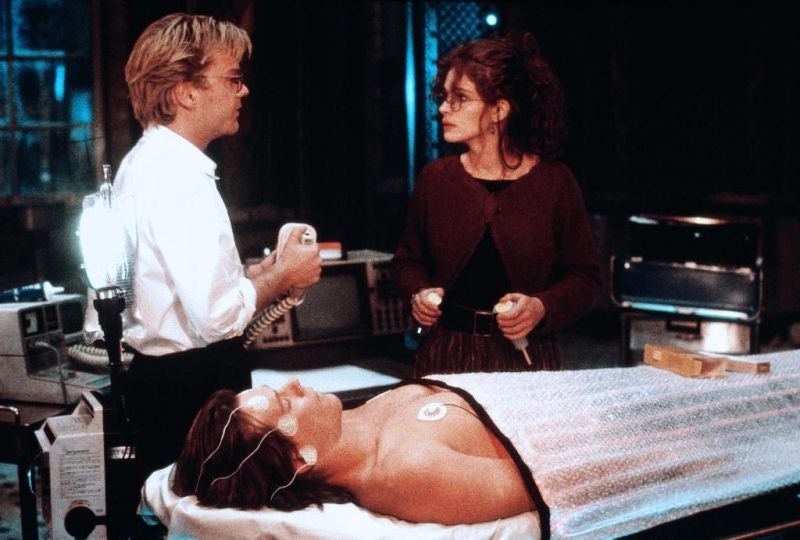 The Incredible Shrinking Woman offered up quite the dose of weird science, but Schumacher would later delve even deeper into that pool with 1990s Flatliners. “Some lines shouldn’t be crossed,” warned the movie’s tagline, but try telling that to a rascally group of med students who’ve become obsessed with dying and then quickly reviving themselves. That’d be risky enough, health-wise, without all the supernatural beasties that follow them back from the other side.

The spooky elements of Flatliners allow Schumacher to indulge his flair for dramatic production design —was there ever a medical lab so shrouded in shadows?—and also showcased his ability to identify talent on the rise, as well as his fondness for work with the same actors across multiple films. Along with Kevin Bacon and Kiefer Sutherland (who’d worked with Schumacher in 1987's The Lost Boys), the cast featured Julia Roberts, who was hired while she was filming Pretty Woman. (The next year, a newly-minted superstar, she re-teamed with Schumacher for another, much sappier movie about death, the romantic drama Dying Young.)

Flatliners was a hit, and it struck enough of a cultural chord that it’s currently being remade. Frankly, it’s incredible that nobody has yet remade The Lost Boys, though Schumacher’s vampire classic is such a product of the ’80s that might be impossible. How are you going to replace the twin-star magic of Coreys Haim and Feldman—or this unforgettable image?

The Lost Boys is full of cool stuff like motorcycles, horror comic books, decaying underground resort hotels, Echo and the Bunnymen songs, beach boardwalks, possessed Chinese food, and taxidermy. And though it lays the vampirism-as-a-metaphor-for-drug-abuse on pretty quickly, it’s also a surprisingly sweet and funny movie about a family struggling to keep it together after a sudden divorce. Besides the Coreys and Sutherland, the cast also included the Academy Award-winning Dianne Wiest. A 2012 retrospective in the LA Times, timed for the film’s 25th anniversary, recalls the reasons behind its lasting impact:

Schumacher credits the film’s appeal not only to the story (with its slight metaphorical nods to teenage alienation, peer pressure and sexual worriment) and the cast but also to the colleagues who surrounded him, including cinematographer Michael Chapman (“Taxi Driver,” “Raging Bull,”) and Oscar-winning makeup artists Ve Neill (“Beetlejuice”) and Greg Cannom (“The Curious Case of Benjamin Button”).

Sutherland, however, says Schumacher deserves recognition for having “a vision” and “an unbelievable sense of style.”

“Joel really is a wonderful director-conductor,” Sutherland adds, “and he took all the parts and blended them together perfectly. We were so young and innocent, and we had all the energy in the world. We didn’t realise how lucky this was going to be for us and how much it was going to matter. There was a kind of wonderful freedom in that. ‘Lost Boys’ in a weird way has become a very good friend to all the people who were involved in it. It was so unabashedly fun.”

Schumacher’s output through the 1990s and early 2000s was mostly devoted to Batman, Grisham adaptations The Client and A Time to Kill (Matthew McConaughey’s launch pad to mainstream stardom), and gritty thrillers like Falling Down, 8mm, and Phone Booth.

In 2004, though, he finally got his chance to direct a musical, adapting Andrew Lloyd Webber’s corny-yet-crowd-pleasing The Phantom of the Opera for the big screen—a project he’d been plotting with Webber for nearly two decades. It’s a gorgeous rendering of the gothic story (so many gondolas, candles, and capes!) but there’s one oddity that nudges the movie into ever-campier territory. That is, of course, the casting of Gerard Butler as the Phantom. 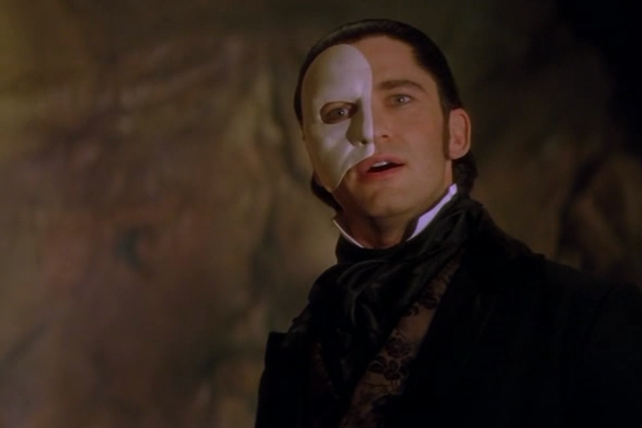 In 2004, Schumacher explained to Film Monthly he first got the idea to cast Butler after catching him in Dracula 2000. (Hey, the guy has a thing for vampires—according to his filmography, he made another vamp flick in 2009 called Blood Creek, which stars Henry Cavill and Michael Fassbender and yet somehow I’ve never heard of it.) But there was a big “if” attached to the casting:

I just had this instinct he’d be a great Phantom. When he talked to me about the role, he really was so emotional about the loneliness, the disconnectedness. He really understood the part brilliantly. And I said, ‘But you have to sing, you know.’ And he had told me he sang in a band in Scotland a couple of years ago. And you know what that means: nothing. ... I said to Gerry, ‘You can’t have this role unless you can sing it; it’s that simple. Can you do it?’ And he said, ‘I could try.’ And I thought, ‘Well, if he’s willing to do that, we’ll give him a shot.’ So he came in and sang for Andrew and me, and he sang ‘Music of the Night,’ and he was great.

And maybe Butler was great in that audition—especially without the knowledge that audiences would soon know him best as an action-movie beefcake type, rendering him an odd choice to play a lovesick ghoul with half a face. Schumacher, usually so right-on in his casting choices, made a weird one here.

After Phantom, Schumacher reunited with his Batman Forever Joker, Jim Carrey, for The Number 23, which is about paranoia, numerology, hidden messages, simple arithmetic, tribal tattoos, and Virginia Madsen’s ability to look equally good with blonde curls and black bangs.

It’s an odd one; the New York Times dubbed it “an accidental comedy” while backhandedly complimenting Schumacher by calling him “a master crafter of overwrought pulp fiction” and begrudgingly admitting “no matter how preposterous, Mr. Schumacher’s films almost always have a certain pop je ne sais quoi.”

Though The Number 23 never quite hits its target, that review sums up Schumacher’s appeal: his work is often over-the-top and can favor style over substance, but his filmmaking choices are always in the service of being as entertaining as possible. Lately, his output has been limited to directing episodes of House of Cards—but for the sake of cinema and the pleasure of our eyeballs, let’s hope he’s got something in the pipeline for the big screen soon.

Just so long as it isn’t another Batman film.