Images of yet-to-be-announced gadgets can be a bit of a crapshoot. Anyone with a laptop and a decent knowledge of Photoshop can send fan boys frothing. So part of me hopes that these new Moto X images are fake, but growing evidence suggests they are, in fact, the real deal.

First spotted back in December but largely dismissed as a prototype, the fourth-generation Moto X—rumoured to be launching sometime this summer—doesn’t leave much to the imagination with new press renders from HelloMotoHK this past weekend.

And man, does this phone look weird.

The biggest departure from previous Motorola phones is the new X’s choice in material. Like many other long-time holdouts, Motorola seems to be embracing an all-metal design in 2016—or at the very least, adding it to the list of available materials through its web-based Moto Maker design store.

That’s all fine and good, but there are few other firsts that are more troubling. One the front side, Motorola is finally bringing a fingerprint sensor to its flagship phone, a feature that was painfully missing from last year’s Moto X. However, it’s attached a freaking massive bezel. In one Droid render, you can see there’s just enough room to fit Verizon branding between the screen and fingerprint sensor. (Gross.) But this is likely what the fingerprint sensor will look like because we’ve seen separate leaks about it already. 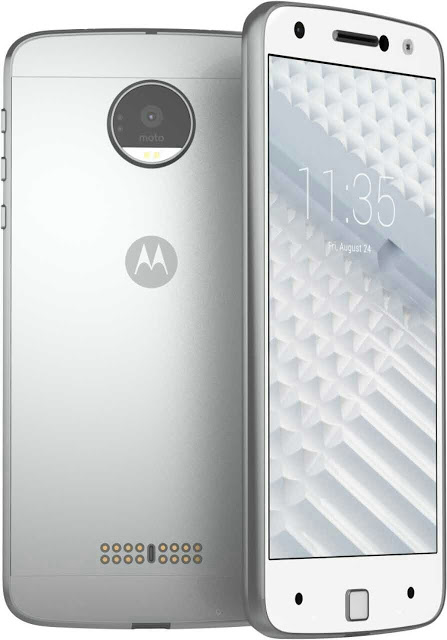 Then we get to the camera. Now, I obviously can’t speak to quality since I haven’t tried it yet. But if Motorola is able to somehow beat out the shooter that’s on the Galaxy S7—in daylight and lowlight—I will gladly love this bulbous little globe and eat my words. The camera does add a huge bulge to the back of this phone, though. It almost looks as bulky as the lens on the Galaxy S6, easily that phone’s biggest design flaw (which they fixed with the S7). The module itself also looks suspiciously like the Moto 360, with the notorious “flat tire” included. Except most people hate the flat tire, so I’m not sure why Motorola needs to remind us of it.

But the worst thing about these renders is that the device doesn’t really look like a Motorola phone. It doesn’t appear to have a rounded back, a recessed Moto logo for ergonomics, or the company’s philosophy of fitting the most screen in the smallest body, something they stressed endlessly with the Moto 360. It’s just another metal slab of glass. One among many.

Of course, we all know the saying about judging book and what not. It looks like the Moto X has connector pins attached on the back, similar to the Smart Connector rumoured for the iPhone 7, which could do lots of fun stuff! As far as specs go, I’d expect the new Moto to be top of the line, meaning a Snapdragon 820 processor, 4GB of RAM, and a 2k display. That’s also cool!

Who knows? The new Moto X could be a perfectly fine or even very great phone. After all, looks can be deceiving.