A self-assembling space habitat, a deep sleep chamber to shuttle astronauts on long journeys, and a protective magnetic force field are the latest projects NASA is embarking on.

NASA’s Innovative Advanced Concept (NIAC) Program is responsible for funding futuristic space concepts that could, as NASA puts it, “change the possible.” It’s not enough to merely be a cool concept, though—projects are also screened for technical plausibility. In its latest round of funding, NIAC’s Phase II programme has selected eight projects to move ahead. Among the most promising ones are three focusing on how to build liveable future habitats in space.

To travel further into space, it would be helpful to have outposts to stop at along the way. These early stage Growth-Adapted Tensegrity Structures would seed chosen outpost points with building robots that could not only create the initial rotating space outposts, but could modify them for future needs as well. The current project will start by looking at the feasibility of setting one up outside of the lunar orbit, but researchers add that, if successful, these structures could someday be almost anywhere. 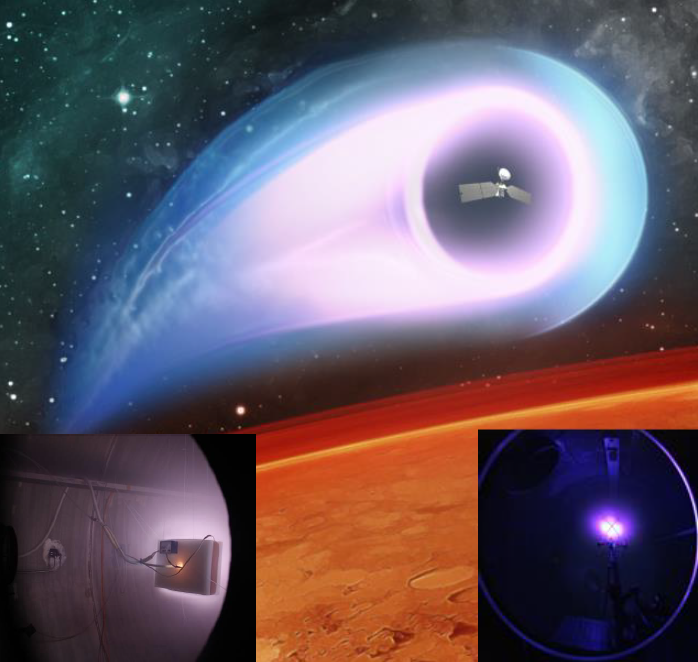 The Magnetoshell in action / Image: David Kirtley via NASA

Colonising Mars will be anything but simple, and one of the main challenges will be landing on the surface without crashing or burning up. This magnetic space shell—aptly called the Magnetoshell—would throw a magnetic field around a Mars-bound spacecraft. As it fell through the planet’s atmosphere, researchers hope that the resulting interaction can act almost as a second set of brakes, slowing down the craft enough that the actual landing protocol would need less fuel. Early designs were focused on putting together initial plans for landings on both Mars and Neptune. Now, researchers intend to look at how a Magnetoshell might work for crewed missions even beyond that, to locations all over the solar system.

Many of the recent proposals were dedicated to what happens when we get into deep space. But to arrive, you first have to make the journey—and that could take years. That’s where this deep sleep chamber comes in. It’s not a cryo-sleep chamber, researchers emphasise, at least not yet. Instead, the idea here is to first build a chamber capable of medically-supporting astronauts who are in a deep sleep.

In addition to these three, you can look at the full slate of approved NIAC Phase II projects right here.