7 Bullshit Cures For Zika That Are Spreading Online

The Zika virus has officially spread to over 50 countries, including the United States. And like public health threats of the past, there are plenty of hucksters trying to sell “natural” remedies for Zika online. But they’re all bullshit.

“There are no [US regulatory approved] medical products for the Zika virus,” FDA Press Officer Tara Goodwin told me over email. “Unfortunately, during outbreak situations, fraudulent products that claim to prevent, treat, or cure a disease often appear on the market.”

And boy, is she right. Many people are understandably terrified of contracting Zika from mosquitoes, given the kinds of birth defects that the virus can cause in newborns. Like microcephaly—a disease where babies are born with incredibly tiny heads, which doesn’t allow their brains to develop properly.

But the internet is being flooded with “natural” cures and preventative treatments for Zika, all of which should be taken with a boulder-sized chunk of salt. We saw a similar outpouring of fake Ebola remedies back in 2014. And now the practitioners of pseudo-scientific medicine have turned their eye to a virus which is expected to be with us for some time.

If you’re concerned about the Zika virus and see any of the treatments or “cures” listed below, hold on to your wallet for dear life. 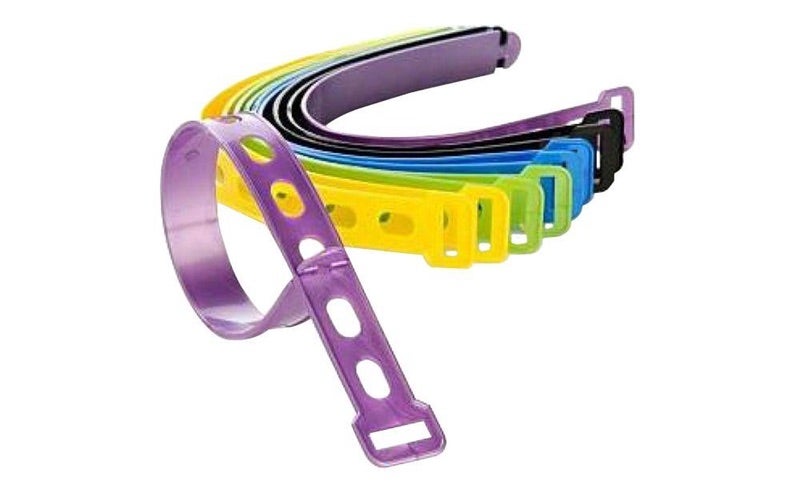 Recently the US Federal Trade Commission settled a lawsuit with the makers of Viatek’s Mosquito Shield Bands over claims that the company was making about protection from mosquitoes. Viatek said that the wristband created a “vapour barrier” which protected anyone who wore them from getting bitten. This, of course, wasn’t backed up by any scientific evidence.

“With Zika virus and other mosquito-borne illnesses in the news, consumers might be looking for products that protect them from mosquitos,” Jessica Rich, Director of the FTC’s Bureau of Consumer Protection said in a statement. “The defendants took advantage of those concerns, and peddled a product without having scientific support that it effectively prevented mosquito bites.”

The company was already ordered by the FTC back in 2003 not to make bullshit health claims, but this most recent action against them shows that Viatek clearly didn’t learn its lesson. Viatek Consumer Products Group, Inc. and President Lou Lentine had to pay $300,000 in fines.

Amazingly, these are still available to purchase. And Viatek isn’t the only one. There are dozens of companies selling “natural” plastic bands that they claim will ward off mosquitoes. They don’t.

Hey look, it’s our old friend Rima E. Laibow, a trained psychiatrist who likes to dress in lab coats for some reason. Laibow is a big fan of Nano Silver, and believes that the Zika virus is actually getting “a bad rap” for birth defects caused by vaccines.

Laibow, much like The Health Ranger from Natural News, thinks that there’s some kind of global conspiracy to blame the birth defects we’re seeing on Zika rather than their true cause: scary, ominous-sounding chemicals. And also like The Health Ranger, Laibow would still love to take your money.

Nano Silver, or colloidal silver, is an antiseptic. But its true believers claim that it’s an antibiotic and general purpose healer that can be used against everything from Ebola to Zika. That’s why so many “natural health” practitioners sell it on their websites.

At the end of Laibow’s recent blog post about Zika she reminds readers to stock up on silver:

Oh, yes, one more thing, make sure, absolutely sure, that you have enough Nano Silver 10 PPM on hand to counter whatever they throw at you. Get it here, www.NSFMarketplace.com.

Do not buy Nano Silver to fight Zika. It may sound vaguely space-agey. But it won’t help fight the virus.

Dr. Vikas Sharma suggests that people treat Zika with eupatorium perfoliatum, belladonna, and rhus tox. These plants might have their uses (in the case of belladonna, as a recreational drug), but none of them will do shit to treat Zika.

Homeopathic medicines Eupatorium Perfoliatum, Belladonna, Rhus Tox can be safely used in Zika virus infection treatment. These medicines come the closest in treating the symptoms of Zika virus infection. In an epidemics when a huge number of person are attacked by acute and similar sufferings from similar cause, Homeopathy can be of great prophylactic help. Homeopathy has been highly successful in treating epidemic diseases.

Again, none of these things will treat Zika virus.

The people at NaturalHealth365 are big believers in vitamin C. But there’s precisely zero evidence that vitamin C will help fight Zika.

Unlike Ebola, Chikungunya, and Dengue, there are not yet any reported cases of Zika virus infection being treated with ozone, vitamin C, or hydrogen peroxide. However, it would completely defy scientific logic to think that Zika would not be readily responsive to any or all of these anti-viral therapies. All viruses to date that have been treated in the test tube or in the infected patient have responded in a similar positive fashion.

It has long been conventional wisdom in the United States that high doses of vitamin C can boost the immune system. But unfortunately, that myth is the result of a man named Linus Pauling whose research on vitamin C’s treatment of the common cold (and other, more serious diseases) has since been debunked.

High doses of vitamin C might make you feel good, but it won’t do anything to ward off Zika virus.

This guy is telling people that all they need to fight the Zika virus is to eat dirt.

Do not eat dirt, edible or otherwise. It will not cure Zika. And it doesn’t taste very good. Well, I’m guessing. I’ve never eaten dirt.

If you see anything with the word “homeopathy” being marketed to treat Zika virus, run in the other direction as fast as you can. It simply doesn’t work. Study after study after study has proven that homeopathy is garbage.

I don’t doubt that there are homeopathic “doctors” who believe in the garbage they’re peddling, but you certainly have to be sceptical of people who say that you shouldn’t trust drug companies because they’re only out to make money and then ask for money to provide their own homeopathic “cure.”

This website, Pay After Cure, explains that they don’t want to give out the homeopathic remedy for Zika because they need to treat each patient individually:

We have intentionally not given the names of the remedies here as homeopathy is based on individual symptoms and one remedy may not work on another even though both are infected with Zika virus.

As we explored last week, websites like Natural News accuse the US Centers for Disease Control of planning a global conspiracy around Zika. Writers like Mike “The Health Ranger” Adams claim that chemicals and vaccines are the real cause of Zika virus—but he’d like you to buy his “chemical-free” bug spray anyways.

Notice the ad up there just to the right of the Health Ranger’s story? Adams wants to warn you about ZIKA MOSQUITOES! The only problem is that there’s no such thing as ZIKA MOSQUITOES. There are just mosquitoes that happen to be carrying Zika. There’s also no such thing as a chemical-free bug spray. Even this “truly natural repellant spray,” which is sold by the author of the article, contains “chemicals” because that’s what our world is made of.

But you don’t need to take my word for it. Take any of the ingredients in the Health Ranger’s bug spray at random and just add “chemical composition” at the end in Google. Like Lemongrass oil: C51H84O5. If natural bug sprays had C51H84O5 in their ingredients list instead of “lemongrass” would you be more terrified of their chemicals?

I can’t personally speak to the efficacy of the Health Ranger’s very special mix of “chemical-free” chemicals at getting rid of ZIKA MOSQUITOES. But I do know that DEET, the active ingredient in traditional bug sprays, is both safe for use on human skin—even while pregnant—and incredibly effective at deterring mosquitoes from biting you.

In fact, DEET is the most effective bug spray we know about, so it’s probably the best anti-mosquito weapon at our disposal, whether those mosquitoes are carrying Zika or not. Sorry, Health Ranger.