Marvel’s Civil War II #1 has finally begun, but are you prepared? Fear not, because we’re here with the answers to all your questions, as well as everything else you should know about Civil War II.

Why is t Happening?

Well, on the macro level, it’s because “event comics” do well. But why another Civil War is brewing in Marvel’s comics-verse, well, in the last year the number of Inhumans (superpowered mutants (but not capital-M “Mutants” like the X-Men) who regular humans transformed by exposure to a mysterious substance called Terrigen Mists unlocking secret potential within dormant Inhuman genes hidden in their bodies) has been on the rise in Marvel’s comics, as a giant cloud of Terrigen Mists moves its way around the world. 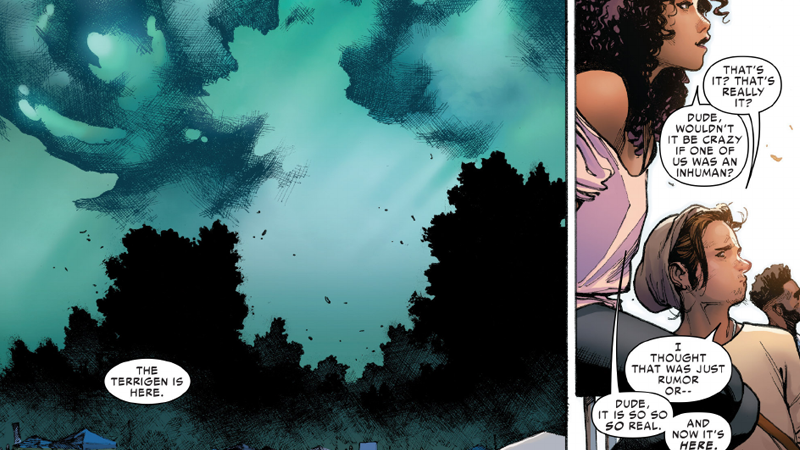 One of these young Inhumans, a newly awakened college student named Ulysses, discovers he has the power to predict the future with uncanny accuracy. After being taken in by the Inhumans and taught to hone his abilities, Ulysses predicts the arrival of a cataclysmic cosmic entity that will destroy the Earth... but with information of his arrival relayed to the heroes of the Marvel universe, they band together to stop it.

The real argument then lies with what to do with Ulysses’s abilities. Can he be trusted to be as accurate all the time? Should his visions be used to pre-prosecute villains before they can act? It’s all very Minority Report, as much as Marvel dislikes the comparison; they prefer the zeitgeisty allusions to security and privacy that has dominated conversations in the wake of the Snowden leaks. Either way, two sides will form over the argument of how to solve a problem like Ulysses.

Surprisingly, noted arsehole and outright villain of the last Civil War event, Tony Stark, is not on “Team Pre-Crime Is Pretty Good You Guys”. Instead that honour goes to Captain Marvel, who is currently a member of the Ultimates, a cosmic superteam that was formed to counter grave threats to Earth before they become a threat. Tony rises up as her opposition, believing that it is morally wrong to punish people for crimes they may or may not commit on the word of an Inhuman he doesn’t know.

While we don’t know for certain how every hero fits in (there’s going to be a whole miniseries about heroes picking their side, running alongside Civil War II) art released promoting the Choosing Sides miniseries featured characters split like this:

Marvel has since noted that these sides are neither definitive or immutable — just as the original Civil War did, we’ll be seeing heroes change allegiance as the story evolves. That makes sense, as some of these heroes definitely do not feel like they should belong on their current teams.

Not Everyone Will Make it Out Alive

Ah, that old chestnut. It wouldn’t be a comic book event without a good death or two, and no matter how impermanent comic book deaths are, it’s once again because nothing makes for a splashier headline than “Comic Book Character IS DEAD!” But all’s fair in love and (civil) war, so when the greatest superpowered beings in the Marvel universe go toe-to-toe, you can’t really expect it not to feature a bit of bloodshed.

Marvel has been teasing big deaths, including one potential major casualty that will come from the heroes learning, through Ulysses, that one of their own will be responsible for an impending catastrophic attack that can only be solved with said hero’s death. Plus, we already know of a few potential casualties: if you saw Marvel’s Free Comic Book Day offering for Civil War II earlier this month, you know exactly whose days are numbered.

What’s Happening to the Regular Comics? 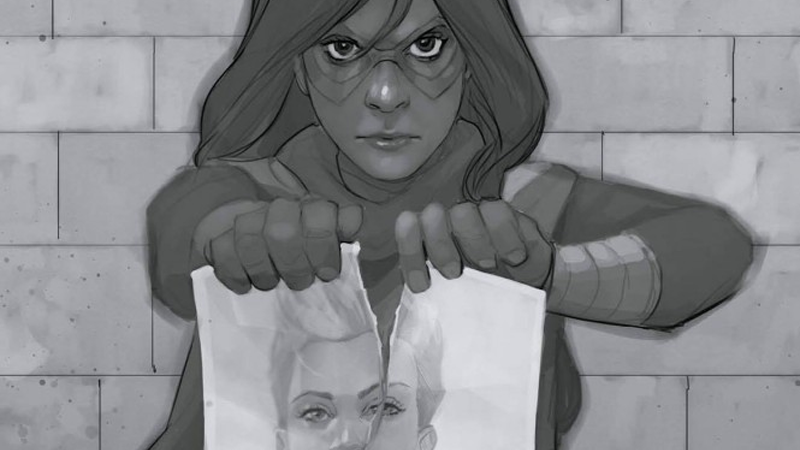 An event series is all well and good if it’s your entry point into a comic, but if you’re a regular reader already, the biggest annoyance can be when said event stampedes all over the series you’re currently reading in an attempt to tie everything together. You can definitelty expect that with Civil War II, because there are going to be a load of comics associated with this event.

Next month alone, there are 17(!) comics carrying the Civil War II banner, including the main series, miniseries, and tie-in issues from current ongoing series. There’s obvious tie-ins like Captain Marvel and Invincible Iron Man, but everyone from Ms. Marvel to New Avengers are getting involved. Odds are if you’re reading Marvel books regularly, at least a couple of them will be interrupted by Civil War II.

However, unlike the original Civil War, Marvel promises that Civil War II will not be as egregious in its all-encompassing stranglehold over the company’s current output. Not every series will be involved: current series we know don’t have plans for tie-ins include Black Panther, Unbeatable Squirrel Girl, and Howard the Duck. Likewise don’t expect Civil War II to touch upon all too many developments ongoing in the regular series. Remember how Captain America is basically a Nazi now? It probably won’t come up in Civil War II.

Is it Really a Sequel to Civil War?

Thankfully, title aside, Civil War II is its own story. The circumstances are different, its central debate a lot less tangible (it’s an argument about precognition, rather than a legal act that’s come into place), and so far, a vastly different cast and approach. Neither Tony Stark or Carol Danvers have yet to to turn into a moustache-twirling arsehole in any of the pre-released material, so hopefully it holds up on the character front too.

...So Why is it Called Civil War II Again? 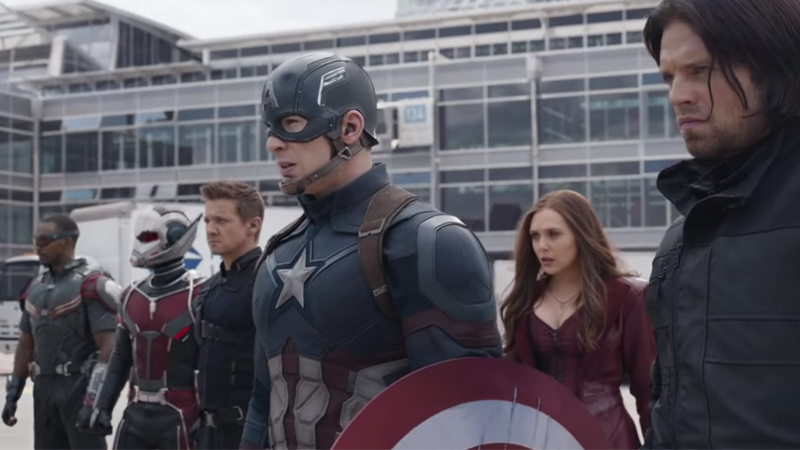 Synergy! The original Civil War, as ridiculous as it was, was an absolutely huge and iconic comic event for Marvel. And let’s not forget that a film that’s raked in over a billion dollars and vast swathes of critical and public adoration came out a month ago carrying its name. What better way to bring people into buying your new comics by taking that recognisable name and slapping a “II” on it?

Oh, and heroes punch each other, I guess. Sometimes that’s all you need.