Play Chess Against a Computer and See What it's Thinking

By Angela Chen on at

Few of us are 18-year-old Go world champions, but all of us can play chess against an AI program that visualises what the computer is thinking.

The viewer makes the first move. When it’s the AI’s turn, the computer sketches out possible moves (often several steps in the future) on the screen before it makes its decision. Orange curves represent the computer’s possible moves, green ones are moves the viewer could make, with the brighter lines being the best moves. 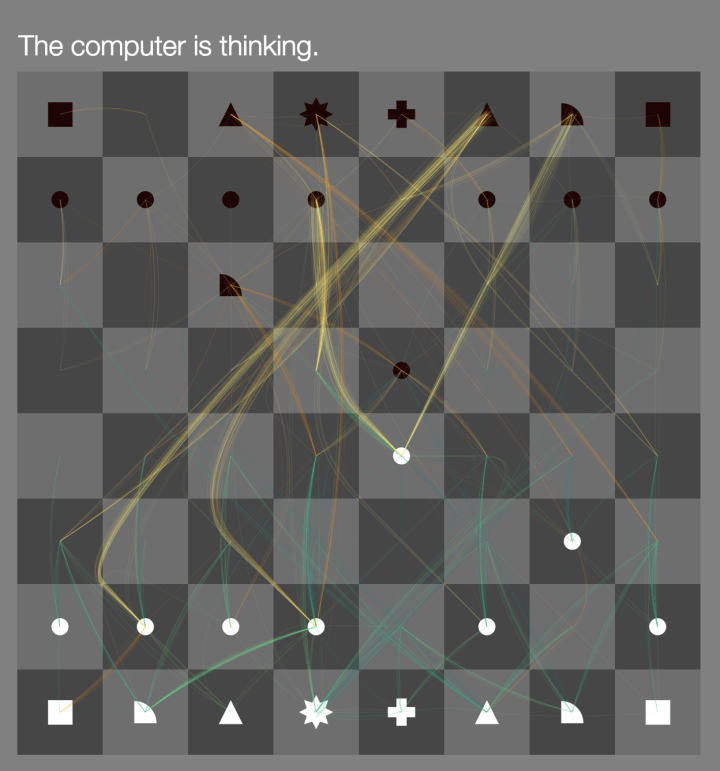 It’s no quantum chess, and most viewers are nowhere near being chess champions much less beating AI at a game like Go, but it provides a rare glimpse into the methods of the machine. [Bewitched, Flowing Data]